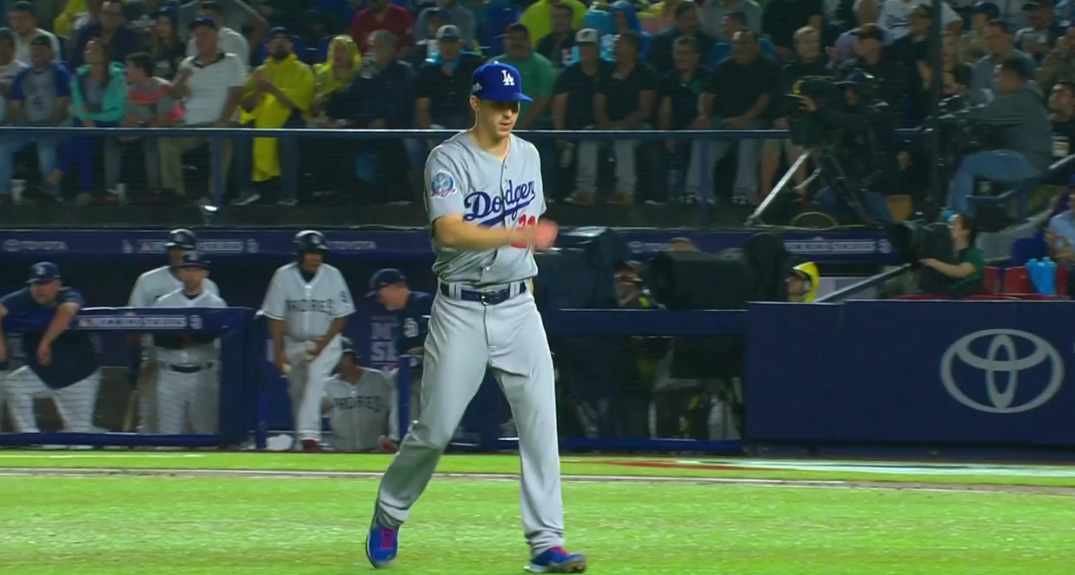 The Dodgers being streaky this year speaks to the inconsistency in their play thus far, but hey, it’s a lot of fun when they’re on the winning side of it. After a convincing 4-0 win over the Padres down in Mexico, the Dodgers have now won three in a row and hopefully it’s a sign of things to come.

We have to start with the performance of Walker Buehler, whose importance to the team went from luxury to key with Hyun-Jin Ryu going down for months. Well, in his first start following his change in role, all he did is twirl six no-hit innings. While he walked three batters, he was utterly dominant throughout with eight strikeouts, and there wasn’t a whole lot of danger thanks to what looked like particularly sharp off-speed pitches tonight.

Folks … this is good.

Unlike for Rich Hill, the offense provided support for this no hitter and they got things started early. Chris Taylor began the game with a walk, Enrique Hernandez followed with a single, and then Matt Kemp skied a pop-up … that fell for a single after it was lost in the dark sky for a 1-0 lead in the 1st.

The Dodgers then got two more runs in the 2nd after CT3 and Enrique went back-to-back with two outs to make it 3-0.

The bats then got a bit of insurance in the 6th thanks to a triple from Chase Utley to start the inning and then a one-out oppo single by Alex Verdugo to bring him home and make it 4-0.

The bullpen was tasked with just not ruining everything yet again, and Tony Cingrani made the 7th more exciting than he should’ve by walking two. Fortunately, he also notched a strikeout in getting out of a scoreless frame.

Yimi Garcia got the 8th, and despite his bad luck in his 2018 debut, he sorta looks like the guy he was before the injury. He was throwing 95+ mph consistently, which was when he was previously at his best, and he got a 1-2-3 inning with two strikeouts.

That left Adam Liberatore in the 9th to secure the combined no-hitter, and he did exactly that with a 1-2-3 inning, including two strikeouts.

The Dodgers win their third straight to improve to 15-17 on the year and 8-9 away from home.

They play the Padres again tomorrow at 1:10 PM HST/4:10 PM PST/7:10 PM EST, with Kenta Maeda on the mound against Bryan Mitchell.