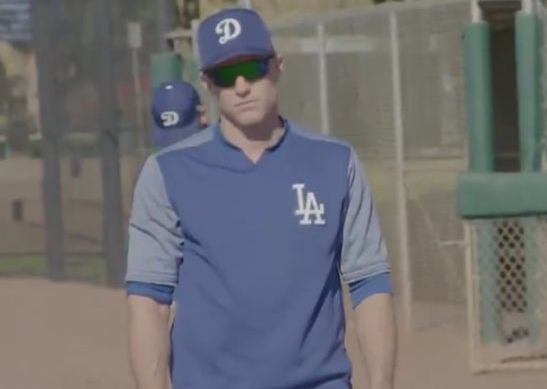 It wasn’t the prettiest of wins for the Dodgers on Wednesday night, but they finally managed to pull one of these less-than-ideal wins out, which was something that has been missing for them all year long. While their starter was shaky, their best reliever got touched, and scoring chances were wasted, they still got the job done against the D-backs in a 6-3 victory.

Still, Wood limited the damage by pitching out of first and third with nobody out in the 2nd and bases loaded with one out in the 3rd. He labored again through 94 pitches in just five innings, but limited the damage to just one run on five hits and three walks, striking out four. An admirable effort to not let things get out of control.

On the other end, despite Patrick Corbin now doing his best Wood impersonation in terms of velocity, he was effective and also allowed just one run through five. The Dodgers weren’t without big chances though.

In the 4th, Chris Taylor singled and stole second, Matt Kemp drew a one-out walk, and Yasmani Grandal followed with another walk to load the bases. That brought up Cody Bellinger, who summed up the Dodgers efforts of late by swinging through an 89 mph belt-high fastball to strikeout. Fortunately, the Dodgers were able to scratch a run over via wild pitch to tie the game, but that’s all they got after Austin Barnes struck out.

The bats had another golden opportunity in the 5th after Yasiel Puig and Kyle Farmer singled to put runners on the corners with nobody out. Pinch-hitter Tim Locastro struck out on three pitches, which made me cry for Andrew Toles, but then CT3 walked to load the bases. Unfortunately, Enrique flew out and Matt Kemp grounded out, leading to further misery.

Fortunately, the Dodgers managed to breakthrough in the 7th, though even that was more due to the D-backs failings than anything else. Grandal, Barnes, and Puig all singled, which brought up Farmer with one out, and by the grace of god he hit a sacrifice fly to give the Dodgers the lead.

Max Muncy then walked to load the bases again with two outs, after which the Dodgers got another run after CT3 was hit by a pitch. Before Enrique struck out to end the threat, they managed to get another gift run on a wild pitch to make it 4-1.

Unfortunately, the pen was a problem again. After Pedro Baez got a scoreless 6th, the best reliever so far in JT Chargois entered for the 7th and allowed two runs on two hits and two walks while only getting two outs to cut the lead to 4-3. They were then forced to turn to Scott Alexander, who got a grounder to end the threat. Alexander continued in the 8th, and by some miracle, got a 1-2-3 frame to preserve the narrow lead.

The Dodgers managed to avoid the lack of insurance runs costing them, as the 8th started with a Barnes walk and Puig single. Then with one down, Chase Utley pinch-hit and came through with a double into the gap that boosted the lead to 6-3.

That brought on Kenley Jansen for the 9th, who still isn’t having velocity problems anymore but can’t seem to induce swinging strikes with his cutter either. Still, at least he didn’t get shelled this time, and induced three weak outs for a drama-free 1-2-3 frame.

When you start to turn things around pic.twitter.com/elOjJdezWp

The win gets the Dodgers to 16-20 on the year and 8-9 at home, which is better than them losing again.

The homestand continues tomorrow with a four-game set against the Reds that starts at 4:10 PM HST/7:10 PM PST/10:10 PM EST. Walker Buehler will take the bump as suddenly the Dodgers best starter, and he’ll face off against Tyler Mahle, who I’ve honestly never heard of and am now horrified of.