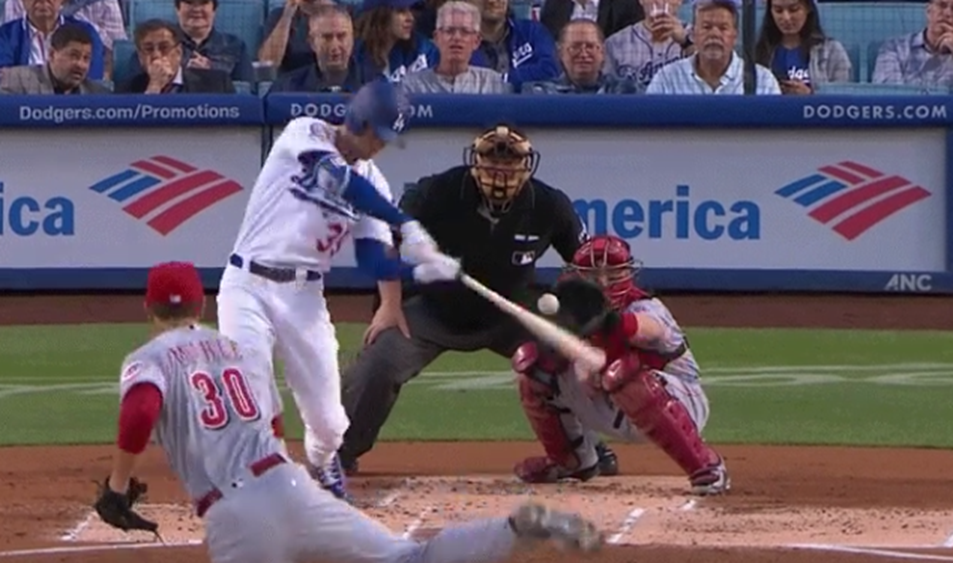 With the Dodgers salvaging a split against the Diamondbacks, it almost seems like a requirement for the Dodgers to start a good run against the Reds if they want to stay relevant. Well they managed to continue looking and playing like absolute dog shit in another hilariously terrible loss by a 4-1 score.

Walker Buehler turned in an excellent start once again, striking out eight in six innings, this time walking none and allowing just five hits over his 93 pitches.

Unfortunately, three of those hits came in the 6th inning, when he allowed a pair of singles and a double to plate two runs. Of course, he continues to be one of the best pitcher (arguably the best) on the staff and it’s when the Dodgers need him to be.

Meanwhile, the offense actually struck early, with Joc Pederson drawing a one-out walk and Yasmani Grandal reaching on a rare error by Joey Votto on a double play ball. With two down, Matt Kemp drew a walk to load the bases, and Chase Utley came through with a single to make it 1-0.

But the Dodgers left the bases loaded in the 1st, which would become a theme again. The bases were left loaded in the 2nd as well and runners were stranded on first and second in the 3rd.

This dude has thrown 90 pitches in 3 innings but has given up 1 run.

Doesn’t help when your best hitter is swinging through fastballs right down the middle now.

The bullpen continued to be a fucking dumpster fire. Pedro Baez entered for the 7th and gave up a run on a double and a triple, while Daniel Hudson gave up a solo homer in the 8th for insurance that they honestly didn’t need. Josh Fields pitched around an error and a single for a scoreless 9th, though! YES!

Back to the offense, they just began to fail another way, going down in the minimum in the next five innings. Well, it was a change of pace at least!

Hey, if you don’t want to read about me calling it embarrassing, let’s check in on the Reds mocking the Dodgers at home.

The Dodgers are being mocked by the Reds at home. 2018 is going well. pic.twitter.com/hFf6WxbH9T

The Dodgers drop to 16-21 overall and 8-10 at home, which is just atrocious. They’ll play the Reds again tomorrow at 4:10 PM HST/7:10 PM PST/10:10 PM EST, hoping to not embarrass themselves at this point. Kenta Maeda will take the mound, squaring off against Matt Harvey, who is terrible now and cut by the Mets, so anticipate a shutout.