Dodgers 7, Nationals 2: An unlikely sweep and a 4-game winning streak 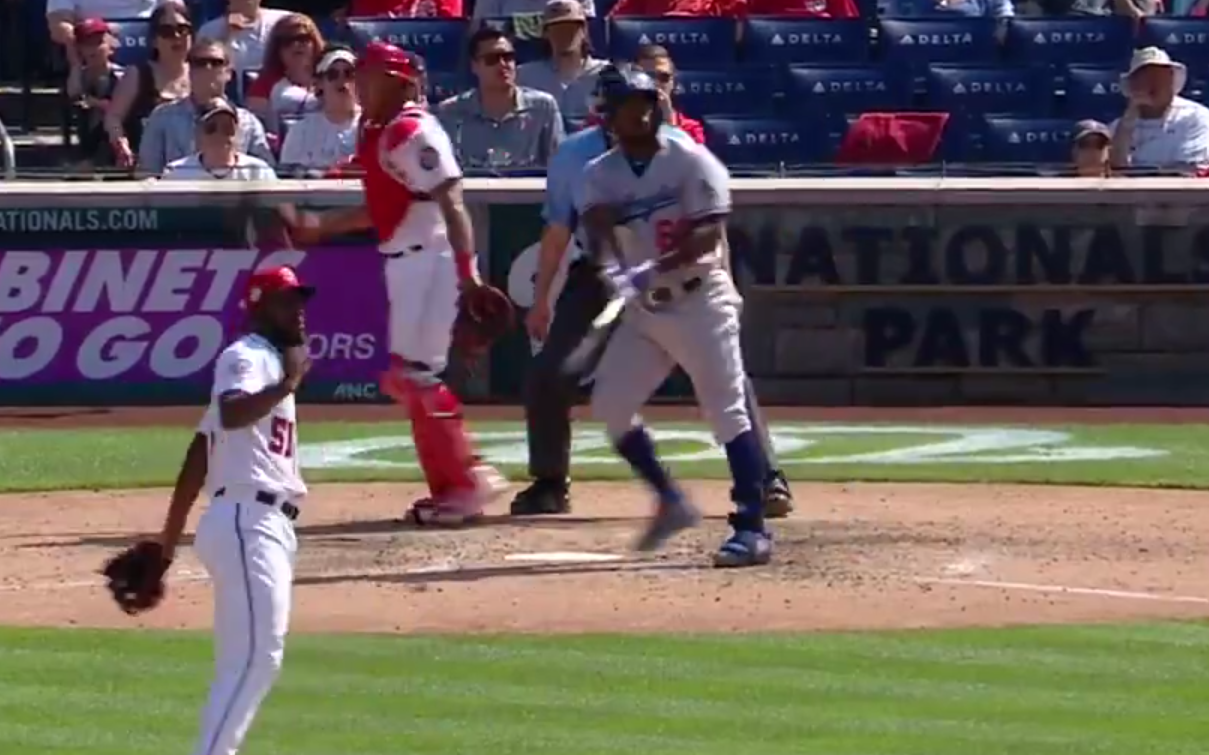 After dropping six in a row, the Dodgers entered today’s series finale against the Nationals amazingly looking for a sweep and riding a three-game winning streak. Well despite getting another tough matchup in Stephen Strasburg, the Dodgers extended their winning streak to four behind a parade of dingers in a 7-2 victory that was … not that stressful?

Alex Wood was forced to exit after just 82 pitches thanks to cramping, but he was efficient through six innings. A Trea Turner two-run shot in the 3rd accounted for the damage against him, but Wood didn’t allow much more than that, giving up just two other hits and one walk while striking out four.

Thankfully, the Dodgers actually decided to provide support for him today and most of it came in the form of the long ball. Yasmani Grandal started the show in the 2nd with a solo shot off Strasburg.

All that power! #Dodgers pic.twitter.com/qzCMcLA8fp

After a lead-off walk from Logan Forsythe in the 5th, Enrique Hernandez immediately bombed a no-doubter to left for two more.

With two outs in the 8th, clinging to a one-run lead, Matt Kemp drew a walk and Yasiel Puig continued his power surge by wrecking a hanging curve to left to make it 5-2.

How about another! #Dodgers pic.twitter.com/zSlduUFbbO

The bullpen then did quality work considering the circumstances. With Kenley Jansen and Pedro Baez unavailable, the much-maligned unit had a tougher task than normal.

Tony Cingrani got the 7th by striking out the side, though the Nats hitters did him the favor of swinging at ball four twice for strikeouts. New acquisition Erik Goeddel then entered for the second consecutive day and got two quick outs, but then gave up a single and a walk, leading Dave Roberts to go with Josh Fields, the Dinger Surrenderer. Fortunately, he did not give up a dinger, and took a liner off his body that thankfully deflected to first for an out to escape the mess.

The offense made the task significantly easier in the 9th by adding to the lead. Hernandez drew a walk and scored on a double yanked down the line by Joc Pederson. Max Muncy then moved him to third with a grounder to second, which I’m assuming sent some fans into the throes of ecstasy, and Cody Bellinger brought him home with a ground out of his own to make it 7-2.

Fields continued on in the 9th, and despite starting the inning with a walk, he then got the next three batters to secure the victory. A comfortable one.

The Dodgers are now 20-26 overall, which is honestly still fucking terrible, but they are only 5 games back in the NL West thanks to the division suddenly sucking balls. My god, there’s hope.

The Dodgers go home and play the Rockies tomorrow at 4:10 PM HST/7:10 PM PST/10:10 PM EST. Walker Buehler will take the mound against German Marquez, which is technically a good matchup, but who knows with this offense?