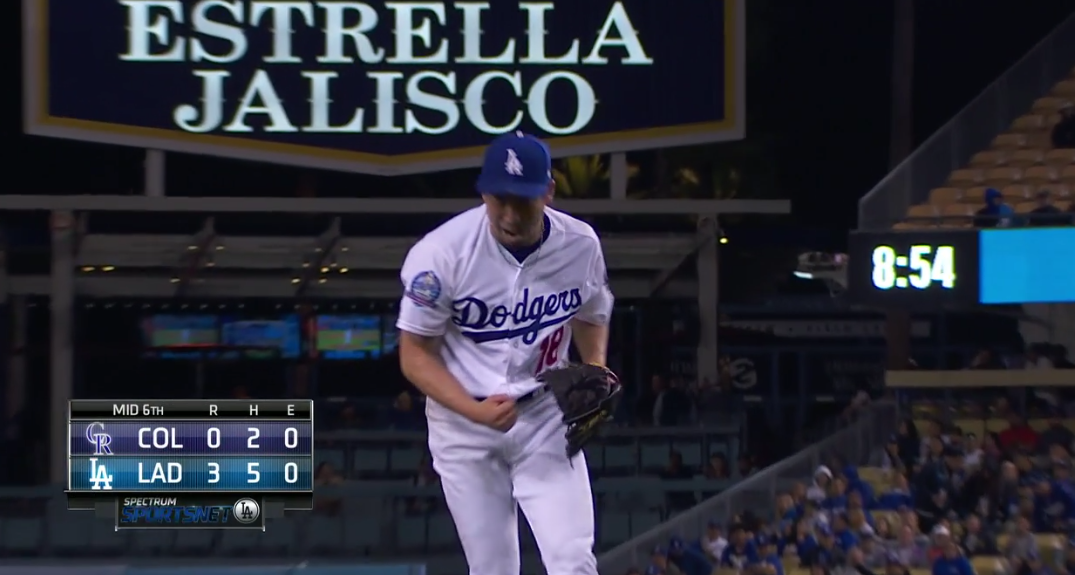 The Dodgers entered today’s game winners in four of their last five and seeking their second series win in a row against the visiting Rockies. Thanks to Kenta Maeda‘s 12 strikeouts, a Logan Forsythe double, and a pair of productive outs, the Dodgers did indeed come out winners of the game, 3-0, and series, 2-1, against the Rockies.

Coming off one of the best starts of his career last time out, in which he threw eight dominant shutout innings, Kenta looked almost as good tonight. Certainly the dominance wasn’t an issue, as he struck out 12 Rockies.

Maeda only surrendered two hits, but walked four, which was part of the reason he threw 111 over 6.2 innings. However, most importantly he allowed no runs and extended his scoreless run to 15.1 innings. The Rockies only really had a scoring chance in the 6th when they had first and third with one out, but Maeda responded to that by striking out Nolan Arenado and Gerardo Parra to get out of it. 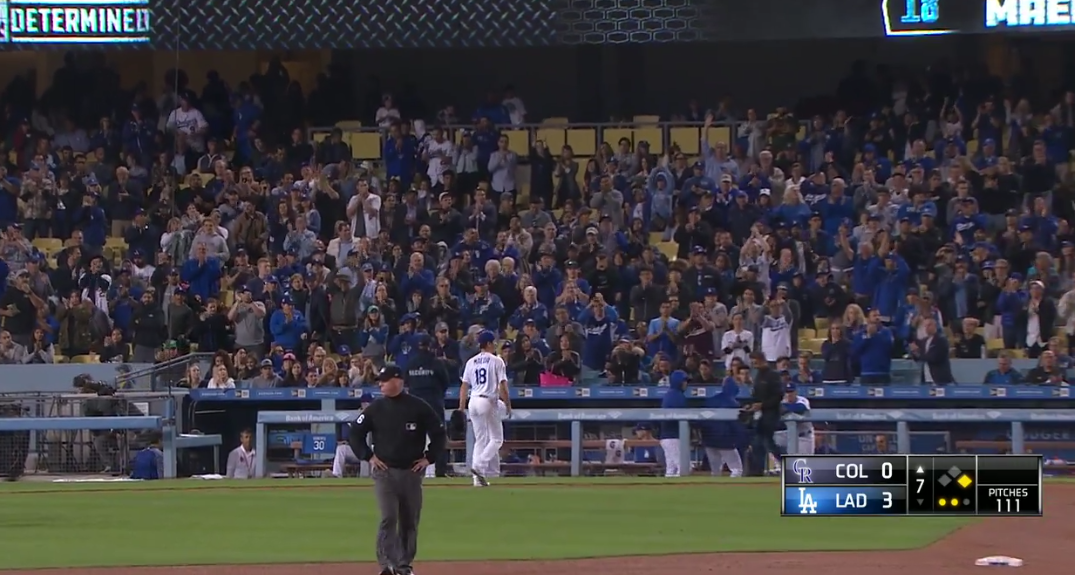 In support of Maeda, the offense finally got things going in the 4th. Justin Turner started with a single and Enrique Hernandez later added one of his own with one out. Shockingly, Forsythe amazingly doubled to left to get the Dodgers on the board.

While it wasn’t a hit, Yasiel Puig then followed with a run-scoring grounder to short to make it 2-0. They then added another in the 5th on a Matt Kemp inning-ending sacrifice fly to left in which Austin Barnes barely scored ahead of JT getting thrown out at second for a 3-0 lead.

The bullpen was thankfully only tasked with 2.1 innings tonight and they did their job. Pedro Baez got a weak infield pop to get out of the 7th, and Scott Alexander followed with a scoreless 8th and allowed just a weakly-hit infield single.

Kenley Jansen was of course handed the ball in the 9th, and while he did give up a two-out ground-ball single, he also struck out the side to get a scoreless frame to nail the game down.

The Dodgers improve to 22-27 overall with the win and are now 10-14 at Chavez Ravine. That may not seem wonderful, but … uh, they are now 3.5 games back of the Rockies in the NL West.

After a day off tomorrow, the Dodgers will start a series with the Padres on Friday at 4:10 PM HST/7:10 PM PST/10:10 PM EST. Ross Stripling will look to continue his quality work on the mound regardless of role, and he’ll be facing off against Clayton Richard.