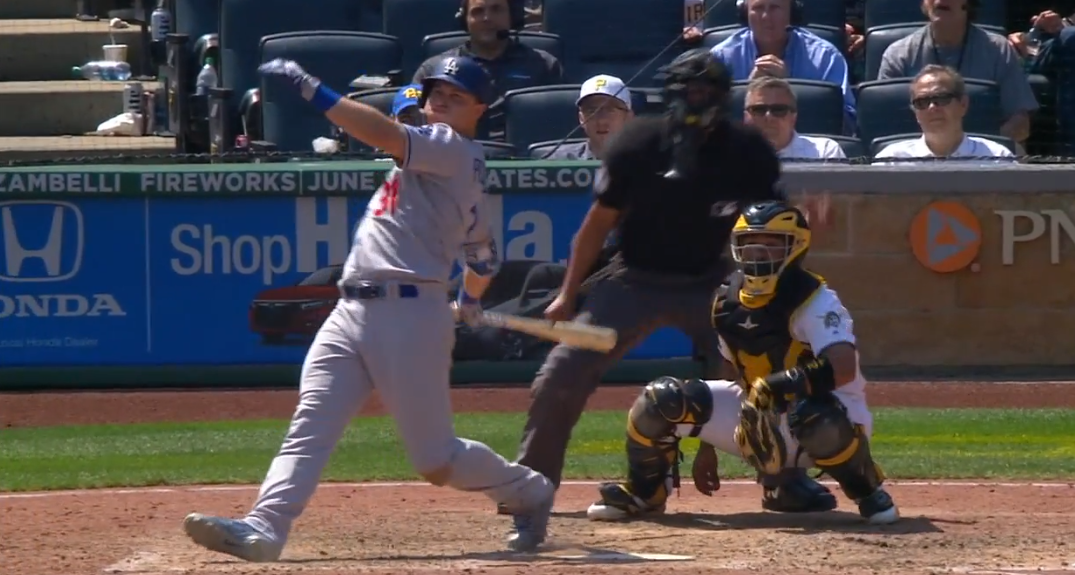 The Dodgers won their fifth series in their last six and have gone six series in a row without dropping one after an 8-7 win against the Pirates today. It was quite the unexpected win though, mainly because the bullpen was tasked with all nine innings, but they pulled through thanks to the bats staying hot.

About five minutes before the game was scheduled to start, it was announced that Dennis Santana would not be making his debut as a starter in the majors and that Daniel Hudson would start instead.

Santana has been scratched. Hudson is starting.

Right lat soreness is why Santana was removed.

Given that the bullpen has already been taxed over the last week or so, this was not the news anybody wanted. The pen game got off to a surprising start at least, as Hudson and Scott Alexander got two scoreless frames. Pedro Baez surrendered a run in the 3rd, but gave them team some length by getting a scoreless 4th. Yimi Garcia then got a scoreless inning in the 5th.

Thankfully the bats continued to stay hot. Joc Pederson made sure things got off on the right foot when he led the game off with a homer to right.

Later in the 4th, Cody Bellinger smashed a one-out double and Chris Taylor followed with a single to put runners on the corners. Breyvic Valera then plated the go-ahead run with a bunt single between the pitcher, second, and first to make it 2-1.

That lead was extended to 3-1 in the 5th when Joc started the inning with a double and Max Muncy singled to put runners on the corners. Later with one down, Matt Kemp grounded to third but beat out a double play, which scored one. The Dodgers tacked on another in the 6th behind a Valera walk and Yasiel Puig booming double off the wall.

That’s also where things got messy for the bullpen. Josh Fields entered and faced just two batters, surrendering a walk and a run-scoring double to cut the lead to 4-2. Edward Paredes then entered and struck out a batter, but was then removed for Erik Goeddel. He proceeded to allow an infield single to put runners on the corners, and a sacrifice fly cut the lead to 4-3, though he eventually got out of it without further damage.

The Dodgers fought back in the 7th after Kemp poked a single through the right side for a single and Bellinger followed by taking 1-2 curve oppo for a homer in the third straight game to make it 6-3.

Goeddel remained in for the 7th and did a nice job of getting another scoreless frame and continues to have not allowed a run as a Dodger. This was a key outing because if he didn’t have it … I’m not sure what they would’ve done.

Goeddel's walk rate is scary and he won't never give up homers, but he's never walked this many batters before and otherwise looks solid at least.

Thankfully, the offense managed to add more in the 8th behind a Logan Forsythe walk and Joc’s second homer of the game, this one a bomb to center to make it 8-3.

As it turns out, they would need those runs, because Brock Stewart was tasked with the 8th and ran into some bad luck while continuing to struggle. He recorded a ground out to start and then allowed a flare single before seemingly inducing a double-play ball. However, Muncy bobbled it at third and put Stewart in trouble. He responded to that by immediately allowing a three-run missile down the line in left to cut the lead to 8-6. Like I said, he’s been unlucky this series, but he’s not getting in trouble so frequently just because of that.

Anyway, that left a five-out save for Kenley Jansen, and he notched a strikeout and line out to escape the 8th. The next inning had more drama than I ever wanted, as after getting a weak ground out, he gave up a homer to Francisco Cervelli. However, he rebounded by inducing another weak grounder and then getting a strikeout.

Thank god, because Kenley was literally the last bullpen arm they had.

Enrique Hernandez is ready to help.

This kid is judging me.

Felt like this kid was judging me through the television. pic.twitter.com/GZIxOsLcEX

The ungodly start time today was so they could fly back home to face the Braves tomorrow, starting at 4:10 PM HST/7:10 PM PST/10:10 PM EST. Walker Buehler will take the mound looking to provide the Dodgers with innings if nothing else, and he’ll face off against old friend Brandon McCarthy.