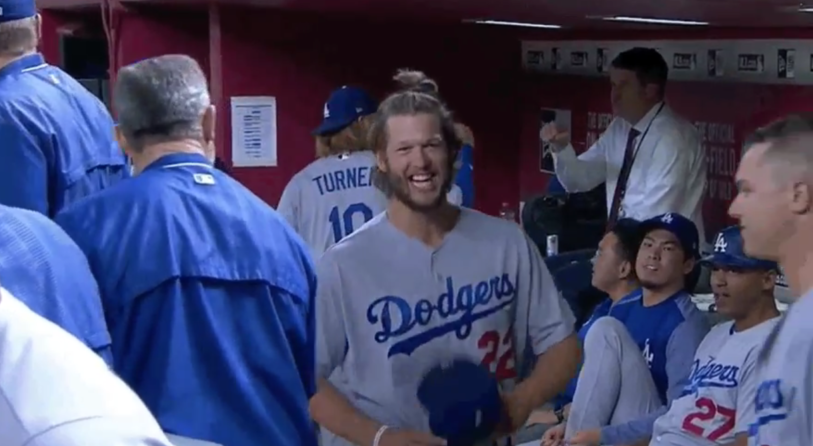 The trade deadline is just a little more than six weeks away. The Dodgers have pulled themselves out of an early season tailspin and will be primed to add to a roster that already has a lot of talent.

This isn’t our trade deadline series quite yet, but thanks to some injuries — as strange as that sounds — the Dodgers might have a little extra money to play with before July 31.

We all know about the ownership-mandated goal of getting under the luxury tax. We’ve written about it a lot here and I even tackled the issue a bit at True Blue LA last month.

Yes, it’s pretty laughable that a team making as much money as the Dodgers are had to reign in the spending this past offseason, but it’s also somewhat understandable — and we really don’t know about the debt service rules and how it ultimately impacted that decision.

The four Dodger pitchers with performance-based incentives are Clayton Kershaw, Tom Koehler, Kenta Maeda and Hyun-Jin Ryu. All three have spent time on the disabled list in 2018, with Kershaw and Ryu having spent the most. Here’s how their incentives break down. All information obtained from Cot’s Baseball Contracts.

Obviously, he wasn’t traded during the offseason. As for the Cy Young, well, Kershaw is probably going to be out for another few weeks (if not until after the All-Star break), and with him posting good-not-great numbers, he’d have to go on some kind of 2015-like tear to even get close to second or third place. With his recent (2018) performance and injury history, that just ain’t gonna happen. Oh, and there are those two pitchers on the East Coast named Max Scherzer and Jacob deGrom who kind of have first and second place locked up.

Koehler hasn’t pitched a game this season. He threw a bullpen session on May 31, but there hasn’t been a firm timetable established for not only his return, but for a rehab assignment. It looks like the best-case scenario is him returning after the All-Star break. FanGraphs depth charts has him projected for just six innings pitched, which seems highly unlikely if he’s back in July. So, let’s look at the innings pitched leaders among relievers in the second half last season:

And four other guys tied with 37 innings. If Koehler comes back and throws that many innings, I’d be in utter shock. Hell, I’d bet on him making 10 starts before appearing in 40 games or finishing 20.

OK, he’s already been awarded the $150,000 bonus for making the roster, so let’s look at the games started and innings pitched incentives.

FanGraphs depth charts has Maeda projected to throw 72 innings and make 12 more starts. If you want to go on the high end, we can look at ZiPS, which has Maeda slated for 87 more innings and 16 starts. That would put him at 144 1/3 innings and 27 starts. That would mean he’d be due $3.5 million for the starts and another $1.5 million for the innings. Add that to his base $3 million salary and the $150,000 from earlier, and you’re looking at an outlay of $8.15 million. I’m inclined to go with the depth charts projection, because Steamer and THE BAT project him at 67 and 72 innings (respectively) and 12 more starts each. If that’s the case, Maeda’s 2018 salary would be $6.15 million, but it wouldn’t be surprising if he got a couple extra outs to hit the 130-inning mark. His career-best earnings came in his rookie season when he was paid $11.9 million.

Of course, the Dodgers could manipulate this by moving him to the bullpen late in the season, but that would be awfully shady and not in the player or team’s best interest. Also, with the way starting pitchers are dropping, I don’t see that happening.

First, he won’t get any Cy Young votes (unfortunately). Second, Ryu isn’t due back until after the All-Star break. Depth charts has him pegged for nine more starts and 50 innings. ZiPS is again on the high side with 60 innings and 11 starts. It doesn’t much matter because Ryu has amassed just 29 2/3 innings this season and there’s no chance for him to get to 170 innings.

The Dodgers have a luxury tax number of around $181.5 million, and that doesn’t include the in-season additions so far (Daniel Corcino, Caleb Ferguson, Erik Goeddel, Daniel Hudson, Pat Venditte, Dennis Santana). The threshold is $197 million. If you figure Kershaw, Koehler and Ryu won’t be getting incentives, it’s just Maeda. He’s going to hit quite a few of them (provided he stays healthy), so if you safely set aside $5 million, that still leaves about $10ish million for the Dodgers to play with at the deadline. They added around $8 million with last year’s deadline acquisitions, if you’re looking for a baseline.

The Dodgers won’t be able to splurge without sending some salary the other way or elsewhere, but they don’t really need to — especially if they don’t acquire a starting pitcher. That market is going to be flooded with teams and not a lot of top-flight arms (I don’t think deGrom gets dealt). The Dodgers might very well roll with what they have in terms of starting pitchers and add to the bullpen instead. It’d be a much cheaper option, financially, and might be a similar cost, prospect-wise, if they acquire controllable relievers. They also shouldn’t need to add to the offense, especially since there are some players at Oklahoma City who could any potential holes.

We’ll see what happens in six weeks. It sucks that the Dodgers have dealt with this many injuries to the pitching staff, but if you want even the faintest of silver linings, this is it.

Dustin Nosler began writing about the Dodgers in July 2009 at his blog, Feelin' Kinda Blue. He co-hosted a weekly podcast with Jared Massey called Dugout Blues. He was a contributor/editor at The Hardball Times and True Blue LA. He graduated from California State University, Sacramento, with his bachelor’s degree in journalism and a minor in digital media. While at CSUS, he worked for the student-run newspaper The State Hornet for three years, culminating with a 1-year term as editor-in-chief. He resides in Stockton, Calif.
@DustinNosler
Previous Dodgers’ hot offense in June making up for pitching injury woes
Next Giants @ Dodgers June 15, 2018: Holland vs. Stripling