Cubs 4, Dodgers 0: Things did not quite go as planned 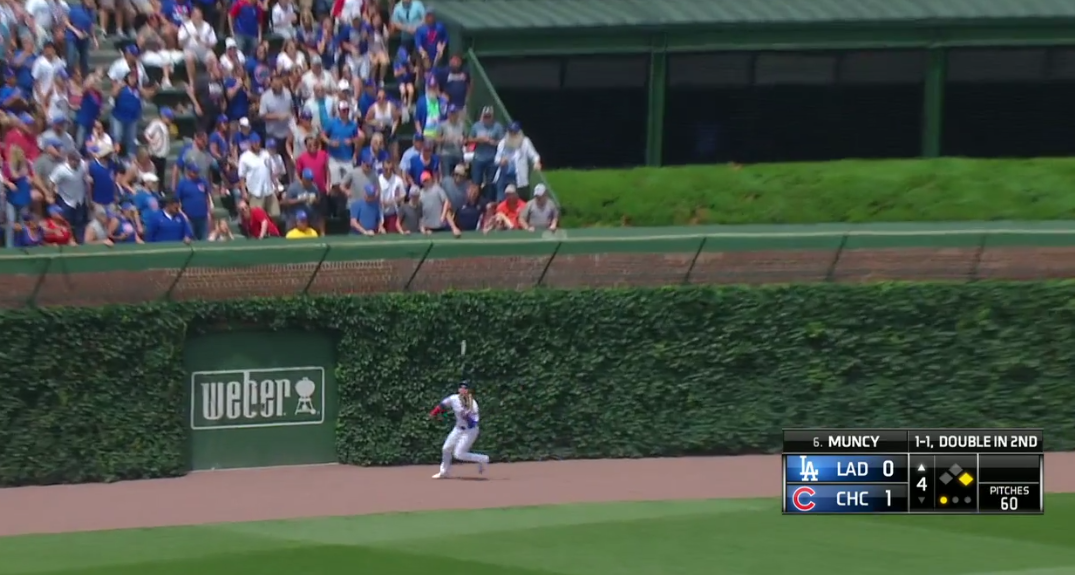 The Dodgers streak of nine consecutive series without dropping one came to an end today against the Cubs after they lost the rubber match this afternoon by a score of 4-0.

Ross Stripling had one of his worst starts of the year, and the fact that it consisted of three runs over six innings says a lot about the work he’s done this year. He walked none and struck out seven, but allowed eight hits over his 84 pitches.

His counterpart Jon Lester was arguably worse, but that didn’t stop him from getting seven shutout innings. Still, the Dodgers hit fly balls of 380, 370, 353, and 347 feet, all to the warning track for outs, and they had 14 balls hit harder than 95 mph off the bat off Lester alone, but they just couldn’t get anything across the plate.

Perhaps nothing summarized the day better than the 8th against the Cubs pen, when Enrique Hernandez led-off with a double and Justin Turner followed by lining a ball … right at Javier Baez at second, who doubled off Enrique at second, ending the threat.

Yimi Garcia entered out of the pen for the Dodgers and continued his up-and-down year, allowing a triple and two singles for a run, only getting two outs in the 7th. Adam Liberatore got out of the inning, but only got one out in the 8th (on a double steal attempt) while allowing a single, a walk, and hitting a batter, which led to Daniel Hudson entering. Hudson escaped the threat on failed squeeze bunt and a dribbler in front of the plate.

Didn’t matter, as the Dodgers went quietly in the 9th, with it hilariously ending on a diving stop on a liner. On to New York.

38-35 overall and 18-16 on the road for the Dodgers now. That Diamondbacks are off today, so the deficit increases to two in the NL West.

The Dodgers have a day off tomorrow as they travel to New York for a series against the Mets.

"A highly rational Internet troll." - Los Angeles Times
@ChadMoriyama
Previous Dodgers @ Cubs June 20, 2018: Dodgers turn to Stripling to win series at Wrigley
Next The Dodgers may have stolen another good player from the Mariners