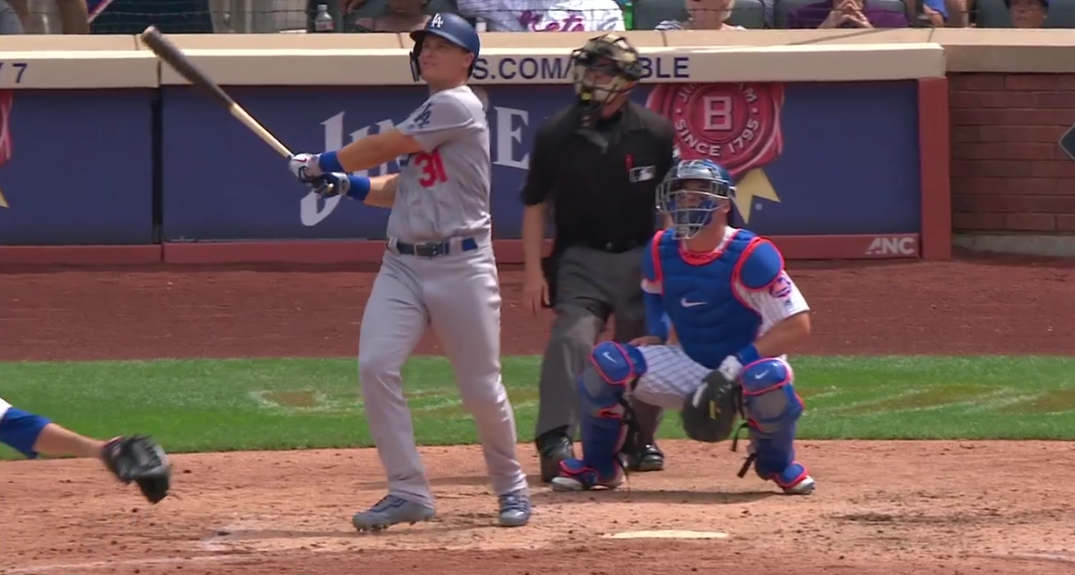 After dropping a series to the Cubs that followed a streak of 10 series in a row without doing that, the Dodgers have bounced back with a sweep of the Mets. Today they were powered by solo dongs, seven of them to be exact, in an 8-7 victory.

The dong-loving Dodgers whipped them out early today, starting the game by going back-to-back. Enrique Hernandez hit his 11th of the year, while Max Muncy followed with his team-leading 15th.

The 2-0 lead didn’t last long, as Rich Hill surrendered a run in both the 2nd and 3rd inning. Both of them happened in the same manner, with Hill hitting a batter and then that batter scoring on a double.

Following the solo shots to start the game, the Dodgers made 10 consecutive outs against what is not a good Mets pen. Thankfully, Cody Bellinger ended that streak with his 14th homer of the year to get the lead back at 3-2.

Hill gave that lead back in the 5th, following a similar pattern. However, this time after hitting a man, he gave up a dong, and the Mets took a 4-3 lead. Rich was done after those five innings, giving up the four runs on five hits, a walk, and those three hit batters.

Once again the offense came right back. In the 6th, Enrique led off the inning by yanking his 12th homer of the year to left to tie the game.

The Dodgers would then regain the lead in the 7th with their fifth solo shot of the day courtesy of Joc Pederson, which was also all five hits they had to that point, to make it a 5-4 game. Unreal.

That left things for the pen, and Scott Alexander was first up in the 6th, securing a 1-2-3 frame that included a strikeout. Edward Paredes continues to be used as a LOOGY, and he got his man to start the 7th. Josh Fields then entered and gave up a deep fly ball to center, but the park held it and Joc had some fun. 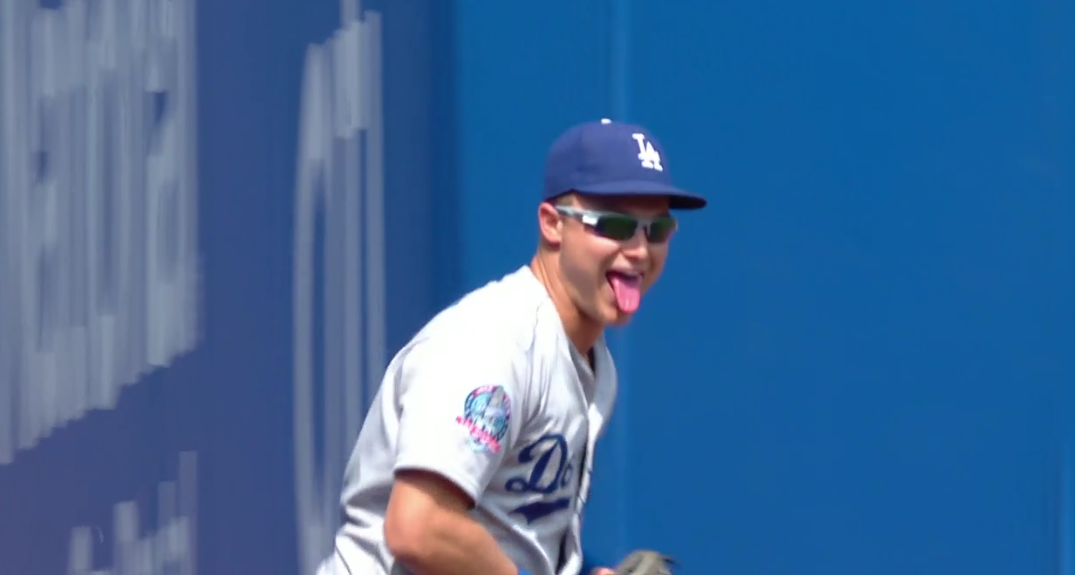 Fields then got out of the inning by inducing a pop-up to the catcher, continuing to look quite effective since his velocity ticked back up to 95-97 mph.

Clinging to a one-run lead is not what you want, so thankfully the bats gave the pen some breathing room in the 8th. Enrique and Muncy started a rally with back-to-back singles to put runners on the corners, and while Matt Kemp grounded into a double play, it did plate a run to make it 6-4. Better yet, Bellinger stepped up next and tied Muncy for the team lead in dongs with his 15th of the year and second of the game, visiting the upper deck for a 7-4 lead.

Erik Goeddel took over on the mound in the 8th, and those runs would instantly prove important. After getting a ground out to start, he allowed a walk and then a single to put runners on the corners. However, Bellinger made a great throw to get the runner at third on the play, but for whatever reason Enrique was too far away from the bag and couldn’t apply the tag. That would instantly cost the Dodgers, as two pitches later Kevin Plawecki would turn on an inside fastball for a three-run homer to tie the game at 7-7. Yikes.

Kenley Jansen entered in the 9th trying to prevent a walk-off, and while he did allow a single, he got out of the inning without issue. The 10th belonged to Daniel Hudson, and he should’ve had a 1-2-3 inning, but he surrendered a walk after even Jose Bautista thought he had struck out. Regardless, no damage was done and he got out of the frame without any other drama.

That was just long enough for the Dodgers to hit another homer in the 11th, this time it came from Justin Turner, his third of the year.

Hudson remained in to try and close things out, which I guess was fine since the only other option was Yimi Garcia. Things started with Chase Utley making a nice glove flip for an out on a weak grounder, but the Mets then got the trying run on with a bloop single. Hudson rebounded with a strikeout, but the ball got past Yasmani Grandal, so the tying run advanced to second with two down. Mercifully, Hudson induced a fly ball to center to end it, though Joc did his best to make it dramatic by almost runner over Bellinger.

The Dodgers improve to 41-35 overall and 21-16 on the road, and the NL West deficit is once again temporarily down to two games.

After a 4-2 road trip, the Dodgers will return home tomorrow to play the Cubs yet again in a four-game series, with the game starting at 4:00 PM HST/7:00 PM PST/10:00 PM EST. Kenta Maeda will take the mound looking to rebound from a wild outing, and he’ll face … somebody. It should be Tyler Chatwood, but he’s on leave to be with his pregnant wife, so it might just be Jon Lester moving up a day on regular rest.