Dodgers 7, Cubs 5: A nice win, but boy is it time to fix the bridge to Kenley Jansen 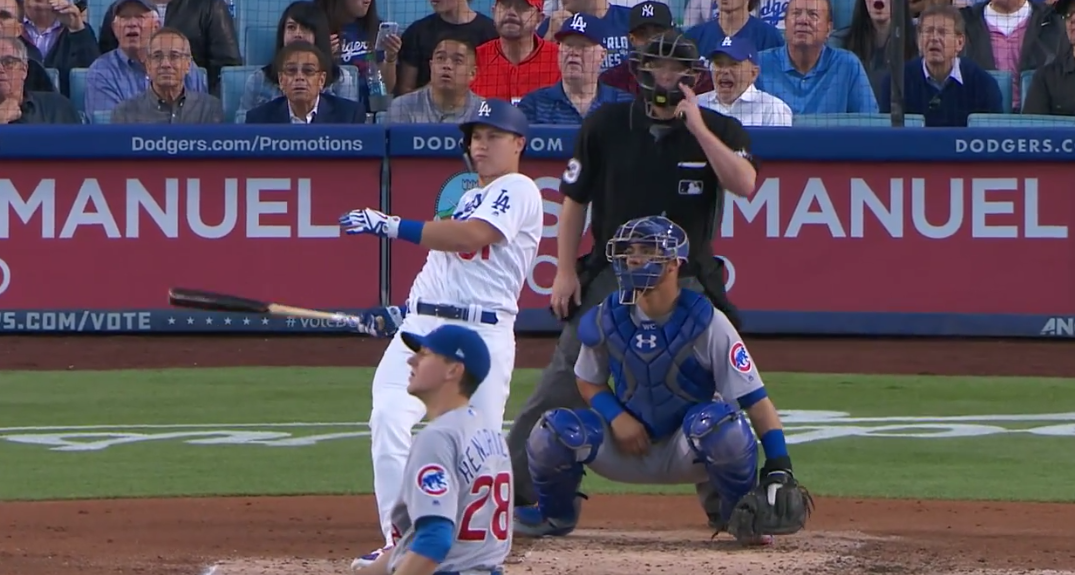 The Dodgers guaranteed at least a series split against the Cubs thank to a 7-5 win that was entirely too dramatic towards the end thanks to the bridge to Kenley Jansen being a rickety piece of shit.

Alex Wood got off to a rough start in the 1st, as despite getting two outs to begin, he then surrendered a double and a two-run dong to Willson Contreras to put the Cubs up 2-0.

The offense fought back in their half of the 1st, as Max Muncy bombed his 16th homer of the season to cut the deficit in half. They then quickly took the lead thanks to a Justin Turner walk, a Cody Bellinger single, and a Yasmani Grandal two-out two-run double off the wall in right to make it 3-2.

The Dodgers tacked on more in the 2nd, as Wood himself reached on a single and Joc Pederson brought him and himself home with his 11th dong of the year to make it 5-2.

Steve Lyons was then found dead in a ditch as the homer didn’t kill a rally, and Muncy followed with a walk, JT with a single, and Enrique Hernandez drove in a run with a two-out single to left for a 6-2 advantage.

Things remained quiet until the 5th, when Wood surrendered a run on an unfortunately placed infield single that looked like it was going to roll foul. That cut the lead to 6-3, but I wasn’t even that mad cause we got an umpire eating shit.

Despite giving up three runs, Wood actually continued to build off his last start. He allowed seven hits and walked none, striking out seven and getting through seven innings on 93 pitches. His command generally looked like it was back, as even the damage he allowed were on pitches that were executed well. It’s a promising sign for a Dodgers rotation that needs stability.

The offense was what continued to be a problem, going 2-for-13 with RISP, stranding RISP in all of the first seven innings. It’s remarkable, really. The lack of insurance almost cost them, as Scott Alexander as setup man is an experiment that’s not working out. After starting the 8th with a strikeout, he then allowed a walk, a single, and a double to cut the lead to one run at 6-5. He then got a comebacker for the second out of the inning, before being removed for Kenley. Tasked with a four-out save, Jansen stranded a runner at third to end the 8th with a strikeout.

Bellinger thankfully provided insurance in the 9th with an oppo homer to left-center, his 16th of the year, all of a sudden tying him for the team lead.

Jansen didn’t necessarily tone down the drama, allowing the tying run to come to the plate thanks to giving up a single, but he induced a bunch of weak contact to notch the save.

Good to see professionals do this.

The Dodgers are now 43-36 overall, but remain 2.5 games back in the NL West since the Diamondbacks won.

Tomorrow afternoon they’ll go for the series win in the finale at 9:10 AM HST/12:10 PM PST/3:10 PM EST, with Clayton Kershaw hopefully continuing to get healthy against Jose Quintana.