Dodgers 8, Pirates 3: The dongs continue to rain down on Dodger Stadium 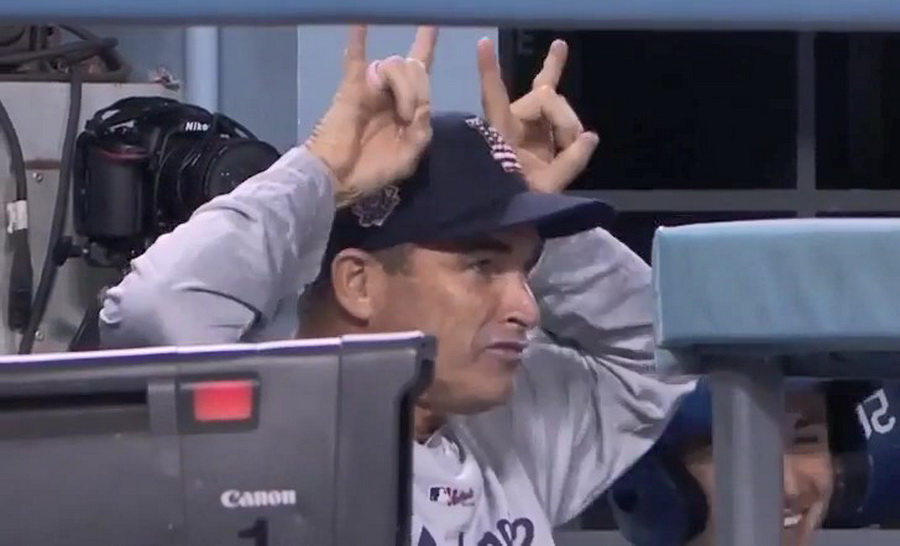 After yesterday’s 17-1 drubbing of the Pirates, I figured it would only be appropriate for the Dodgers to be shutout in their next game, because baseball is undefeated. Thankfully, nobody on the Dodgers seemed to care much as they hit six homers in another comfortable win over the Pirates, and have suddenly won three straight with an 8-3 victory.

Before we get to the dongs, let’s start with Clayton Kershaw continuing to work his way back from a back injury. He allowed just two runs in six innings of work, getting up to 74 pitches. While he allowed just four hits and walked nobody, he also just struck out two, and it’s clear that he’s not quite there yet.

Though I suppose the question is where “there” even is for Kershaw at this point.

Anyway, let’s get to the dongs! And hey, we didn’t have to wait long because Joc Pederson started things by hitting the first pitch from Ivan Nova for his 13th homer and then Max Muncy hit the fifth pitch for his 19th homer.

Muncy wasn’t done though, as in the 3rd he stepped up again and corked another homer, his 20th on the season.

Max Muncy has hit a HR every 9.2 AB this season, better than the career rates of the top-3 HR hitters in MLB history, Barry Bonds, Hank Aaron and Babe Ruth. pic.twitter.com/g9naNUZCsf

In the 4th, the Dodgers almost started with another homer as Yasmani Grandal somehow managed to triple off the very top of the wall even though he stood and stared at it out of the box. Chris Taylor was next and made sure it didn’t make much of a difference by smashing his 10th of the season.

The bats did it again with the long ball in the 6th, as this time Grandal didn’t miss a dong with his 12th of the season. Then after a CT3 double, Enrique Hernandez followed it with his 15th dong of 2018.

All the power. #Dodgers pic.twitter.com/mFQgeqq7YL

Man, this team can be explosive.

Anyway, um, back to the pitching stuff. Yimi Garcia might need to be demoted at some point, as he gave up another homer in his inning of work in relief of Kershaw. That makes it three homers in his last four appearances, and seven runs in his last five. Not great.

JT Chargois is back and got the 8th, looking solid while doing so. He stuck out two batters and induced a routine fly ball for a 1-2-3 scoreless frame. Erik Goeddel was then tasked with the 9th, and he bounced back nicely after struggling of late, striking out the side in order to end it.

The Dodgers improve to 46-39 on the season and 25-23 at Dodger Stadium. Unfortunately, the NL West deficit remains at 1.5 games because the Diamondbacks won today.

Tomorrow is the 4th of July, and the Dodgers will be going for a sweep over the Pirates at 2:10 PM HST/5:10 PM PST/8:10 PM EST. Rich Hill will look to build on his quality last time out, though his opponent is undecided since Joe Musgrove went on the disabled list before today’s game, but Pittsburgh media speculates it could be Clay Holmes.