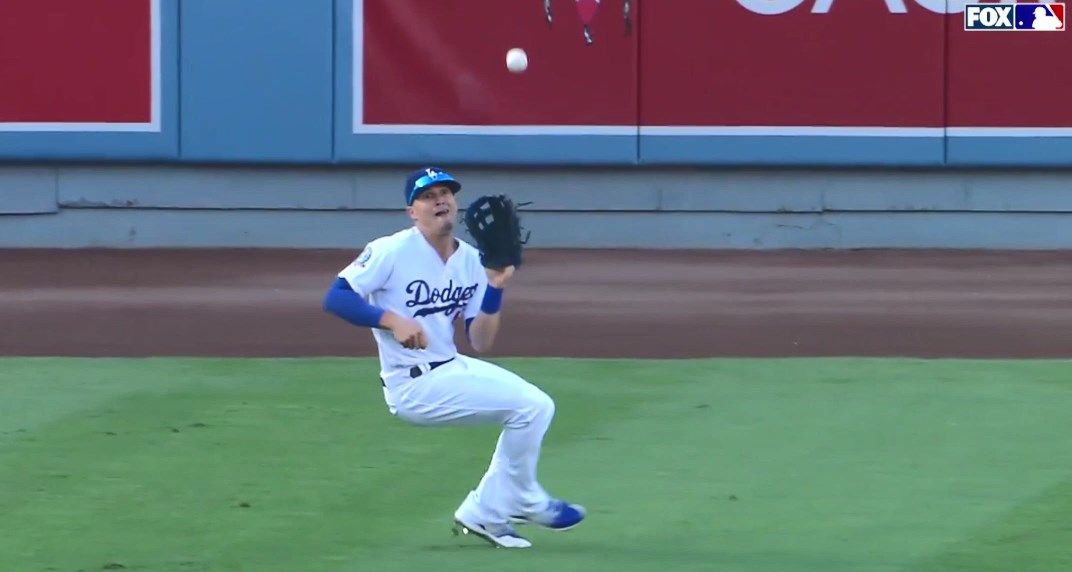 Coming off three straight wins, the Dodgers looked to take a Freeway Series from the Angels with a win this afternoon. Things went back and forth late, but eventually it was the Angels who had the last laugh as they beat the Dodgers, 5-4.

The bats fought back immediately against Andrew Heaney, however, cutting the lead to one in their half of the 2nd. Max Muncy led off with a double, Logan Forsythe reached on an infield single to put runners at the corners, and then Cody Bellinger came through by slapping a single to left for a run.

After two outs in a row followed to bring up Wood, it looked like the rally was over, but Wood actually ended up reaching on a Heaney throwing error to load the bases. Chris Taylor then stepped up and was hit by a back-foot curve to force in a run.

Later, in the 5th, the Dodgers tied the game up thanks to a CT3 opposite field dong making it 3-3.

Wood made that happen as well by settling down in a big way after his messy beginning, getting 13 of his next 15 batters out, only allowing a single and hit by pitch. All said and done, he went six innings on 103 pitches, struck out six, and gave up the three runs on seven hits and two walks. Wood earned every bit of that line.

Dylan Floro entered for the 7th, having thrown 3.2 perfect innings as a member of the Dodgers. He ran that to 4.1 innings by getting the first two batters of the inning, but Justin Upton ended that run in a hurry by blasting a homer to left to give the Angels a 4-3 lead. Floro resumed as normal and got the last out of the inning, but the damage was done.

With the All-Star break looming, Rich Hill went to the bullpen, which I think was part due to the rotation quirk and part an experiment for the potential starter logjam.

Rich Hill entering in the 8th. This will be his first relief appearance as a Dodger and first since 2014.

Hill struck out two and got a scoreless inning, but also walked two, and he ended up sorta showing my concerns about a future pen role.

So that kinda highlighted my concern with Hill out of the pen. Could be devastating, but if command of one of his two pitches isn't there, potentially ugly in a hurry.

Anyway, the Dodgers missed a golden opportunity in the 8th. Matt Kemp started with a single and then advanced to second on a wild pitch, providing a prime chance, but he never moved. Muncy struck out, Joc Pederson followed with a four-pitch walk, and then Bellinger also struck out looking comically terrible. It seemed like he was sitting off-speed the entire at-bat, so he let two fastballs right down the middle go and struck out on another fastball in which he took the most defensive swing ever at.

How the shit are you still sitting off-speed with two strikes to that extent in that scenario? Terrible.

Andrew Toles then buried himself in an 0-2 hole swinging at balls because he still struggles with pitch recognition, but he worked the count full before flying out to end the threat.

JT Chargois entered for the 9th and got an easy 1-2-3 inning with two strikeouts. Since returning, he has six strikeouts and no walks in 3.1 innings, though he did give up one hit … the homer to Shohei Ohtani that won a game for the Angels in the last Freeway Series.

But the Dodgers weren’t done, and in the 9th, Chase Utley started a rally with a single as a pinch-hitter.

Chase Utley since announcing his retirement has yet to be retired. He is 11-for-24 (.458) as a pinch hitter this season

That brought up Yasmani Grandal, who quite frankly hasn’t looked great recently, but he managed to hit an oppo missile over Upton’s head in left for a double to tie the game at 4-4. 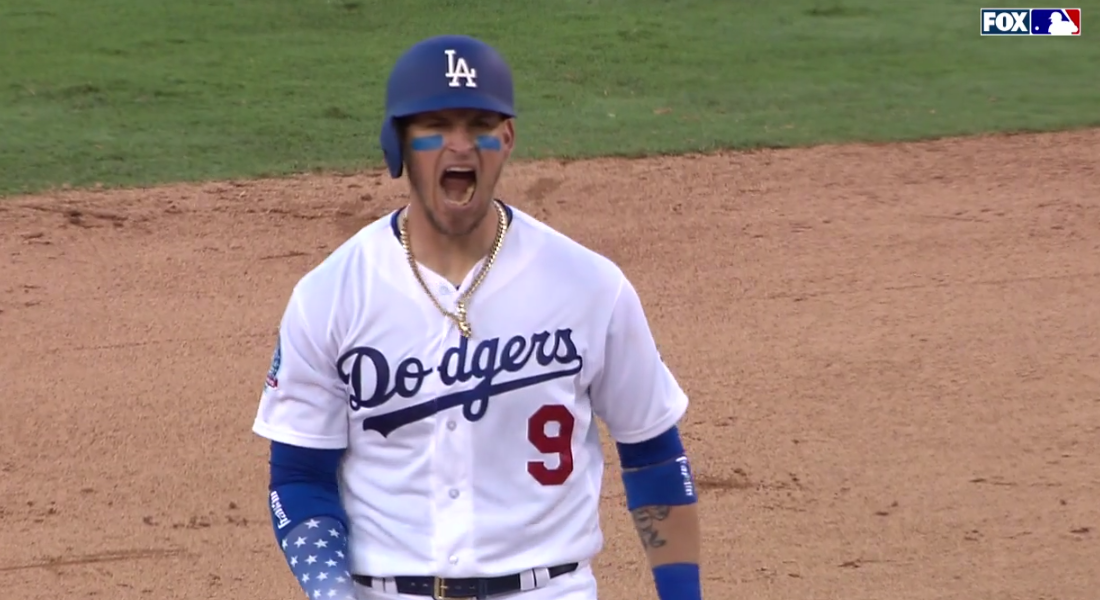 Considering that likely should’ve been caught, Utley’s read on the bases was amazing, and so was his balls-to-the-wall slide to get home.

No good angle, but he's in the air here. pic.twitter.com/wWF4Sefz4Q

That provided the Boys In Blue with a prime opportunity to walk it off, but Taylor struck out and couldn’t move Grandal. Enrique Hernandez then walked, andKemp hit a chopper to third that moved both runners up but resulted in an out. Muncy was intentionally walked to load the bases, bringing up Joc, who bombed a 2-0 fastball … to the track in right-center.

That soon proved important, as Kenley Jansen entered for the 10th and promptly got a fly out and a strikeout, but was ambushed by Kole Calhoun for a go-ahead homer. That put the Angels up 5-4, though he got out of the inning fine.

That brought the Dodgers up again in their half of the 10th, and Toles gave them a chance by hitting it to Upton in left. Upton sorta stumbled and fell, getting Toles a double, but it should’ve been a triple except he stopped running cause he lost track of the ball. Of course, immediately a passed ball followed to move him to third and should’ve scored him. Utley could not take advantage of it, flying out to shallow left, and Grandal struck out to end it.

The loss drops the Dodgers back to 52-43 on the year, but most importantly back to second place. With the Diamondbacks winning, they now trail in the NL West by a half game.

The rubber match of the Freeway Series starts at 10:00 AM HST/1:00 PM PST/4:00 PM EST, as Clayton Kershaw takes the mound for the Dodgers against … um, somebody pitching for the Angels.