Astros 2, Dodgers 1: Joc Pederson starts game with blast, but bats do nothing after that 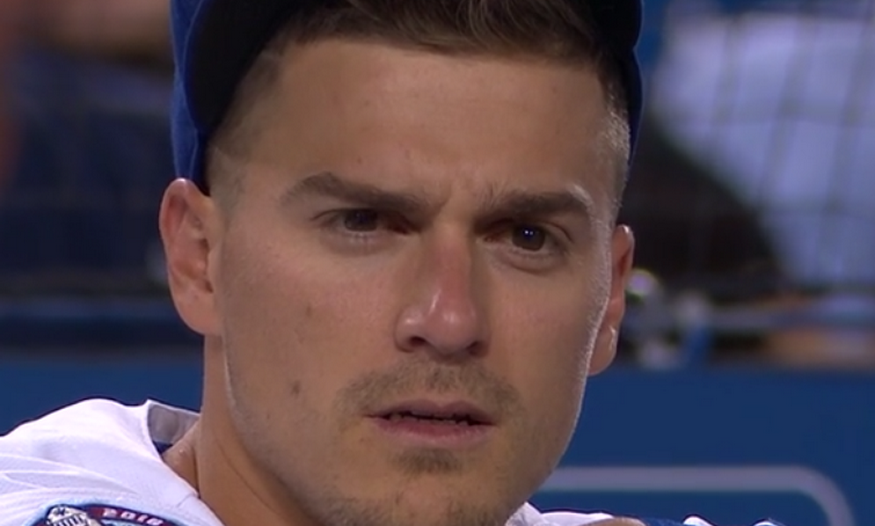 The Dodgers entered the series against the Astros coming off two consecutive victories, but any momentum they hoped to develop came to a screeching halt tonight in a 2-1 loss.

Alex Wood deserved a better fate, as he battled for 105 pitches and got through six innings. Despite not at all having his best command, Wood limited the Astros to just two runs (one earned). While he walked three and struck out just four, he also only allowed four hits. Unfortunately, one of those hits was a 2nd inning double to George Springer, which plated both runners who were on base after Cody Bellinger kicked the ball in center. Perhaps most importantly, he also did whatever this was.

Anyway, Dylan Floro entered in the 7th and got an easy 1-2-3 inning on 13 pitches, notching a strikeout of Josh Reddick to end it. Daniel Hudson then entered and did his job as well, getting a 1-2-3 frame of his own in the 8th. Hudson then tried to repeat the trick in the following frame and almost did it, but hit a batter before notching a scoreless 9th.

So that’s all well and good, but there was that teeny tiny little issue of Justin Verlander starting for the Astros. Surprisingly, it took all of one batter for the Dodgers to get on the board, thanks to Joc Pederson skying a dong to right for his 17th of the season.

After that it was all Verlander, as the bats didn’t even get a man in scoring position against him. He allowed just four hits and walked only one batter, striking out a whopping 14 hitters. Verlander eventually exited after 105 pitches with two outs in the 8th inning.

Hector Rondon entered in relief with Chris Taylor on first after he singled to start the inning, and CT3 promptly stole second to give the Dodgers their first runner in scoring position all game long. Seemed like a prime opportunity for Manny Machado to have a moment, but while he worked the count full, he eventually lazily flied out to right to end the threat. Rondon then continued on in the 9th, stealing the four-out save with a drama-free 1-2-3 frame.

The Dodgers have been between 11 or 12 games over .500 seemingly forever now, and today they dropped back to 11 over at 61-50 on the year. Unfortunately, the Diamondbacks won today, so the NL West is now deadlocked.

Tomorrow’s matchup is probably the most realistic in a hypothetical World Series preview, with Kenta Maeda going up against Lance McCullers at 3:10 PM HST/6:10 PM PST/9:10 PM EST.