Rockies 3, Dodgers 2: JT Chargois took his turn to ruin everything 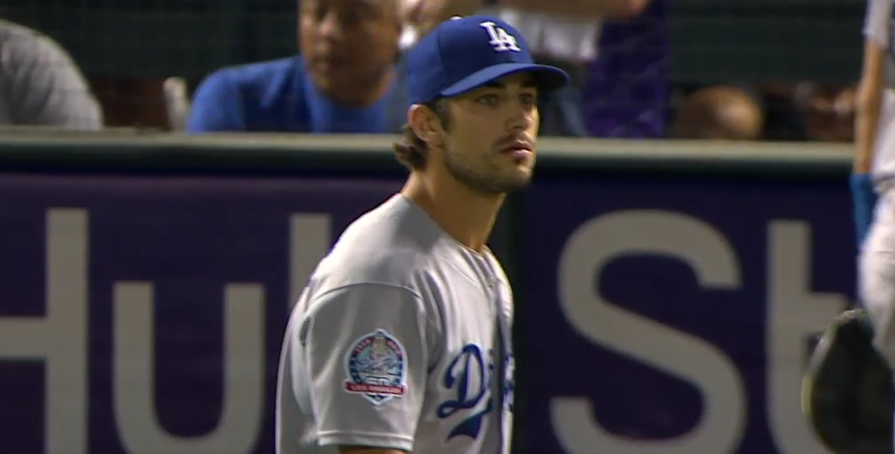 After four consecutive games exchanging wins and losses, the Dodgers couldn’t make it five by winning over the Rockies tonight. While they jumped out to an early lead and quality pitching made it stick for 8.2 innings, it was the last out that proved problematic as they got walked off in a 3-2 loss.

Despite struggling against lefties basically all year, the Dodgers got off to a quick start in the 1st against Kyle Freeland. A double from Manny Machado set the table and a deep triple to center from Justin Turner got the scoring started.

Then in the 2nd, Yasiel Puig continued to look healthy at least, unloading to left with his 15th dong of the year for a two-run lead.

After that the offense didn’t do much of anything. They got just two runners into scoring position in the following seven innings.

So that left things up to the pitching staff.

Walker Buehler took the mound for the Dodgers and while he looked good for the most part, he did get defensive help behind him. Machado and Brian Dozier combined on a double play that was the best I’ve seen from an up-the-middle pairing from the Dodgers in a while.

Then Puig made a nice running catch and throw for a double play as well.

Of course, Buehler also had a scary collision with Max Muncy, which didn’t look good at all.

Still Buehler continued on, because of course he did. It’s a guy that pitched with a torn UCL and broken ribs, and he eventually ended his night with a strikeout on a 98 mph fastball.

He gave the team 103 pitches and seven innings, which was key with the bullpen short on guys to trust. Buehler gave up no runs and limited the Rockies to just four singles and three walks, striking out six in an excellent showing. 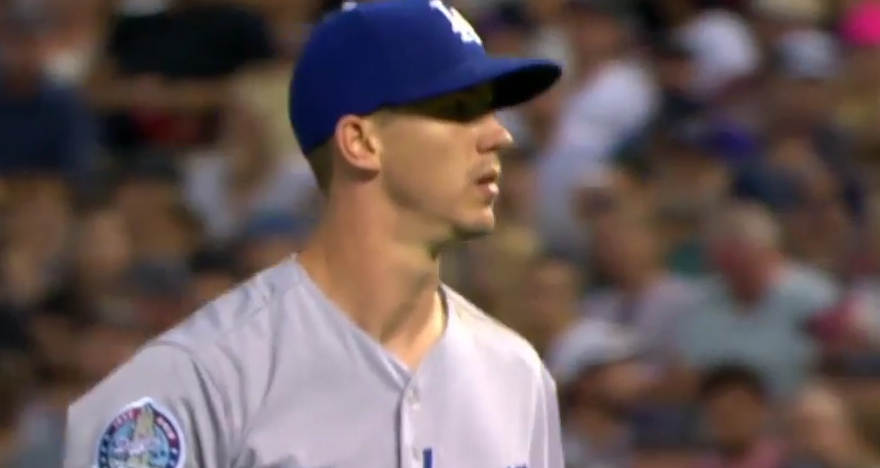 Caleb Ferguson took over for him in the 8th as the setup man with lefties coming up and he continued his excellent run as a reliever. He got a strikeout on three pitches to start and then got two fly outs for a 1-2-3 frame. A lefty fastball with sneaky quality at 94-96 mph and a curve that is buckling hitters seems like it could play.

So that brought out Scott Alexander with Kenley Jansen sidelined. He got a strikeout to start but then gave up a double to bring the tying run to the plate in the form of pinch-hitting Nolan Arenado, which made Dave Roberts go to JT Chargois.

This is where the lack of lefties really screws the Dodgers because Chargois is basically a ROOGY and the only lefty now is … Rosscup.

Things did not start well as he hit Arenado, but then got help after Dozier made a great defensive play behind him on a grounder up the middle for the second out.

At that point, Roberts’ choices were Zac Rosscup (who blew it yesterday against Ryan McMahon), Pat Venditte (which would be my choice), or let the ROOGY Chargois face him (probably the worst option). Roberts trusted Chargois and it backfired on him as Chargois missed with a 1-0 fastball across the plate to McMahon and he yanked it to right for the walk-off three-run homer. Probably should’ve just left Alexander in.

The Dodgers fall to 64-54 with the loss, and are still tied for first place in the NL West thanks to a Diamondbacks loss. Meanwhile, the Rockies are still in third, but are now 1.5 games back.