Dodgers are under-performing, and it’s almost too late in the season for that 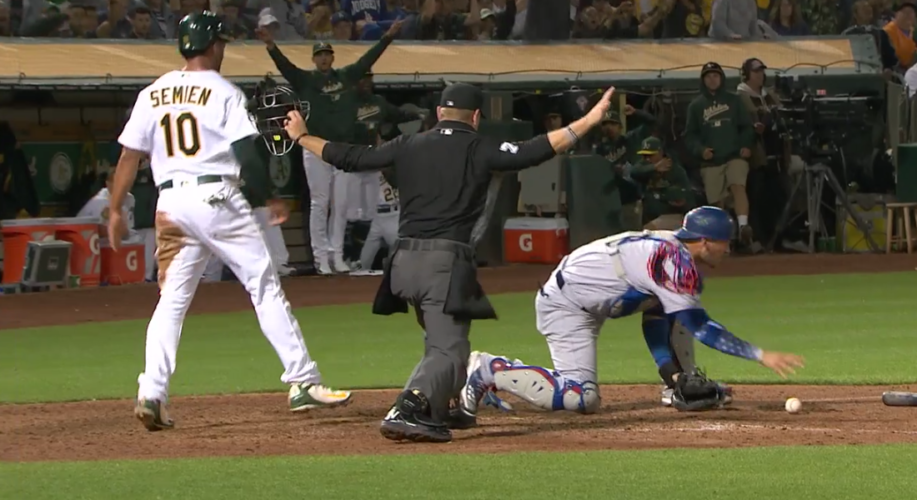 Last week started so well. The Dodgers beat one of the best teams in baseball in the A’s and were in position to “sweep” the 2-game series before Yasmani Grandal couldn’t corral a throw at the plate (and the offense couldn’t score more than two runs).

The weekend started well with a nice comeback win in Colorado on Thursday before the bullpen gave up the lead in the next two games and Dylan Floro — one of the pitchers hoping to make up for the loss of Kenley Jansen — walked in the game-winning run for the Rockies.

Instead of going 5-1 or even 6-0, the Dodgers went 2-4 and, as Andy McCullough said, are closer to third place than first place. Sure, it’s a half-game difference, but for the most talented team in the National League (and maybe baseball), the Dodgers have yet to go on that crazy run to separate themselves in the division.

And that run might have already come and gone, but all it did was get them back into the playoff picture.

Before you jump on me and think this is another version of my article at True Blue LA from May in which I wrote off the Dodgers (and the follow-up mea culpa earlier this month), this isn’t that situation. We’re nearing the middle of August and instead of the Dodgers starting to hit their collective stride (or already in their stride), they’re scuffling.

Since their horrific 16-26 start, the Dodgers have the best record in the NL at 48-29. That’s a 101-win pace, which sources tell me is good. Problem is, since the Dodgers acquired Manny Machado on July 18 (the day after the All-Star Game), the Dodgers are just 11-12. In 10 August games A.B.D. (after Brian Dozier), they’re 4-6. The trade deadline acquisitions haven’t given the Dodgers the expected boost, and that’s a problem. It’s not directly because of Machado or Dozier, but the team as a whole hasn’t been able to come close to sustaining a .685 clip (winning percentage from May 18 through July 15). It’s not realistic to expect that 111-win pace, but I don’t think I’m out of line thinking the Dodgers could be playing better than the .478 rate they have been since acquiring Macahdo. Some will call these arbitrary end points, but they’re also benchmarks of the season.

The Dodgers are on an 87-win pace in 2018. That might be enough to win the division, but if the season ended today, not only would they have lost the division race, they wouldn’t even be the second wild card team. That’s kinda difficult to imagine/reconcile, considering this team was one game away from winning the World Series last year and returning almost all of its key players.

Losing Corey Seager early in the season hurt. Justin Turner not being the same hitter hurts. But the Dodgers have tried to make up for those deficits by acquiring Machado and Dozier. So far, the results are mixed. And now Kenley Jansen is out for an undetermined amount of time (4-6 weeks is the initial estimate), which doesn’t bode well for a bullpen that has been up and down this season. It should improve with Kenta Maeda and Ross Stripling, but it’s all held together by Jansen.

Now, the Dodgers begin a tough week. They have three games with the Giants and three games in Seattle against the Mariners, a team that just swept the Astros in a 4-game series … in Houston. The Giants always play the Dodgers tough and the Mariners are just good. If the they have a poor week (2-4 again, or worse), that could put a wrinkle in the whole “Dodgers going to the postseason” thing. Conversely, they could go 4-2 (or better) and things would be looking up. But after three gut-wrenching losses in Colorado, it’s hard to be too optimistic.

We were definitely spoiled by the 2017 Dodgers. Once they started going, they separated. They were so far out in front that they were able to withstand a losing 16 of 17 games from Aug. 26 through Sept. 11, 2017, and the division was still never in doubt.

This year’s Dodgers don’t have that same swagger. They don’t carry the same cachet they had just 12 short months ago. This is going to be a grind. And if the Dodgers don’t snap out of what feels like a season-long slump, they might be on the outside looking in come October.

Dustin Nosler began writing about the Dodgers in July 2009 at his blog, Feelin' Kinda Blue. He co-hosted a weekly podcast with Jared Massey called Dugout Blues. He was a contributor/editor at The Hardball Times and True Blue LA. He graduated from California State University, Sacramento, with his bachelor’s degree in journalism and a minor in digital media. While at CSUS, he worked for the student-run newspaper The State Hornet for three years, culminating with a 1-year term as editor-in-chief. He resides in Stockton, Calif.
@DustinNosler
Previous Rockies 4, Dodgers 3: Shrimped
Next Podcast: ‘Dugout Blues’ episode 243 – Struggles, Maeda/Stripling bullpen, drafts