Dodgers 11, Mariners 1: Offense finally breaks out to back a quality Walker Buehler 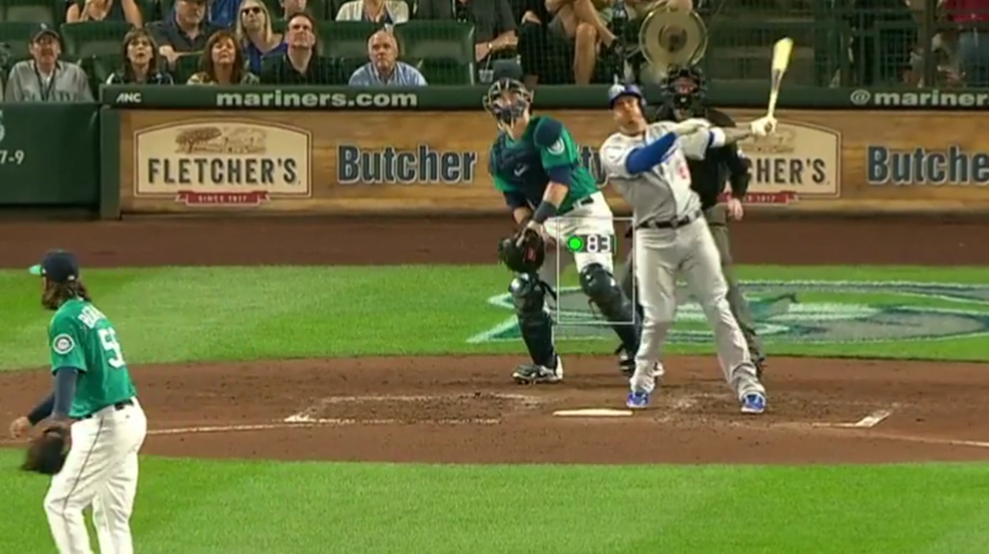 After dropping five in a row thanks primarily to a combination of an ice-cold offense and a dumpster fire of a pen, the Dodgers mercifully managed to salvage the series against the Giants with an extra-innings win. Coming off a needed day off, the Dodgers at least looked rejuvenated playing in Seattle, as the offense finally gave the team a lead the pen couldn’t blow in a 11-1 win to start the Mariners series.

The Dodgers struck first in the 3rd, when Yasmani Grandal deposited his 21th dong of the year over the wall and his second all year from the right side.

From the right side? Yaz. pic.twitter.com/VV6coYlQUO

They extended things in the 4th behind Manny Machado‘s 27th dong of the year and third with the Dodgers. Following Matt Kemp reaching on a single, Max Muncy demolished a hanging slider for a two-out, two-run dong to right, also his 27th of the season.

Max amount of homers? As Manny as they want. pic.twitter.com/kSlIvFitDx

The bats continued to pile on the 5th, with a Brian Dozier walk and Justin Turner single starting a rally. With one down, Cody Bellinger sharply singled to center to plate a run.

Kemp then managed to drive in another after a long fly ball he hit to right fell in after a two-base error, and with runners on second and third Enrique Hernandez hit a sacrifice to left to score their seventh run of the game.

After taking a brief inning off, the offense came back again in the 7th. JT singled and Machado followed with his 28th dong and fourth as a Dodger, then Bellinger walked and Mattycakes smacked his 18th dong of the year to center for 11 runs.

But don’t let the bats overshadow the rotation continuing to deal.

Walker Buehler is coming off seven shutout at Coors Field, and he looked good again today, going six innings and surrendering just a single run on a homer in the 4th to Ryon Healy. He did find himself in trouble in the 3rd after a two-base error by Dozier and then back-to-back walks loaded the bases with just one out. However, he got a grounder to first where Muncy bounced the throw home but they still got a force thanks to Grandal digging it out, then he got a fly ball to center in order to escape the jam.

Buehler finished with allowing just two singles besides the homer and walking only two, with eight strikeouts. Safe to say that scrapping the change for the remodeled curve as the change of pace pitch is working nicely thus far.

Bit of defense from Dozier didn’t hurt either.

For once, the pen just needed to clean things up. Dylan Floro got a breezy 7th, inducing two grounders and getting a strikeout for a 1-2-3 frame. Zac Rosscup was handed the 8th, and allowed just a single in a scoreless inning of his own. However, Robinson Cano hit a ball to the wall in right and got robbed by Enrique.

Seems bad if your LOOGY keeps giving up rockets to lefties.

Surprisingly, Rossup got the 9th as well, perhaps indicating that he’s not so much gonna be their LOOGY for much longer. Anyway, he got a 1-2-3 frame, including a strikeout to close it out.

Nice relaxing game for once.

The Dodgers improve to 66-57 on the year, and I really shouldn’t have complained about them not being able to escape 10-13 games above .500. I wanted them to go the other way, man. Anyway, the Diamondbacks and Rockies both won again today, so the Dodgers are still third in the NL West, two games behind the D-backs and a half-game behind the Rocks.

Rich Hill will look to continue his resurgence as well as the winning streak tomorrow against Erasmo Ramirez at 4:10 PM HST/7:10 PM PST/10:10 PM EST.