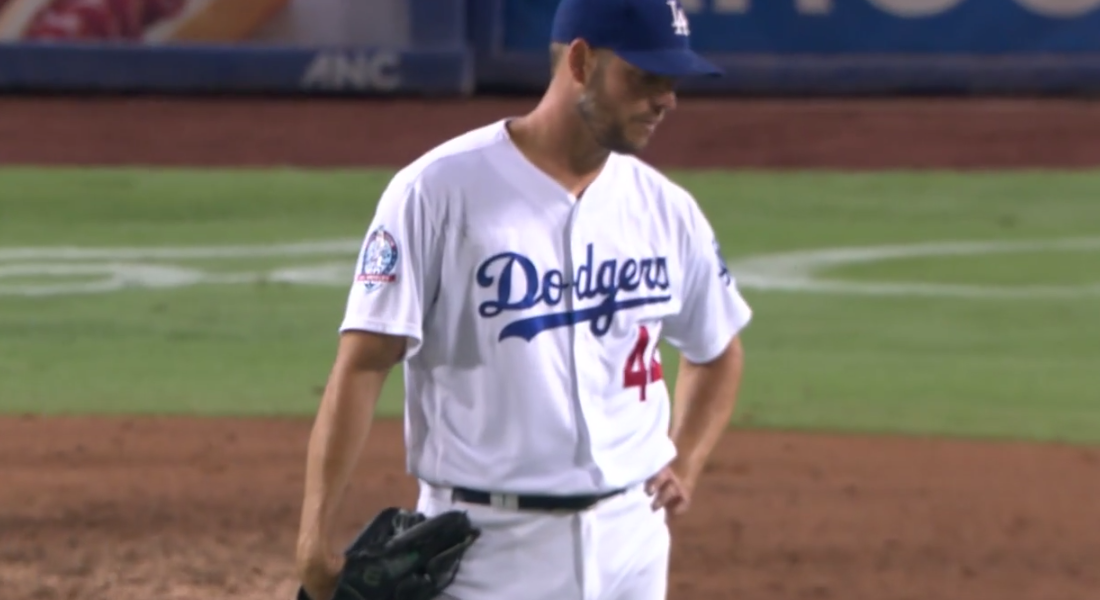 The Dodgers are coming off back-to-back sweeps for five victories in a row, and they’re feeling as good as they have in a while. Granted, it was just the Padres and Rangers, but they all count the same. Unfortunately, they were handed a reality check tonight by the Diamondbacks, who shut the bats down and came up with the big blow as the Dodgers fell 3-1.

Rich Hill has been excellent since coming off the DL, and for the most part he continued that tonight as well. While he wasn’t able to get a 1-2-3 frame through four, he also didn’t allow a run. It’s too bad he wasn’t able to make it five.

In the 5th, Hill allowed back-to-back singles to put him in trouble, but then got a sharp grounder right at Justin Turner at third. However, an errant throw almost pulled Brian Dozier off the bag at second and he did nice work just to get one. Hill then got Paul Goldschmidt to pop-up, which put him an out away from escaping the jam, but David Peralta lined a homer over the right-field wall for three runs. Little things.

Hill ended up throwing 89 pitches through five innings, surrendering just the three runs on six hits and walking none, though he did hit two batters. He also notched seven strikeouts, as the stuff generally looked good.

The Dodgers had their greatest chance to get back into it in the 8th against Yoshihisa Hirano, when with one down JT and Manny tallied back-to-back singles to put runners at the corners with one out. Unfortunately, Matt Kemp promptly grounded into a 6-4-3 double play, basically killing off the game.

As for the pen, Pedro Baez relieved Hill in the 6th and was tasked with getting two innings. Well he did just that, allowing just a double while getting six outs, half of which came on strikeouts. Caleb Ferguson had a rougher go of it in the 8th despite two strikeouts, as he allowed three singles (though two bloopers) and had to escape a bases-loaded jam for a clean frame. Dylan Floro took over in the 9th and got a quick 1-2-3 inning to finish things off on that side.

It’s too bad the Dodgers were also finished and did nothing to give any hope in the 9th.

Orel Hershiser is definitely thinking along with the game.

Losing drops the Dodgers to 72-62 on the season and a rather shit 35-34 at Dodger Stadium. They are now two games behind the D-backs and one game behind the Rockies (playing now) in the NL West and 2.5 games behind the Brewers (won) in the Wild Card.

That was not the ideal game to lose, as tomorrow at 4:10 PM HST/7:10 PM PST/10:10 PM EST the D-backs send their ace Zack Greinke up against Hyun-Jin Ryu making his fourth start after his length stint on the disabled list.