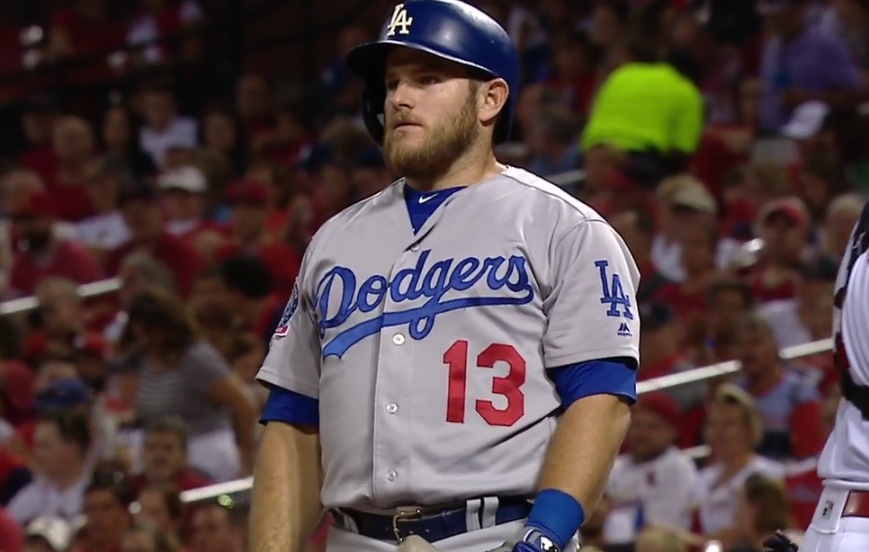 In what can only be described as shocking, the Dodgers were in position for a four-game sweep of the Cardinals in St. Louis entering Sunday night’s contest on ESPN. Unfortunately, in rather hilariously predictable 2018 fashion, the offense was silenced and the Dodgers dropped the series finale 5-0.

Ross Stripling got the start on short rest, but was allowed to go 72 pitches, and maybe trying to get four innings out of him was too big of an ask. While he gave up a solo homer to Marcell Ozuna in the 2nd, Stripling was otherwise clean through three frames. However, the 4th started with a strikeout wild pitch and he surrendered three more singles in the inning, giving the Cardinals two more runs. All told, Stripling went 3.1 innings, giving up the three runs on the four hits, but he did strike out five and didn’t walk anybody.

Pat Venditte took over for Strip in the 4th and got out of a jam for him, inducing a foul out and a ground out to escape further damage. Kenta Maeda was given the 5th and he finally looked like what many expected him to be out of the pen, getting a 1-2-3 inning with two strikeouts. However, the 6th was more of a struggle, as he got a ground out to start, but then gave up back-to-back singles. Maeda then appeared to get out of it by inducing a double-play ball, but Justin Turner surprisingly ole’d it for an error that scored a run.

That was the end of the road for Kenta, as Scott Alexander took over, and he bailed him out of the jam on one pitch by getting a double play on a comebacker. Ryan Madson took over in the 7th and struck out both batters he faced before giving way to Zac Rosscup the team’s LOOGY, who ended the inning with a strikeout of his own. Josh Fields was looking to continue to regaining his form, but gave up a run in the 8th on a walk and two singles.

Didn’t really matter anyway as the offense of the Dodgers was absolutely owned.

Adam Wainwright didn’t have a clean inning until his final one in the 6th, but he still turned back the clock and limited the Dodgers to two plate appearances with runners in scoring position. He surrendered just two hits and three walks, striking out nine batters and allowing no runs.

At least he was done after six, and Bud Norris issued a walk to start the 7th. Almost unfortunately, he had to exit with an injury after one pitch to the next batter and Jordan Hicks entered. While Hicks promptly issued another walk, he then got three outs in a row mainly due to him throwing absolute gas, as usual.

Hard to tell where Norris exited and Hicks entered. pic.twitter.com/LM5Negh7UR

Hicks continued in the 8th, giving up a single but otherwise getting a scoreless frame. Carlos Martinez then finished off the 9th, allowing a single but not allowing anything else.

The loss drops the Dodgers to 82-68 on the year, and puts them a half game behind the Rockies (won) in the NL West. It also puts them back into a tie for a Wild Card spot with the Cardinals.

The Dodgers will now travel home to Los Angeles for a pivotal series against the Rockies, starting at 4:00 PM HST/7:00 PM PST/10:00 PM EST. Hyun-Jin Ryu will look to rebound from a bit of a rough start against a pitcher who has had a rough year but is looking to finish strong in Jon Gray.