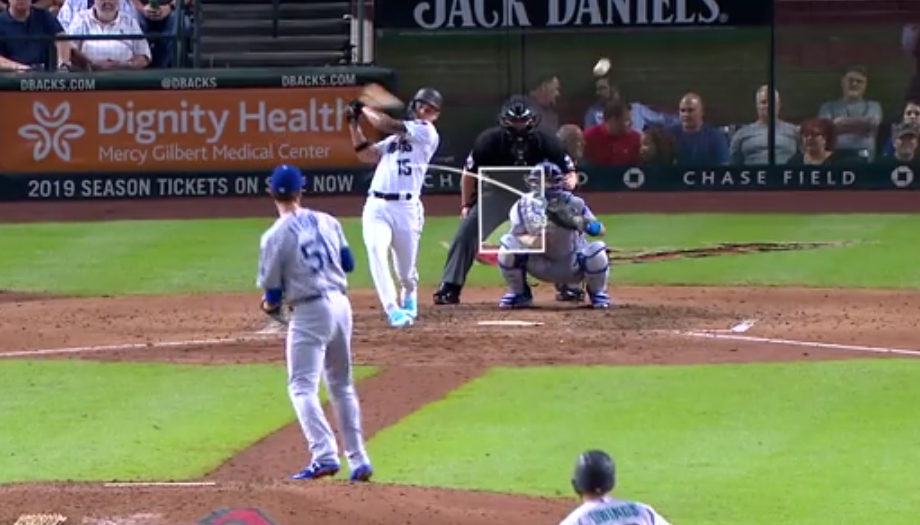 The Dodgers got their series against the Diamondbacks off to an ideal start last night with a victory, but with the Rockies continuing to keep pace, they desperately needed their run of success to continue. Unlike last night, when the Dodgers were able to mount a late comeback, the bats weren’t able to do enough this time around in 4-3 loss.

After an uneventful start to things, the Dodgers got on the board to lead off the 2nd behind Cody Bellinger‘s 24th dong of the year for a 1-0 lead.

But the bats didn’t do much for a while after that, in general. They wasted a chance with first and second with no outs in the 3rd thanks to a strikeout and double play, and in the 5th there was a runner at second with two outs that ended with a strikeout, but that was it through six.

Walker Buehler was outstanding through five frames, limiting the Diamondbacks to just two singles and a walk. However, the Diamondbacks put together a two-out rally in the 6th, getting a single and a walk before David Peralta cleared the bases with a double to give them the 2-1 lead. Buehler rebounded with a strikeout to end the inning and the threat but the damage was done. Despite just 87 pitches that was it for him as the Dodgers had to prioritize scoring, and he finished with just the two runs surrendered on four hits and two walks, and he struck out five.

The Dodgers quickly evened things up in the 7th, as Yasmani Grandal started a rally with … a triple off the wall in center after it took a crazy bounce.

Enrique Hernandez followed up with a clean single to center to drive him in and tie the game at 2-2.

Unfortunately, that is where the rally stopped, so things remained deadlocked.

Scott Alexander took over for Buehler in the 7th, and he did his job as the LOOGY that Dave Roberts trusts by managing to get Daniel Descalso to strikeout.

You know Alexander is running well when he managed to get Descalso out while a member of the Dodgers.

Dylan Floro was next up, and he had a disaster. Floro gave up a single, double, intentional walk, and single to give the Diamondbacks a 3-2 lead.

I don't think second-guessing going to Floro is the criticism here, but rather why continue to ride with him as he struggled.

That brought in Alex Wood, who induced a grounder that resulted in a force out at home and a line out to third to escape the trouble. What could’ve been a major play is Eduardo Escobar not going on what was a clear wild pitch that got away from Austin Barnes, which saved the Dodgers from going down further.

That seemed to prove importantly immediately in the 8th, as Manny Machado led things off with a double, but what followed were completely useless plate appearances in a first-pitch fly out to center by Bellinger, a three-pitch strikeout by Yasiel Puig, and a four-pitch strikeout by Alex Verdugo.

Zac Rosscup began the 8th and continued the run of poor execution by issuing a walk to start. He was removed for Pedro Baez, who seemed to induce a double-play ball, but JT booted it and everybody was safe. To Baez’s credit, he rebounded with a fly out, a ground out, and a foul out to escape the frame without further damage.

In the 9th, Enrique gave the Dodgers hope with a lead-off single on an 0-2 count, and he then stole second and advanced to third as the ball with thrown into center. Chris Taylor admittedly isn’t who you want up when you need contact, but he didn’t see to care much about that, smashing a ground-rule double to right to tie the game at 3-3.

Unfortunately, the Dodgers then had Joc Pederson fly out to left, Justin Turner ground out to third, and Max Muncy fly out to deep right to end the threat.

Kenta Maeda was tasked with keeping the game tied in the 9th, but things were over quick after he allowed a walk-off homer to start the inning.

In the end, the 2-for-12 with RISP was just too much to overcome, regardless of whatever nitpicking one wants to do over whatever else that happened.

The Dodgers fall to 88-70 with the loss, but it’s especially bad because the Rockies won again and are now just a half-game back in the NL West with a tie in the loss column.

The two teams will do it again tomorrow for the series at 3:30 PM HST/6:30 PM PST/9:30 PM EST, and one can see why today’s game was key because tomorrow it’s Ross Stripling, in what I can only assume is a quasi-pen day with an off-day after that, against their ace in Zack Greinke.

"A highly rational Internet troll." - Los Angeles Times
@ChadMoriyama
Previous Dodgers @ D-backs September 25, 2018: Buehler for the series win
Next How the Dodgers ended up fighting for a playoff spot in September – Part 3