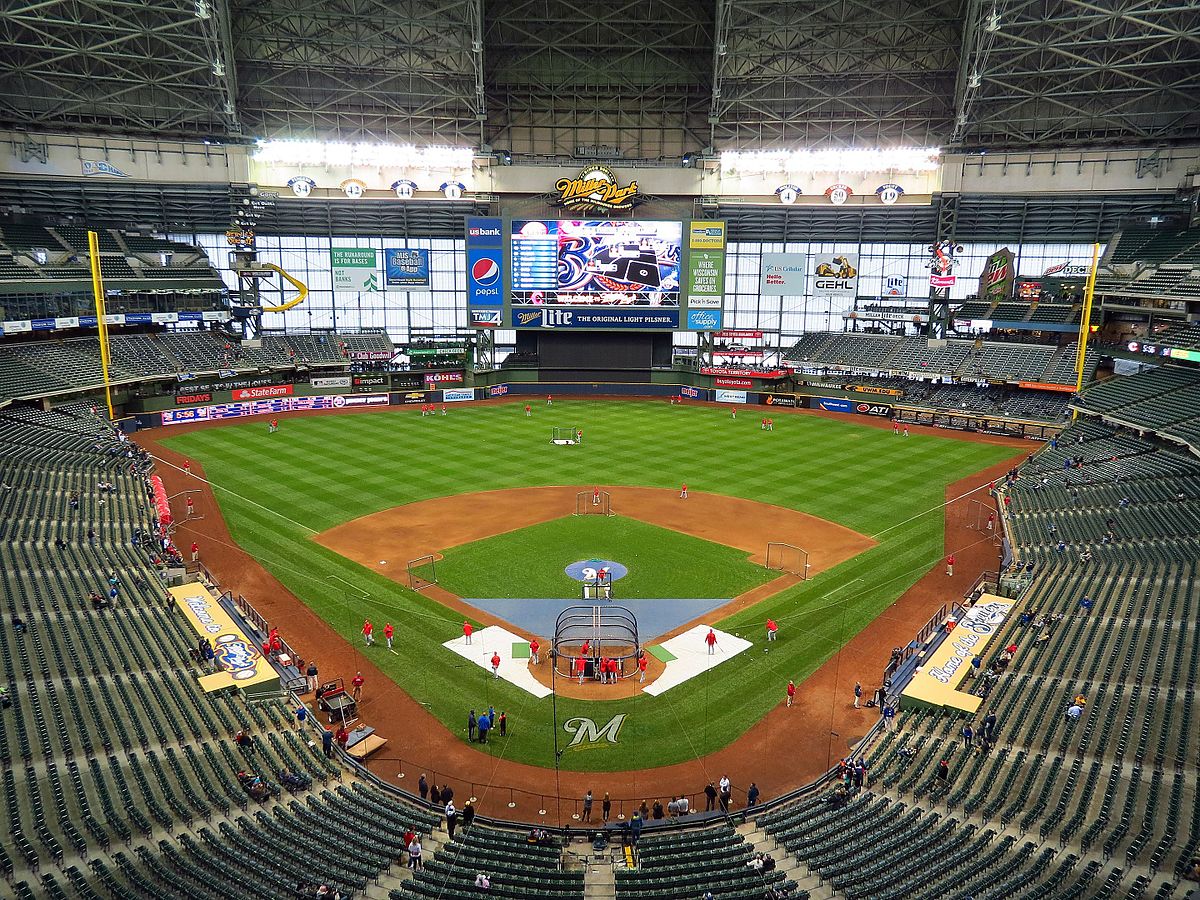 Milwaukee is a tough matchup, as Dustin wrote earlier today. They finished with the best record in the National League and have won 11 consecutive games, overcoming a 2.5 game deficit in the NL Central to tie the Cubs with 95-67 records through 162 games. They went into Wrigley and defeated the Cubs to take the Central and the number one seed in the NL before sweeping the Rockies in the NLDS. The Dodgers got the better of the Brewers in the regular season, taking two of three games in Milwaukee and splitting a four-game set in Los Angeles. The last time these two teams met, Chad wrote the word “DONG” in the recap seven title times. Do that again, IMO.

Clayton Kershaw gets the Game 1 start, meaning the Dodgers aren’t pushing him off the team anymore. He was prepared to throw Wednesday had the Dodgers needed game five against the Braves, so he’s on extra rest today. Kershaw shoved in Game 2 against the Braves, tossing eight shutout innings while allowing two hits and no walks. He took advantage of the Braves’ aggressiveness, needing only 85 pitches to complete eight innings before sorta controversially being pulled after warming up in the ninth. This season, Kershaw saw the Brewers twice. He took the loss in Milwaukee on July 21 after allowing four runs in six innings. Three of those runs were unearned, as the Dodgers made three errors in the game. A catchers’ interference cost Kershaw a run in the second, and a sixth inning Max Muncy error cost him two more runs. Kershaw started the Dongfest at Dodger Stadium and allowed two runs in six innings, but left the game up 12-2. The Dodgers added a cool nine runs in the seventh. Kershaw struggled, like most pitchers did this season, against Christian Yelich. The likely NL MVP took Kershaw deep in both games this season and has a .529/.556/.941 triple slash in 18 career plate appearances against him. I’m not saying the Dodgers SHOULD just walk him every time he comes up, but I wouldn’t hate that. Kershaw has also struggled against Ryan Braun in his career (.289/.308/.421 triple slash in 40 plate appearances), but 31 of those 40 plate appearances came before 2015.

Gio Gonzalez, who I totally knew was on the Brewers before yesterday, starts for the Brewers today. Gonzalez was a waiver deadline acquisition for the Brewers from the Nationals. He made five starts for Milwaukee in September and didn’t allow an earned run in three of those starts. He allowed three runs in both of his other starts. His Brewers numbers were great, as he posted a 2.13 ERA and opponents slashed .157/.240/.270 against him in September. He didn’t exactly face the toughest competition, as four of those five starts came against teams in the bottom half of runs scored this season. He also posted a 4.44 ERA in 29 starts for the Nationals this season. His 19.8 percent strikeout rate was the lowest of his career, and his 10.7 percent walk rate was his worst since 2010. This is his first look at the Dodgers this season.

With a lefty on the mound for the Brewers, David Freese starts at first and hits third. Matt Kemp starts in place of Yasiel Puig in right and Chris Taylor gets the start in left. Cody Bellinger and Yasmani Grandal remain in the starting lineup.

In a bit of a surprise, the Dodgers made a change on their roster.

Julio Urías made the Dodgers' NLCS roster. The lone change from the NLDS is Urías instead of Alexander.

Julio Urias is on the roster for this round. Urias was great in September when he appeared, as he allowed one baserunner in four innings spread out across three games and struck out seven. However, the CLOSEST of those three games was the first one, when the Dodgers only led 17-4. In the other two games, they had leads of 14-0 and 15-0. Assuming the Dodgers don’t have this type of lead in this series, it’s a little tough to throw Urias into the fire like this. More confusing to me, Scott Alexander is off the roster. Lefties (like Yelich, Mike Moustakas and Travis Shaw) slashed .172/.248/.212 against Alexander this season. Alexander also had a 70.9 percent ground ball rate, which was the second-highest among qualified relievers. His control was suspect all season, but it was surprising that he only threw six pitches in the NLDS and is off the roster for the NLCS.

The Brewers also made one change from their NLDS roster. Keon Broxton was left off this roster with the Brewers opting for another lefty reliever, Xavier Cedeno. The Dodgers will need to jump on Brewers starters, as their bullpen is very strong. It’ll be a fun chess match with both managers searching for the platoon advantage.

I've been writing about the Dodgers since I graduated from Long Beach State, where I covered the Dirtbags in my senior year. I'm either very good or very bad at puns.
@@ac3581
Previous 2018 NLCS Preview: Dodgers vs. Brewers
Next Brewers 6, Dodgers 5 – NLCS Game 1: Kershaw delivers shortest postseason start, rally falls short