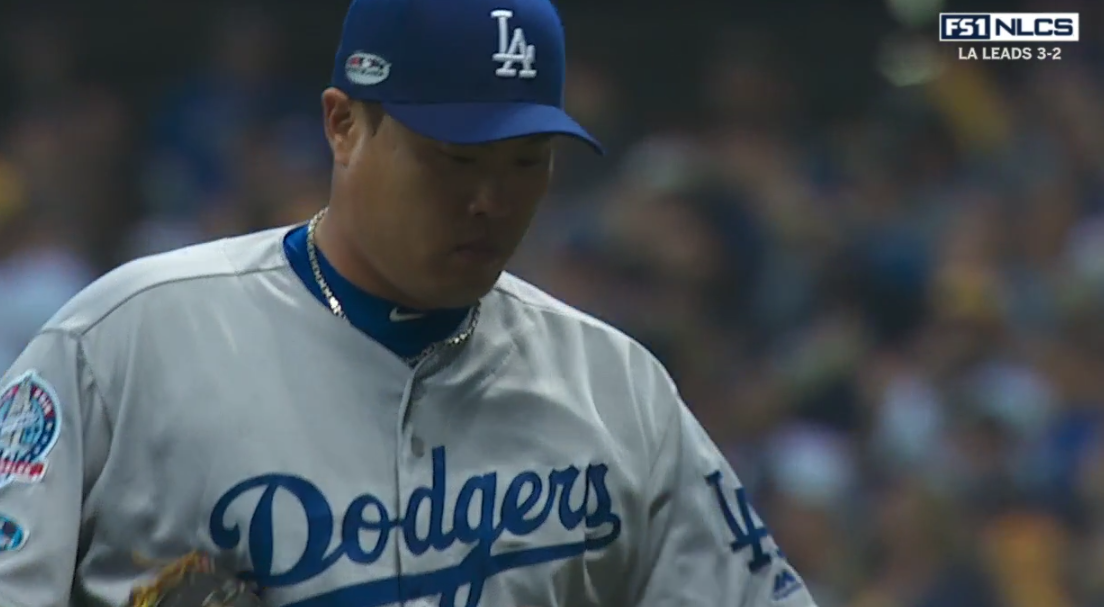 Game 6 of the NLCS was an elimination game so naturally a lot was on the line. The Dodgers were playing for a repeat trip to the World Series and the Brewers were playing to keep their season alive. Well, Hyun-Jin Ryu had a disastrous start and the offense continued to be unable to breakout with a big game, as the Dodgers fell by a score of 7-2.

Ryu pitched fine in Game 2, but given his excellent postseason credentials to that point, it had to go down as a bit of a disappointing outing. However, nothing could’ve prepared the Dodgers for this mess. Ryu lasted just three innings, surrendering five runs on two walks (one intentional) and seven hits, including four doubles.

While he gave up just three runs in the 1st throughout all of 2018, Ryu coughed up four runs in the inning today. I mean, it happens, but that obviously put the offense in a significant hole right from the beginning.

Speaking of the bats of the Dodgers, after pitching to just one batter in his Game 5 start, Wade Miley was back on the mound to begin Game 6 in a much more traditional role. While he had not allowed an earned run in his previous 18.2 innings against the Dodgers this year, David Freese changed that immediately by leading off the game in the 1st with a dong to right-center field, this time hitting it far enough where Lorenzo Cain couldn’t rob him.

Julio Urias was there to help.

Unfortunately, they weren’t able to explode from there. The offense wasn’t able to score with runners on the corners and two outs in the 2nd, but Miley cruised through the 3rd and 4th innings in 1-2-3 fashion. Thankfully the 5th was a bit of a different story, as Brian Dozier drew a walk with one away and Freese followed up by crushing a ball into center for a run. After Max Muncy followed with a walk, that was it for Miley, who was relieved by Corey Knebel.

Knebel came in with runners at first and second with one out in the 5th and slammed the door, then got a scoreless 6th. Jeremy Jeffress has struggled against the Dodgers this series, but cruised through a 1-2-3 frame in the 7th to maybe get back on track.

On the other side of the pen, Urias entered in relief for the 4th and cruised through a 1-2-3 frame that included a comebacker and two strikeouts. Alex Wood had a bit of an adventure in the 5th, allowing a walk, hitting a batter, and issuing an intentional walk, but also striking out the side. Dylan Floro took over in the 6th, and he got a strikeout and a ground out but then allowed a single, which led to Caleb Ferguson relieving him and ending the inning with a strikeout.

Kenta Maeda was tasked with the 7th and immediately ran into trouble by surrendering a double and then issued an intentional walk. Kenta then got a strikeout, but a roller in front of the mound led to both runners advancing even though an out was recorded. That proved important, as Yasmani Grandal was unable to block a slider in the dirt and a run scored before Maeda escaped further trouble with a strikeout.

Kenta also started the 8th, and he gave up a single before giving way to Game 4 starter Rich Hill. He issued a walk and a single in his time, which plated yet another run (charged to Maeda), though he was eventually able to get out of the inning. 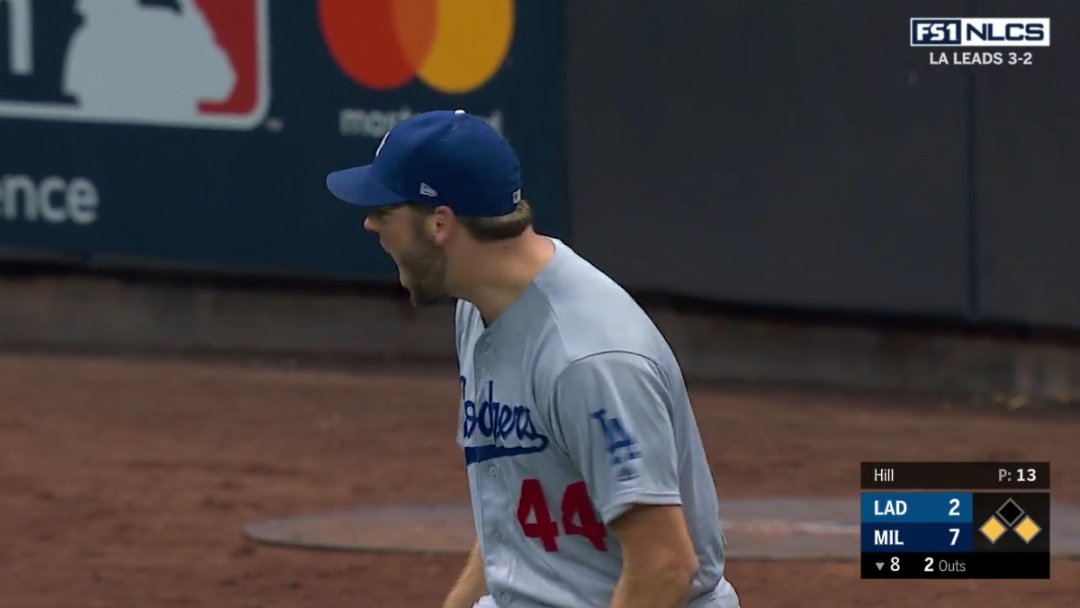 While the hope for the Dodgers certainly had to be at least keep things close enough that Josh Hader would be unavailable in a Game 7, not only did they fail to make the Brewers extend him, they failed to even make it necessary that he pitched. Corbin Burnes finished off the Dodgers in the 8th and 9th innings by retiring all six that he faced.

The Milwaukee crowd was understandably not fond of Manny Machado.

The NLCS is now tied 3-3 and a Game 7 will take place at 2:07 PM HST/5:07 PM PST/8:07 PM EST. Walker Buehler will start against Jhoulys Chacin, but it’ll basically be all hands on deck for both teams.

Game7! The #Brewers are at home, with ace Chacin on the mound, and a rested Hader in the bullpen. The Milwaukee Brewers sitting pretty