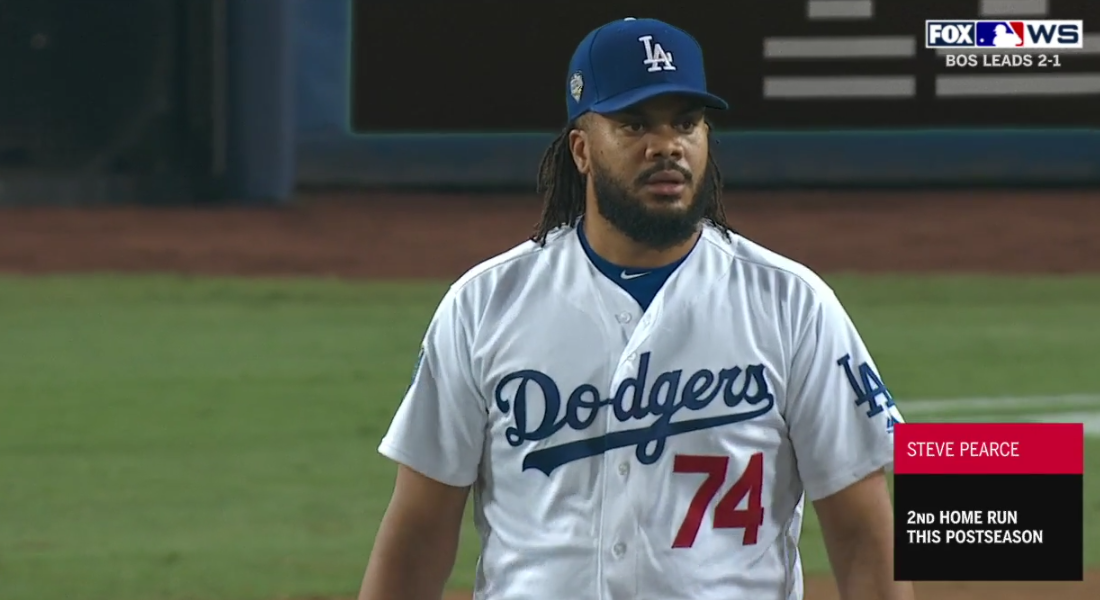 Any blueprint the teams had laid out for Game 4 got trashed yesterday in an 18-inning affair in Game 3 that took 7 hours and 20 minutes to complete. It was the Dodgers who ended up coming out on top in the end, and while the Red Sox still had a 2-1 lead in the World Series, things at least got a bit interesting.

After what was a surprising pitching duel at the beginning, the Dodgers jumped out to a late lead and it seemed all they had to do was coast to a tied World Series. However, the bullpen had other plans, as they imploded and coughed up nine fucking runs late in the game in an 9-6 loss that puts the Dodgers down 3-1 in the World Series.

Yeah, but have you met the 2018 Dodgers? pic.twitter.com/zlFNEd8BoU

Eduardo Rodriguez got the start for the Red Sox, his first since September 20, and he looked outstanding. He shut the Dodgers out through five innings, not even allowing a runner to reach scoring position, despite only having two 1-2-3 frames.

Needless to say, things were looking bleak for the offense again, but thankfully the 6th happened. David Freese got the party started by leaning into one and taking the pitch off the knee, surely doing Chase Utley proud, and he exited the game for the pinch running Enrique Hernandez. With one down, Justin Turner doubled down the line in left, which prompted Alex Cora to issue an intentional walk to Manny Machado. Cora decided to stick with Rodriguez, and he almost made him look like a genius when Cody Bellinger grounded a double-play ball right to first, but while the out was made at home, Christian Vazquez‘s throw to first was wild and allowed a run to score.

That made it 1-0, but Rodriguez remained in to face Yasiel Puig, who gave the Dodgers breathing room by crushing a 3-1 fastball to deep left and putting the Dodgers up by a score of 4-0.

It was a magical moment that deserved to go down as an all-time great play.

That was it for Rodriguez, as Matt Barnes came on in relief. While Barnes issued a walk, he finally managed to get out of the 6th.

On the other side of things, Rich Hill took the mound and was up to the task of matching Rodriguez. While he only got two 1-2-3 frames, he also didn’t allow a single runner to reach second base. While he issued a lead-off walk to start the 7th, he quickly rebounded by getting a strikeout.

Still at 91 pitches and with the pen being weary after last night, it seemed to make sense to let him continue on against a lefty in Brock Holt, but that was the end of the road for Hill. He went 6.1 innings, allowing three walks and hitting a batter, but only surrendering a single run and a single hit while striking out seven.

Of course, he ended up allowing a run because the pen made a mess of their own. Scott Alexander entered and issued a four-pitch walk. That was it for him, as Ryan Madson was next, and he immediately got the second out of the inning on a fly ball. However, he then hung a change on the first pitch to Mitch Moreland, who blasted a towering three-run dong to right to cut the lead to 4-3. Madson eventually got out of the 7th, but it was far too late.

It's hard to say anything for sure when you don't know who is available. That said, if all the guys who threw like 30 pitches last night are not available, then it seems like they should let Hill go as long as possible.

Kelly continued in the 9th, and Machado started things with a single. However, Kelly got the next two batters before Chris Taylor pulled a single to left to put runners at the corners. That left things to Yasmani Grandal, who pinch hit for Barnes, but he struck out swinging to end the threat.

Dylan Floro was then tasked with the 9th and keeping the score tied. With one out, Holt poked a double down the line in left and Rafael Devers immediately followed with a single up the middle to make it 5-4, because of course. Floro then got the second out and issued an intentional walk before being removed for Alex Wood, who gave up an infield single to load the bases. That brought in Kenta Maeda, who promptly gave up a bases-clearing double to Pearce to make it 8-4. But wait, there’s more! Maeda then gave up a single to score another and make it 9-4 before getting out of the inning.

Nothing you can do about everybody from the pen coming in and being hot trash, but not giving Hill at least Holt unless he asked out of the game was never not terrible coming off yesterday's marathon.

Craig Kimbrel entered in the 9th and issued a walk to Brian Dozier and then gave up a homer to Enrique to make it 9-6 and honestly make the pen imploding even worse.

After Muncy grounded out, JT singled to left but Machado grounded out and Bellinger flied out to end the horrible, horrible game.

I respect Rodriguez's "this isn't what they pay me for" approach. pic.twitter.com/do3dFNpvmg

Game 5 is slated to be a rematch of Game 1 with Clayton Kershaw slated to take the mound against Chris Sale at 2:15 PM HST/5:15 PM PST/8:15 PM EST. The Dodgers are looking to avoid elimination and keep their hopes alive.