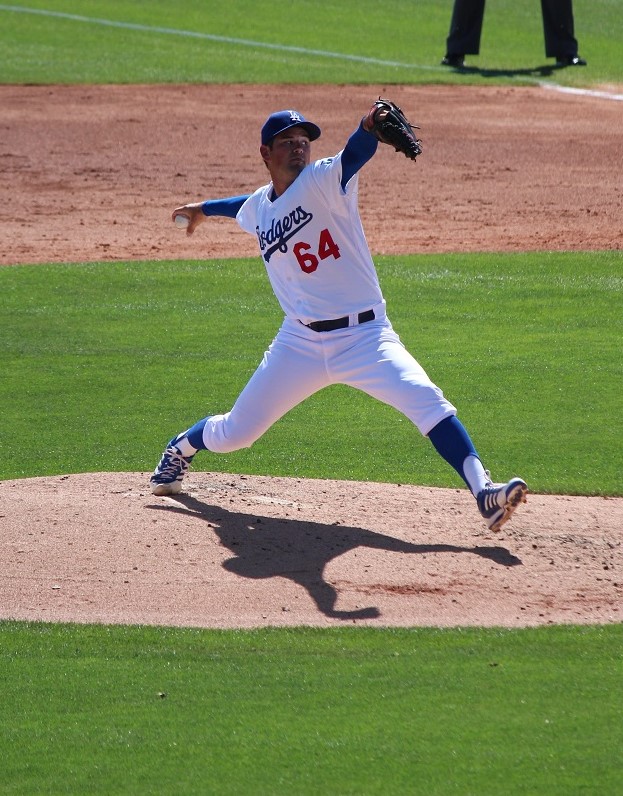 The Dodgers play an exhibition game against Team Australia like … right now, and since I’m the only one awake, here’s the game thread!

Prospect Zach Lee is getting the ball today, and Don Mattingly said he hopes to get eight innings out of him and Red Patterson.

Oh yeah, Carl Crawford has the flu back in Arizona.

Crawford was removed in the second inning of a Triple-A game against the Mariners on Tuesday on the back fields of Camelback.

Crawford was at the facility in the weight room, working on upper body conditioning, on Wednesday morning and received antibiotics.

“Since he was feeling a little ill, there’s no reason to rush him back in right now,” the training staff member said.

Crawford started a game on Monday in left field, struck out looking in his only at-bat in the first inning and came out when he told trainers he wasn’t feeling well. He was taken back to the clubhouse on a cart. Crawford did not make the trip to Australia for the Opening Series against the D-backs because he is expected to go on paternity leave.

Four outfielders is always too much!

Also, if you care (I don’t, at all), the Dodgers are apparently being painted as the villains in this series against the D-Backs.

Obviously the Dodgers are evil, cause look how hyped Australia is for this!

Not exactly a full house for #Dodgers vs. #TeamAustralia. pic.twitter.com/zAHGCOPn2o