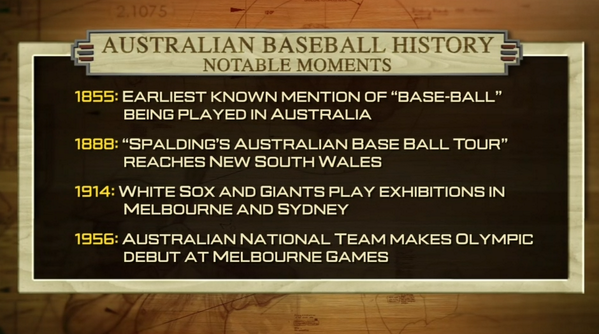 The Dodgers beat to Team Australia today, 4-2, in a game that the Dodgers didn’t seem to care much about until Yasiel Puig decided he would like to have fun.

It was also a bit of an odd start when they seemingly ran out of baseballs to start the baseball game. So there’s that.

As you know, prospect Zach Lee was out on the mound and he looked generally sharp. As usual, Lee showcased all his pitches and thrived on his command. His curve was hung one too many times, but he only gave up one run in four innings on three hits to go along with six strikeouts and no walks.

Here are examples of his sharpness:

The most impressive thing about Lee is still his stirrup game, which is on point.

Red Patterson then followed Lee with three innings of his own, giving up only a run and striking out four.

Between that, Adrian Gonzalez left the game in the bottom of the fourth after appearing to tweak his back on a swing in the top of the frame. Scott Van Slyke replaced him at first and Mike Baxter entered the game in left.

Adrian Gonzalez came out of the game with tightness in his lower back.

Something about cut-off men.

A C-grade bat flip for him.

Paco Rodriguez, Chris Withrow, and Seth Rosin closed the game out without much trouble.

-Mike Baxter hit a dribbler in the front of the plate and beat the throw to first, but with no instant replay, he was called out.

-There’s about 10 miles (approx.) of foul territory on this field.

-Adrian Gonzalez plans to play the opener despite his back ailment.