Nationals 3, Dodgers 2: Early Runs … And Then Nothing 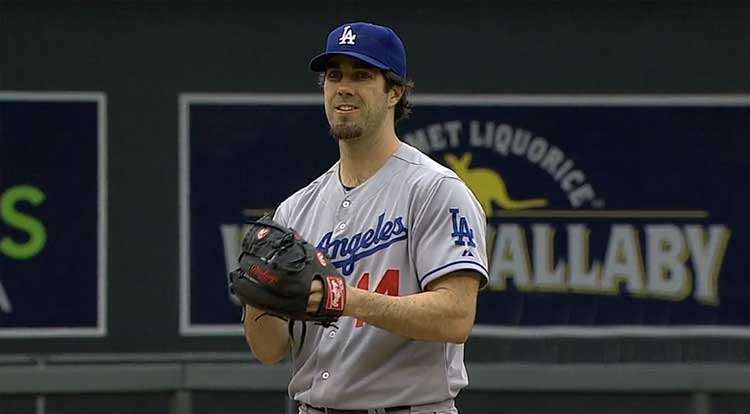 Why do all the recaps I get stuck with seem to be losses? And with delays (this one an hour and 45 minutes). Either I’m cursed or I curse the team, pick one.

Dan Haren started opposite Stephen Strasburg and early on it looked like it would be a slugfest, with both pitchers surrendering four hits and two runs in the first inning (Haren also gave up a walk). But both pitchers settled down and traded zeros until the bottom of the fifth when a Wilson Ramos sac fly broke the deadlock.

Haren managed to limit the Nationals to three runs over six innings, which was rather miraculous considering it was quite clear early on that he didn’t have his best stuff.

And … that was about it.

At least we got this Yasiel Puig GIF out of it:

–Dee Gordon only had one hit, but it was a beauty of a bunt single and he stole his 20th base. Dee is on pace for just short of 100 on the year.

–Carl Crawford went 2-for-4 and continued his hot hitting. So his BABIP is normalizing a bit, but honestly, they’re all singles and he’s still not walking, so … yeah.

-Yasiel Puig went 1-for-3 with a walk and is now like the most disciplined Dodger. This is not real life.

–Miguel Olivo didn’t have a hit and struck out twice as reality sets in, but he still looks better than the alternatives and his defense (framing, mainly) is oddly positive.

–Brian Wilson‘s scoreless appearance lowered his ERA to 10.24, but not without drama, as he allowed a hit and a walk in his inning.