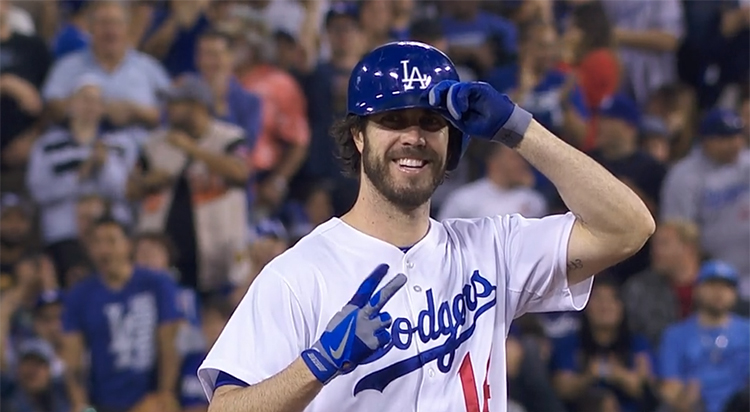 The biggest story in tonight’s 6-4 victory was Dan Haren – on both sides of the ball.

We’ll start with the pitching. Haren made it through 6-1/3 innings. He gave up his requisite three runs, two on a first inning home run by Paul Goldschmidt. He didn’t walk anybody, but he struck out just two batters, which he has now done in six of his last eight starts. The Diamondbacks only swung and missed at four of his 95 pitches. It’s a problem, and with that kind of contact rate and the number of deep fly balls he allowed tonight, Haren was lucky that the results were not significantly worse.

Even as-is, the outing wasn’t great. I have a bit of an issue with “three runs in six innings is okay.” If that’s a below-average start, it’s fine. But it’s below-average run prevention in a pitcher’s park. Doing that (or worse) in every start is not good. It forces the bullpen to be near-perfect in order to have an average offensive night win the game. We all know how tall of an order that has been lately, but luckily the offense picked up the slack.

And of course, there was Haren’s hitting. In the bottom of the fourth inning, Dan Haren came up with the bases loaded and the score tied. Coming into tonight’s game, the Dodgers were 5-for-42 with the bases loaded. Adrian Gonzalez, Matt Kemp, and A.J. Ellis had all reached base against Josh Collmenter with one out. Miguel Rojas flew out to shallow right field for the second out, leaving Haren to bat in a high-leverage situation. Haren hit a bases-clearing double to the gap in right-center, putting the Dodgers ahead for good.

Overall, Collmenter had a pretty bad night, allowing six runs in his six innings of work. He struck out three batters and walked three more. The Dodgers hit him hard; even the outs were loud (just ask Andre Ethier, who was robbed twice by Goldschmidt). The biggest damage, other than Haren’s double, was Dee Gordon‘s two run home run (no, that’s not a typo). The team was pretty excited:

Money can’t buy chemistry. It’s also worth pointing out that Dee Gordon and Billy Hamilton homered on the same day, and neither were inside-the-park.

After Haren left the game, J.P. Howell and Brian Wilson pitched well. Kenley Jansen allowed a home run to Martin Prado and line drives by David Peralta and Tony Campana. His cutter velocity was a lot lower than usual at first, sitting 89 before bumping up into the lower 90s while striking out Chris Owings to end the game. He was probably just tired from last night’s 24 pitch outing, but it’s worth keeping an eye on going forward. Remember when he was hitting 100? Those days seem like they’re in the past.

The Dodgers will go for another sweep against the Diamondbacks behind Josh Beckett. They’ll be facing Bronson Arroyo for the first time this year (somehow) at 1:10PM PT.

Daniel Brim grew up in the Los Angeles area but doesn't live there anymore. He still watches the Dodgers and writes about them sometimes.
@danielbrim
Previous Diamondbacks @ Dodgers June 14, 2014: Dan Haren Is A Mess
Next Dodgers sign 10 more 2014 draft picks, including Taylor, Freeman, Wolfe, Vela, Allen