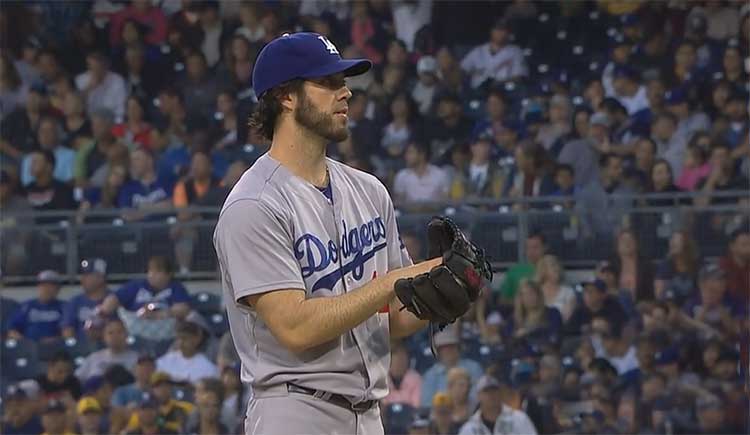 Here’s the fun thing about a game blown in the ninth: it doesn’t change what came before it. So yeah, you only care about the ninth inning. I know this. But things still happened, you know. Things I’d already written about. Read about those things. Then scroll to the bottom and join the freakout.

So! You could argue that the 2014 Padres are the worst hitting team in baseball, and you wouldn’t be wrong, but you’d be massively underselling yourself. The 2014 Padres, by wRC+, are among the worst hitting teams since Jackie Robinson integrated the game in 1947. No, really — entering tonight, they were tied for the fifth-worst in that span, behind only two Mets teams in the first four years of their existence, the 112-loss 1952 Pittsburgh Pirates, the on-pace-for-106-losses 1981 Toronto Blue Jays (it was a strike-shortened year, so they didn’t quite get there), and last year’s Miami Marlins. That’s how bad the Padres are, and yes, wRC+ is park-adjusted, so it’s not just a Petco Issue. Or put another way: the Padres, as a team, have a line more or less similar to Drew Butera.

But fear not, San Diego. Dan Haren will provide, as he always does. For the eighth consecutive start, Haren allowed at least one homer, and in fact allowed two to Seth Smith, whose second was an absolute no-doubt blast in the sixth. The good news, I suppose is that both were solo shots, as have 10 of his 14 on the season, and none have come with more than one runner on base. That’s a good way to limit the damage, and all things considered, allowing three runs over 5.2 innings isn’t awful. But it’s the continuation of a troubling trend for Haren, who gave up just two dingers in his first seven outings, then 12 over his last year.

Of course, look at me complaining about Haren as though he destroyed the game on his own. That’s partially because, well, Padres gonna Padre:

That fifth-inning hilarity, ruled an infield hit for Yasiel Puig after being given a green light on 3-0, scored two runs, and it wasn’t the only silliness that San Diego provided us with, because Dee Gordon, the very first hitter of the game, came around to score before the second hitter of the game even stepped up, thanks to a Jace Peterson throwing error allowing Gordon to score on a leadoff triple. Every starter other than Andre Ethier and A.J. Ellis had a hit; J.P. Howell, Brandon League, and Brian Wilson backed Haren up with scoreless ball through the eighth.

Unfortunately, Puig left the game after flying out to right field in the eighth inning, with what was announced as a “mild left hip muscle strain.” Better to be safe than sorry, of course, but with only a two-run lead, it’s not like the game was out of hand. (Then again, Padres. So, maybe it was.) Scott Van Slyke entered to save a run with a nice catch on a deep liner, right after Ethier failed (on an admittedly tough play) to rein in a ball at the center field wall.

And then: oh, lord, the ninth. Kenley Jansen:

Just like that, the game was over. So, yeah, burn on Jansen tonight. He looked fine, he was throwing hard, he had movement, it didn’t work out. I won’t try to convince you otherwise. I would hope we could remember that he’s blown one single game in more than two months. I know we won’t, of course. We’ll flip out and demand Yimi Garcia up tomorrow, or whatever. But we should. We should remember that.