Dodgers 2, Padres 1: That’s A Win, And We’ll Be Pleased With That 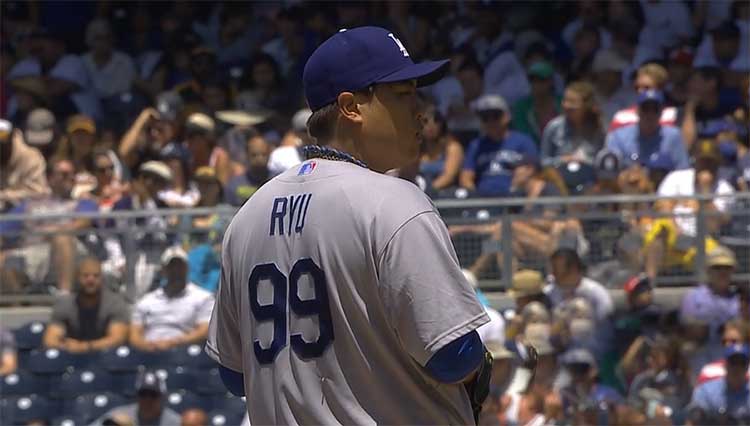 Hyun-jin Ryu was… well, let’s go with “efficient,” right? Certainly not dominating, not when he managed a mere two strikeouts (one apiece against Cameron Maybin and Alexi Amarista) against the worst offense in baseball, one that didn’t even start Seth Smith, but then again, he did retire the first nine in a row and didn’t allow a runner to third base until the sixth inning. When he did, even the lone run San Diego scored came in on two groundouts after a Carlos Quentin leadoff double.

If it seems like I’m being lackluster about this game, well, just look at how the three runs scored, from the ESPN box score:

Every run-scoring play included an error, an out, or both. That’s a whole lot of pitching, and not a ton of action, which goes for old friend Eric Stults on the San Diego side, too. Not that this is necessarily a bad thing, because a win is a win is a win. It just doesn’t lend itself to exciting recaps, I suppose.

Anyway, we can take some quality bullpen work away from this one. J.P. Howell got four outs and Brian Wilson two more, before Kenley Jansen — pitching for the third consecutive day, a season first — nailed down his second ninth inning in a row, this time striking out the side and looking good doing it. It’s almost like one lousy game shouldn’t change how you view one of the best closers in baseball.