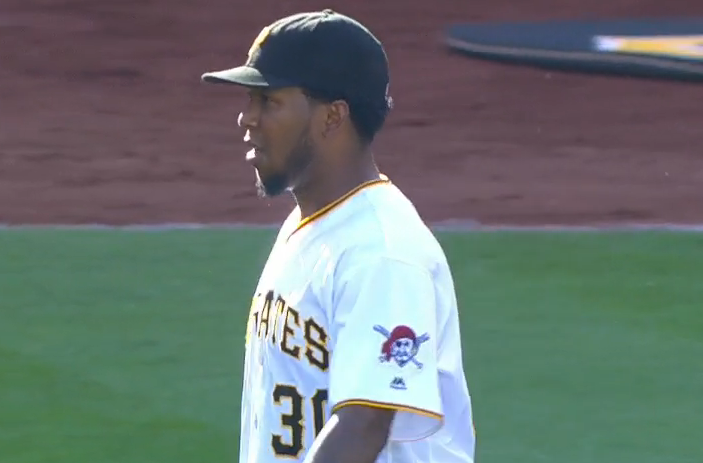 The Dodgers don’t necessarily need to do anything else this off-season, but besides the elephant in the room at second base, the second-biggest need for the roster is a setup man. Joe Blanton remains a possibility, though I’m skeptical he can fill that role, and now the Dodgers are being connected to Neftali Feliz.

#Dodgers looking for right-hander who can pitch 8th inning; Neftali Feliz is among the options they are considering, sources say. @MLB

Like Blanton, while Feliz isn’t a bad idea or anything, it’s just a bit uninspiring.

Last year in 2016, Feliz threw the most innings he has since 2011 with 53.2, and put up a 3.52 ERA, but still finished the season injured. While his FIP was an unimpressive 4.53, there was hope as he posted a 3.76 DRA. That’s because while his control was still below average and he still struggled with homers, his strikeout rate jumped 10% in 2016 to 28% under Pirates pitching coach Ray Searage.

One possible reason for the strikeout rate spike is that Feliz averaged 96.1 mph with this fastball, up 3 mph from 2014 and 1.5 mph from 2015. Assuming the season-ending injury wasn’t major, Feliz seemed to be fully recovered from Tommy John surgery during last season. So even though his statistical profile is average, he’s going to be just 29, and if the stuff from 2016 sustains, there could be hope that he pitches better than expected.

I understand the thought process in the Neftali Feliz interest, as the spikes in velocity and strikeout rate grab your attention. However, even factoring those in, he was rather mediocre last year and the Dodgers already have a lot of what Feliz offers in a middle-relief profile that gives up too many homers but has some upside.

Feliz is more of a guy you take a flier on and hope for the best (like Blanton) instead of signing him to be the setup man to start the season. But then again, if the team is limiting themselves to one-year deals for relievers, it’s possible this is the type of bullpen addition the Dodgers will have to settle for. Let’s hope not.