Dodgers 12, Pirates 1: I, for one, welcome our new Chris Taylor overlord 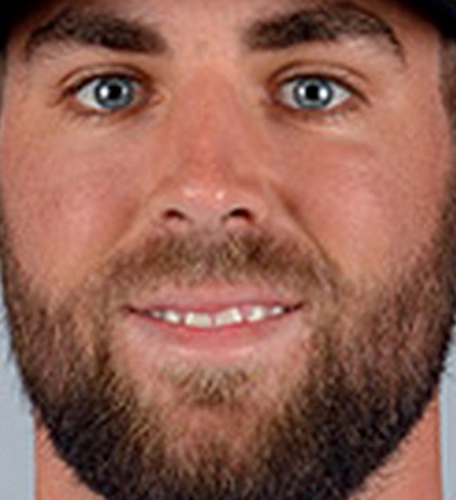 The Dodgers played in a stress-free game that they were on the right side of! A comfortable, never-in-doubt 12-1 victory over the Pirates? It’s a miracle!

So about that comfort level, yeah it was nice and cozy after the Dodgers got off to basically the best start imaginable. Andrew Toles reached on an infield single, Corey Seager reached on an error by the pitcher, and with one out Cody Bellinger walked to load the bases. Joc Pederson then cashed a run in with a single as the Dodgers went station to station.

Chris Taylor, future 2017 NL MVP, then stepped up to the plate and crushed a hanging 0-2 breaking ball for a grand slam.

Later in the inning, with two down, Yasiel Puig ELEVATED (!!!!!) and went yard.

Six runs early in the game? A gift for my blood pressure.

The runs continued to come in the third, when one out singles by Joc and Taylor put runners in scoring position for Yasmani Grandal.

Line drive in the score book.

In the fourth the Dodgers continued their assault, starting off the inning with three consecutive singles to Toles, Seager, and Justin Turner, with the latter driving in a run.

Then, with one down, Joc doubled in another.

The Dodgers then went quiet for two whole innings before getting more. In the seventh, the first three batters reached again to load the bases, with a Taylor walk, Grandal single, and Puig single. After two strikeouts, Enrique Hernandez stepped up and hit the bag down the line for a lucky double.

Basically, the only thing that could stop the Dodgers momentum was concern about the health of Seager.

Seager was talking to trainer in dugout, now heading to clubhouse.

But thankfully even that turned out to be nothing.

No injury for Corey Seager, removed by Roberts for rest.

Thankfully all that run support turned out to be relatively unnecessary as Alex Wood had it working on the mound tonight. With a 10-0 lead at the time, he was presumably removed after five for rest reasons, but until that point, the only reason a batter even got to second base was due to an error.

Wood threw 60 of his 88 pitches for strikes, allowing just two hits and a walk, striking out a whopping 11 batters in a dominating showing. I’m not sure how the Dodgers are going to manage the rotation at this point, but considering Wood is currently the second-best pitcher in it, I wish them good luck in trying to remove him.

Can't wait to see how the Dodgers manage to either constantly 10-day DL a SP to keep Wood in rotation or demote their 2nd-best SP to pen.

Ross Stripling then took over for Wood, even though they could probably use him in a more important game, but whatever. Stripling promptly gave up a run in his first inning of work on three hits, appropriate because his BABIP against this year is about .500. However, he made it through that frame with only one run allowed, and hurled two more scoreless after that. He allowed only a walk the rest of the way and struck out five.

Adam Liberatore finished the game off, newly called up as the Dodgers continue to manipulate the new 10-day DL. The lefty, who is probably better than both Sergio Romo and Chris Hatcher but has options, pitched a 1-2-3 ninth to end it.