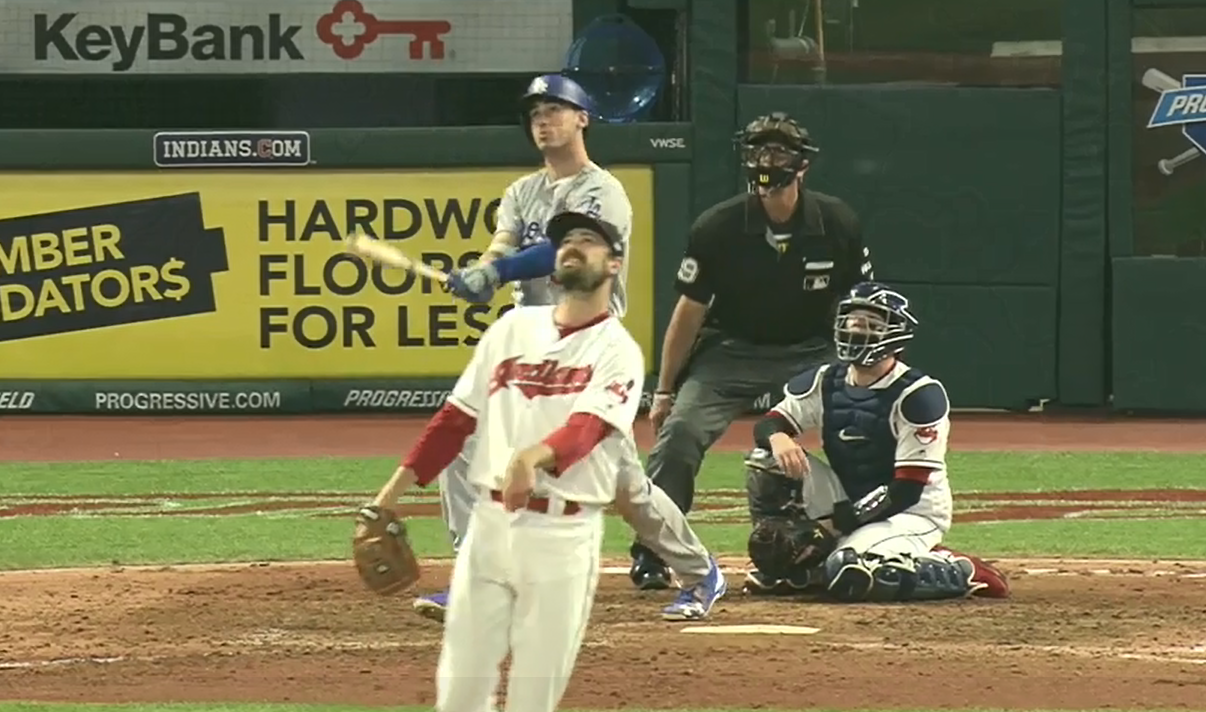 The Dodgers secured a five-game winning streak with a 7-5 victory over the Indians tonight, though oddly enough it wasn’t an excellent Clayton Kershaw or getting to Trevor Bauer that did it, but a rookie going yard off arguably the best reliever in the game.

Kershaw looked about as bad as he has all year, continually getting behind hitters and oddly bouncing 55-footers. He had almost no control of his fastball, the slider had bite but fleeting command, and the curve was basically the only thing remotely working.

And Kershaw went 7 innings on 101 pitches, giving up only two runs on six hits and two walks despite only striking out four. It’s nice to not have it at all and still be able to turn in what would be an excellent start by anybody else’s standards.

That’s not say he’s not frustrated, though. 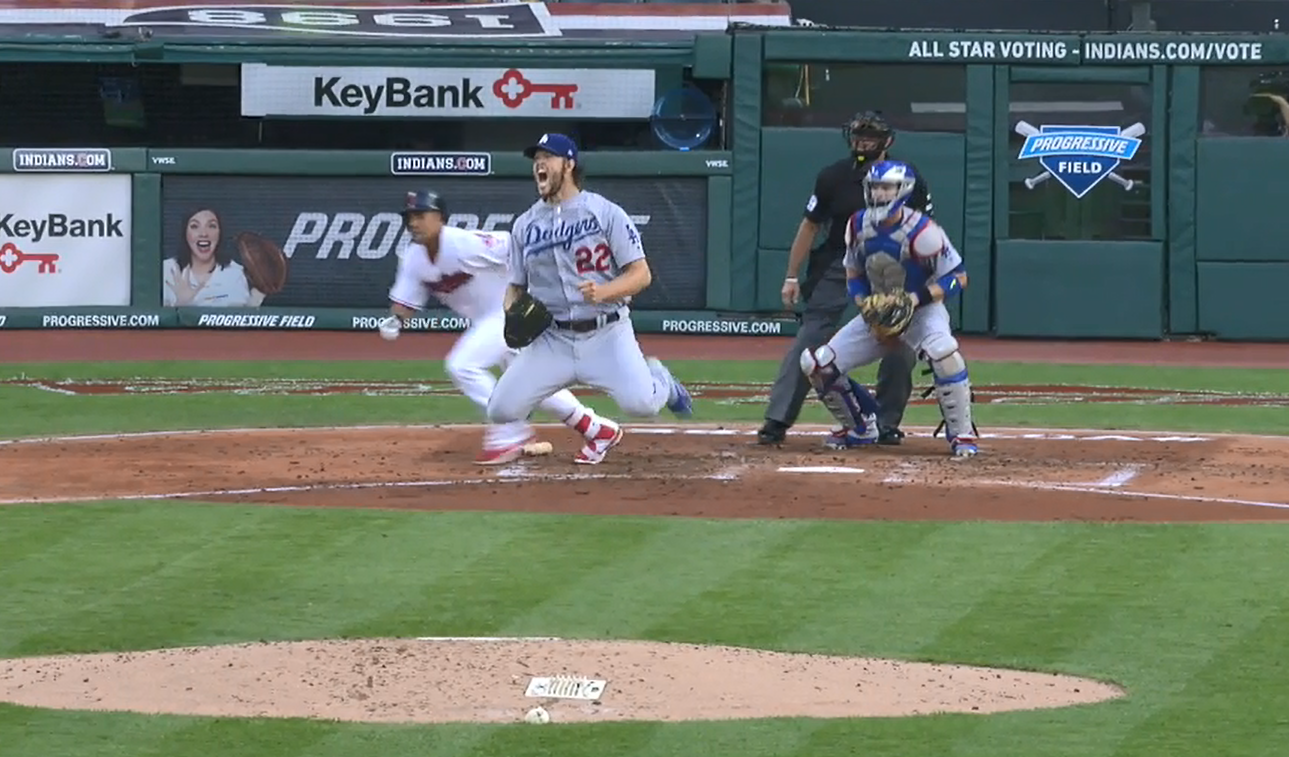 Only somebody very mad gets hops like that on the mound.

Also, the homer problem seems like a thing, and it seems connected to his fastball command issues. He has already given up 13 dongs, which is two away from his career high, and today’s dong was from Roberto Perez (.439 OPS).

On the other side, the Dodgers struggled to get much going offensively against Bauer, but they did get a jolt in the second inning with a Yasiel Puig two-out, two-run homer to right with Chris Taylor on base after a single.

Puig hitting a 96 mph fastball for a homer the other way is a great look, and he also got to tell a heckler to get fucked.

Yasiel Puig had a clear message for a heckler or something behind home. pic.twitter.com/aUltf5Zw9F

After the game, he said he was getting heckled and everybody found it hilarious.

Yasiel Puig said he was getting heckled. "I reacted that way," he said. "I stooped to their level."

Yasiel Puig said he'll pay a fine if he has to. His teammates found this whole thing hilarious.

When Andrew Miller entered the game in relief, it looked like it would be a pen war for a while, but Cody Bellinger amazingly put an end to that.

Does it feel like that’s rare? Well it is.

Cody Bellinger is the first guy to homer off Andrew Miller in 2017.

The Dodgers got an insurance run after Taylor walked with one out, stole second, and came home on Jason Kipnis throwing error as he tried to turn two on Joc Pederson.

But that wasn’t the real money shot, as Bellinger came up again in the ninth after back-to-back singles by Corey Seager and Justin Turner, and bombed a homer to right.

That was more than enough for the pen, which brought out Pedro Baez for a 1-2-3 inning with a two-run lead, and then turned to Chris Hatcher with a five-run lead. Hatcher struck out two and got unlucky on a wild pitch strikeout that would’ve ended the game, but he also gave up two hits, including a three-run bomb to left. With Sergio Romo gone, the bullpen would really be great if Hatcher goes next for Brandon Morrow or something.

As long as they don't blow it, maybe this game is ideal in that the Dodgers will win AND Hatcher will be gone for Morrow.

Anyway, there was no need for panic, as Kenley Jansen then entered and got the final out on a K.

Logan Forsythe looked like he added some EDGE at one point.

Logan Forsythe looks as if he got a new piercing. pic.twitter.com/UHvDJkb9sc

Dodgers winning meant they got to 40-25 on the year and 15-15 away from home, which is a 100-win pace. Thanks to a Rockies loss to the Pirates, the Dodgers now tied for the lead in the NL West, but are technically in first due to winning percentage. Woot.