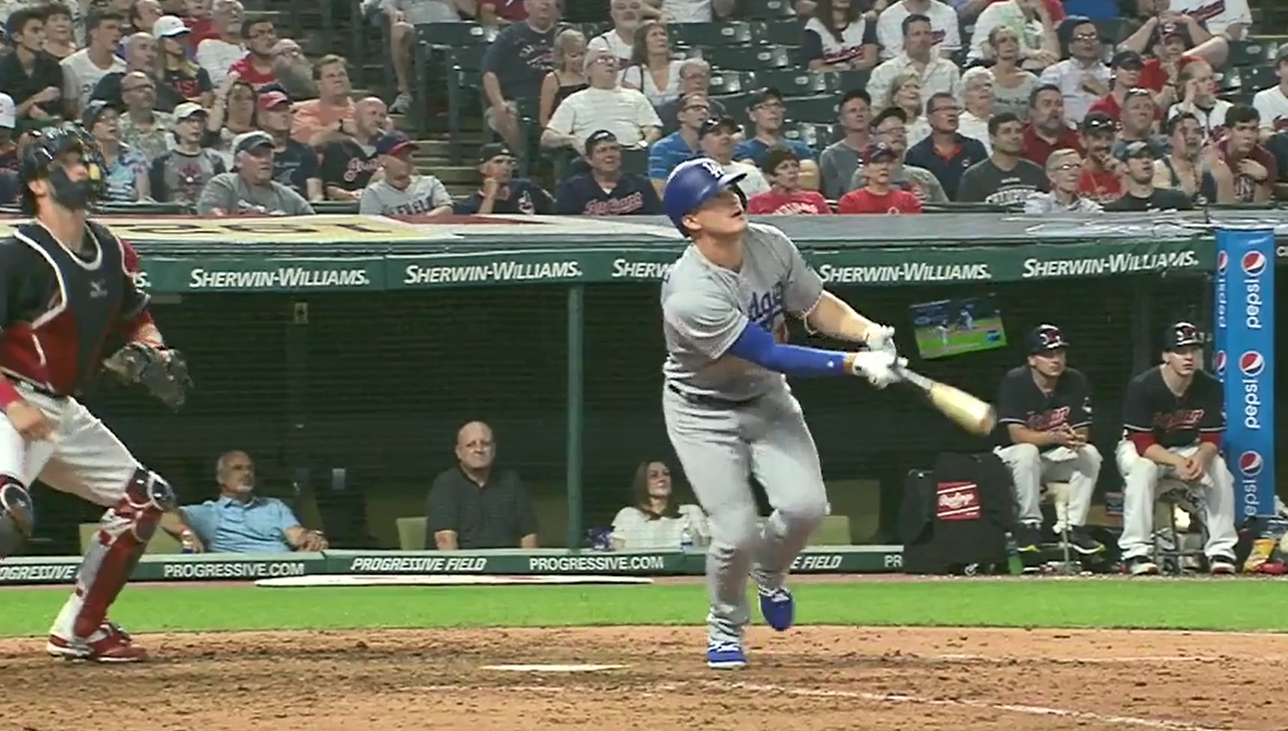 The Dodgers extended their win streak tonight to six games in a 6-4 victory over the Indians. While the two teams have two of the best bullpens in the majors, you’d probably never know it by this series so far.

Brandon McCarthy was fortunate today, as he struggled a bit with his command and frequently got behind hitters. He only walked two batters, but that led to a lot of contact, which was evidenced by his zero strikeouts. The lucky part was only allowing three hits despite all the contact, no matter how soft the contact was.

In the sixth, however, the contact started to get louder and with one out and runners on the corners he was removed for Grant Dayton. Dayton gave up a sacrifice fly to score a run charged to McCarthy, but escaped major trouble by getting a ground out to end the inning.

Offensively, Yasmani Grandal drew a one-out walk in the second, which was followed by a Chris Taylor ground-ball double down the line in left. That would’ve scored a run if most people on were on first, but Grandal almost looked like he was about to die rounding second, so it was runners on second and third instead. With two down, the Dodgers finally cashed in, with Joc Pederson hitting a roller down to third for an infield hit and a run.

Knocked the crap out of that one.

With two outs and runners on first and third, the Dodgers ran their favorite double steal play. The Indians actually had it figured out, with their second baseman cutting in front of the bag to throw back home in an attempt to get Taylor, but Taylor got a good jump and slid in safely anyway for the second run.

The game got locked up in the seventh when Josh Fields coughed up another homer, unsurprisingly on another high fastball. It’s partially on him, but I really have to question continually going upstairs when hitters demonstrate they’re hunting for the pitch. Anyway, he got out of the inning without further damage but the game tied at 2-2.

By some miracle, the Dodgers got to Andrew Miller again after Corey Kluber finally exited after seven innings. With one out, Enrique Hernandez took a fastball off the plate outside and smashed it to right field for the go-ahead homer.

That wasn’t the end of it, however, as Corey Seager singled, and then both Justin Turner and Cody Bellinger walked to load the bases. Grandal followed by seemingly grounding into an inning-ending double play to short, but for whatever reason second baseman Erik Gonzalez came off the bag comically early and the inning continued with an insurance run scoring. 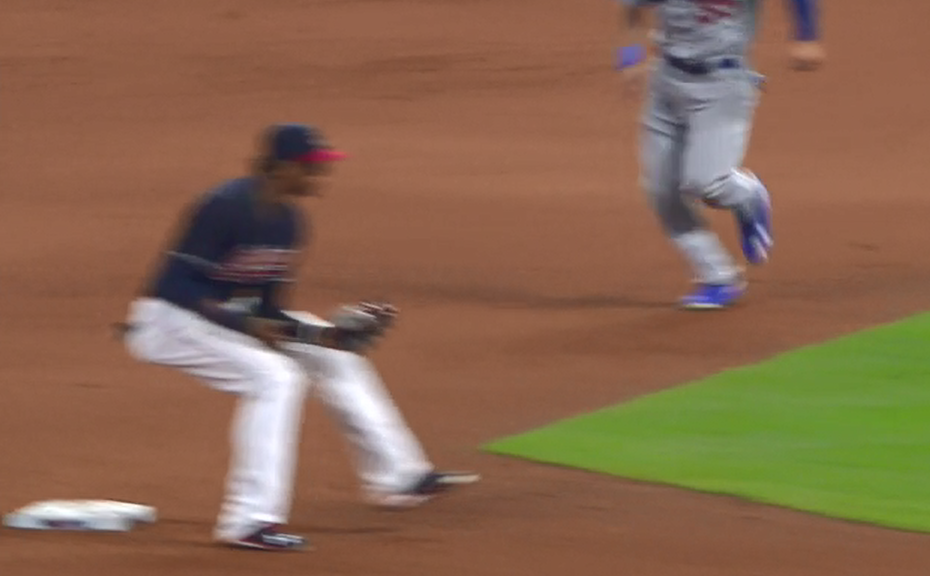 Speaking of insurance, Taylor then cashed in the chance with a two-out single to drive in two runs and give the Dodgers a four-run lead.

Good thing, because the Indians came right back in the eighth. Luis Avilan started the inning off with a ground out, but back-to-back doubles plated a run, and after another ground out he was removed for Pedro Baez. A lucky check-swing single drove in a run and cut the lead to two, and a double ripped to right put the tying run at second. Luckily, Baez escaped with a pop-up to end the inning.

The ninth, of course, belonged to Kenley Jansen. He got a 1-2-3 inning to secure the win and get the save, but only struck out one batter.

As did SNLA, really.

Dave Roberts was amused by Terry Francona playing matchups in the ninth.