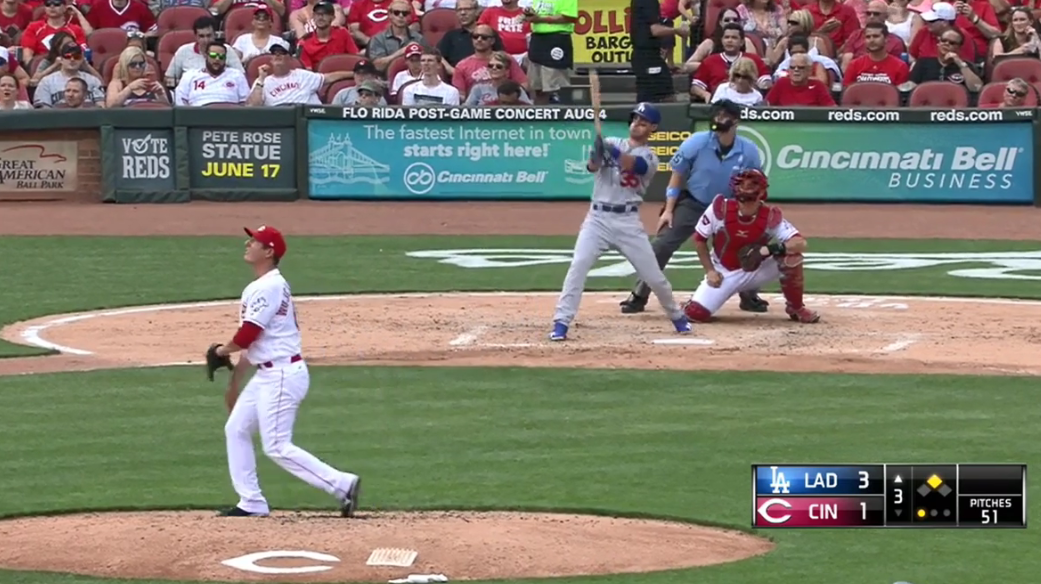 After having their six-game winning streak blown up, the Dodgers have bounced back against the Reds by taking the first two games of this series after this afternoon’s 10-2 victory.

The dongs were out in Cincinnati.

The bats exploding were the main story today, totaling 10 runs on 12 hits and five walks.

Things got started early with a Cody Bellinger two-out double in the first that drove in Corey Seager, who doubled earlier.

Most importantly, the most Charley Steiner thing ever.

The third, though, is when things got out of hand in a hurry. After Hyun-Jin Ryu reached on an error to start the inning, Seager drew a one-out walk, and then Chris Taylor ripped a double to left to drive them both in.

That was followed by Bellinger getting it right this time and pummeling a ball into the seats.

The Dodgers then went back-to-back thanks to Joc Pederson, who notched his second homer in two days.

The offense struck again in the fourth, again started by Ryu. He walked, then Chase Utley singled, which setup Seager with an RBI single.

The last three runs came in the sixth, eighth, and ninth innings and were all courtesy of Yasiel Puig.

So yeah, he hit two solo shots. And he also hit a sacrifice fly to right to drive in another after the bases were loaded with one out thanks to singles from Bellinger and Logan Forsythe and a Joc walk.

Puig’s OPS is suddenly up to .765 on the year, and paired with Gold Glove defense in right, he’s becoming an asset again even if he’s less amazing.

On the mound, Ryu labored a bit at times today, getting into trouble in the first, fourth, fifth, and major trouble in the third, but he wiggled out of it with minimal damage at each juncture. Ryu allowed just two runs on eight hits and two walks, but pitched just five innings due to having to throw 105 pitches.

Ryu’s stuff looked quite good, as evidenced by his seven strikeouts. Joey Votto knows what I mean.

It was particularly helpful for Ravin, since it was his audition of sorts. Praying.

Dodgers are now 43-26 on the year and 18-16 on the road, which seems like a miracle. Unfortunately, both the Rockies and Diamondbacks (well, winning now) won again, so the Dodgers remain one game back of the former in the NL West and tied for second with the latter.