Dodgers 6, Rockies 1: Everybody gets Wood as Puig shows out with massive dong 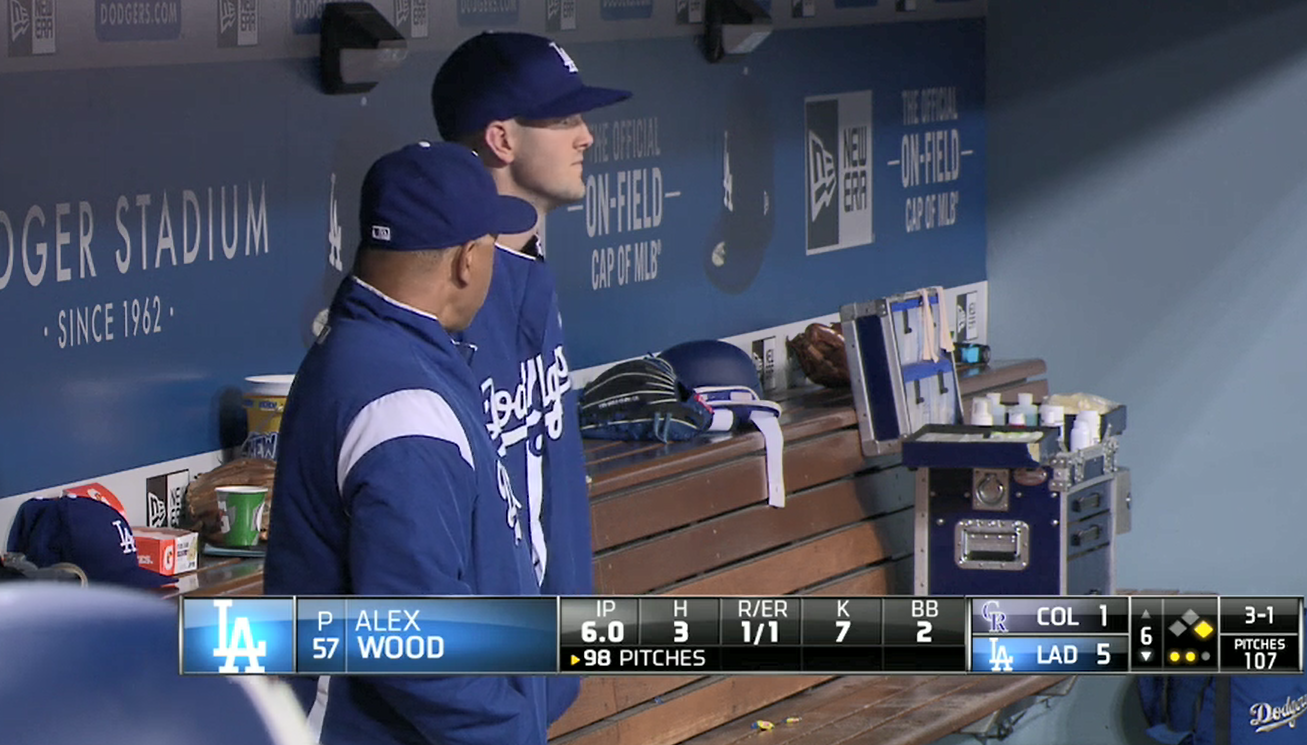 The Dodgers entered the key showdown with the Rockies tonight as winners of their last seven games and 13 of their last 14. Alex Wood and the bullpen made sure that run of success continued after they turned in excellent performances in the 6-1 win.

The offense got things started early with back-to-back one out singles by Corey Seager and Justin Turner (plus an error by Kyle Freeland on a pickoff attempt) putting runners on the corners in the first. That was cashed in by a deep Cody Bellinger fly ball to center for a sacrifice fly and a run.

The big inning, however, came in the third and the damage was all done with two outs. After Austin Barnes started things with a walk and eventually advanced to second, he came home on a Seager single with two down. Turner followed with a single of his own to score a run, and Cody doubled to net another in the three-run outburst.

While Yasiel Puig didn’t start the game, he did make an impact when he entered and continued his red-hot stretch, crushing a ball to center in the fourth.

They also got a bit of insurance in the eighth after Barnes led-off with a triple and was cashed in by a Logan Forsythe sacrifice fly.

Luckily, not much offense was necessary today.

Wood continued his special 2017, wiggling out of trouble effectively in the first and only surrendering a run in the second because of an infield single and a “double” to left that was actually primarily Franklin Gutierrez being old, sick, and slow. Wood gave the Dodgers six innings of one-run ball, allowing just three hits and two walks while striking out seven. He also barely lowered his ERA down to 1.86, which basically tells you how amazing he’s been this year for the Dodgers.

The Dodgers followed that with the bullpen trio of Kenta Maeda, Brandon Morrow, and Sergio Romo, who combined for a perfect scoreless inning each to secure the victory.

Because we can’t have nice things, Seager did exit with a hamstring injury.

The victory puts the Dodgers at 49-26 on the year and 30-10 at home, both of which are comical and is a 106-win pace. Amazingly, the Phillies beat the Diamondbacks as well, so the Dodgers are 2.5 games clear in the NL West, which seems like a minor miracle.