Dodgers 12, Rockies 6: Wild pitches define a wild game, Dodgers get to 10 in a row 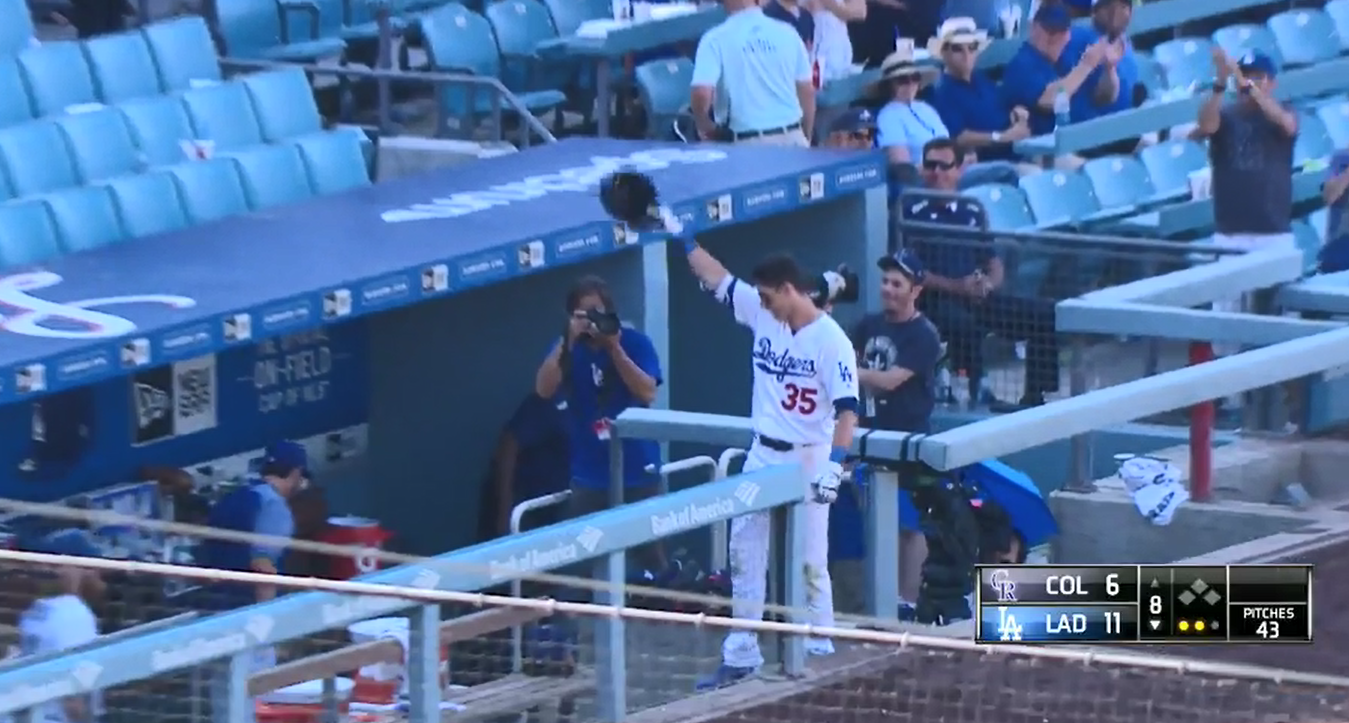 The Dodgers are the hottest team in baseball and they’re coming up with new ways to win at this point. Sure, they won 12-6 over the Rockies in what seems like a blowout, but it was anything but to get to 10 wins in a row and to win 16 of their last 17.

A wild ride, quite literally.

Brandon McCarthy has been having one of the best seasons of his career in 2017, but a problem from last year seemed to sadly re-emerge in the second inning: the yips. McCarthy looked much like the pitcher who couldn’t find his catcher’s mitt last year as he walked two in the inning and uncorked three wild pitches. The promising sign is that he bounced back in the third for a 1-2-3 inning. However, he was removed from the game at that point for reasons we can only speculate on.

McCarthy said the wildness were cutters and four-seamers. Bounced back cause he could still throw sinker and curve.

Still … that was concerning.

McCarthy wasn’t necessarily hit hard, but a combination of errors, unfortunate luck, and the aforementioned yips led to five runs (four earned) on four hits and two walks. Honestly, at this point the concern is less this performance and more whatever was going on physically and/or mentally. 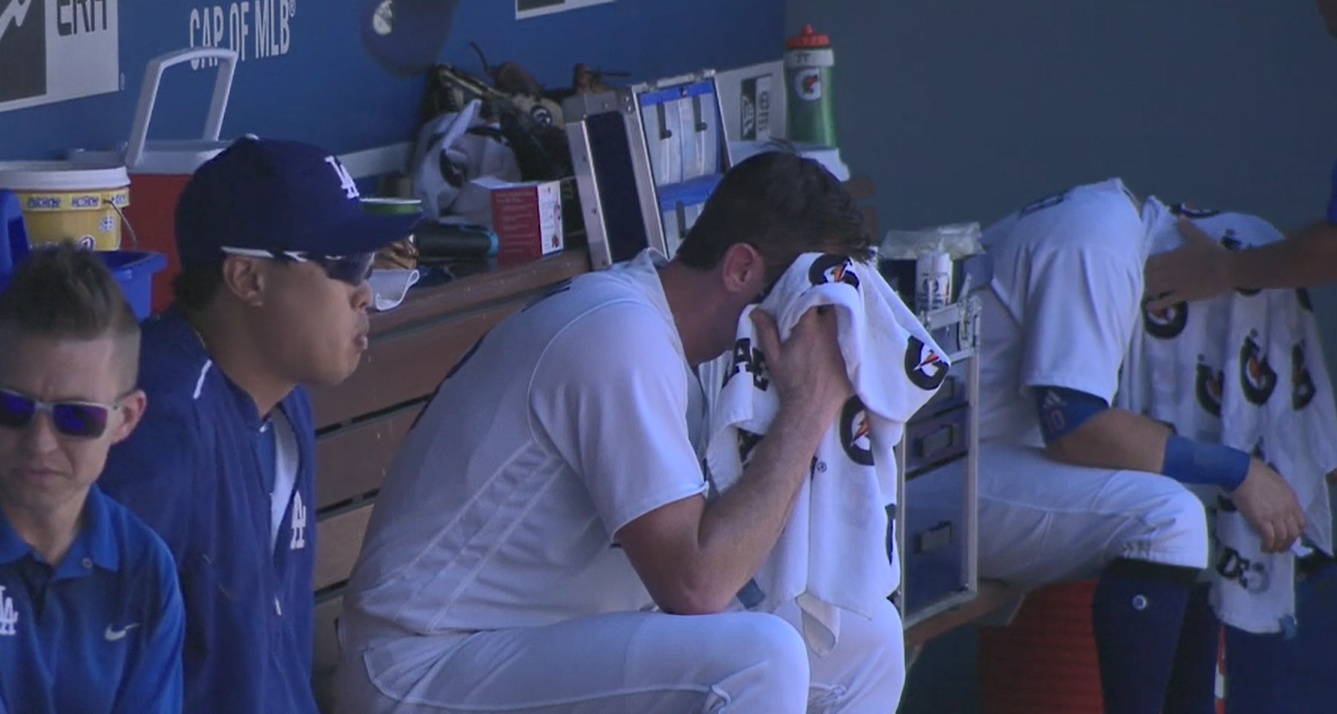 Luckily the Dodgers offense cobbled a ton of runs together. Notably, they got four in the third after two-run shots from both Enrique Hernandez and Cody Bellinger.

The bats then went quiet for a while, but then trailing by two in the seventh — in what I can only describe as a ridiculous sequence — the Dodgers loaded the bases with two outs and then cleared them to take the lead … on two wild pitches.

INJECT THIS INTO MY VEINS

They put the game away in the eighth with a five-spot, including two more runs scoring on wild pitches (seriously) before Bellinger dingered AGAIN with a man on.

How ridiculous was the game? Ridiculous enough that Kenley Jansen doubled in a run off the Rockies closer Greg Holland. 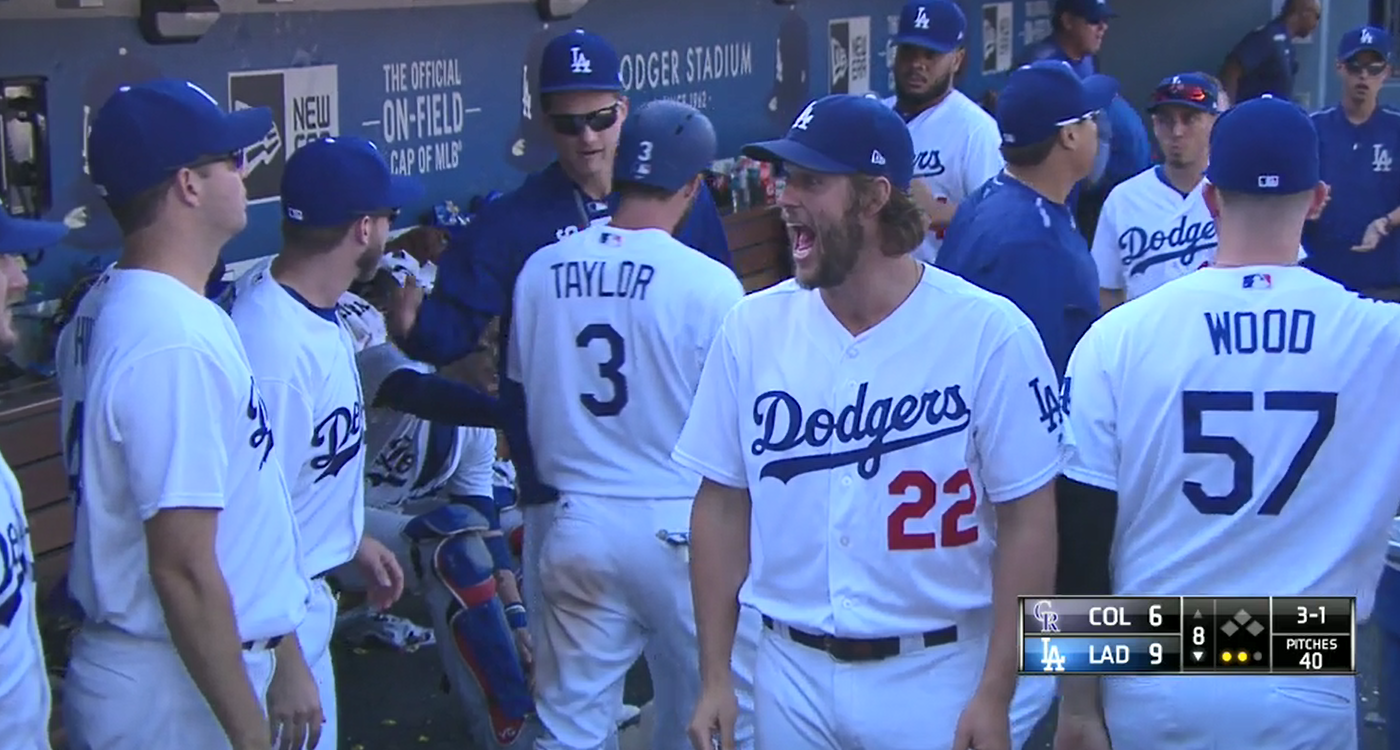 Going back to the other side of things, thanks to McCarthy’s struggles it was basically a bullpen game. Luis Avilan, Ross Stripling, Pedro Baez, Grant Dayton, and Kenley combined for six innings of one-run ball, with Stripling the only one giving up a run (two innings). Collectively they surrendered just four hits and four walks in the outing to lock things down.

The only bummer was Kenley finally issuing a walk to end his streak.

.@KenleyJansen74 just gave up his first walk of the season – on June 25!

He had compiled an @MLB-record 51 Ks before his first BB of 2017. pic.twitter.com/zRG8HCEblG

Five runs scored on wild pitches is the most by any team in a game since 1920.

Eight wild pitches between the Dodgers and Rockies is the most in a single game since 1913, per Stats LLC.

Manny Mota is a G.

"Manny Mota comes in everyday to remind me that I already got paid for yesterday."-Cody Bellinger pic.twitter.com/5GmIAMVrdg

The Dodgers are now 51-26 on the year and 32-10 at home. This must be what invincibility feels like. The Diamondbacks walked off the Phillies, so the NL West lead is still 2.5 games, but the Rockies are suddenly 4.5 back. Meanwhile, the Astros also won today, meaning the Dodgers are still a game back of the best record in baseball.