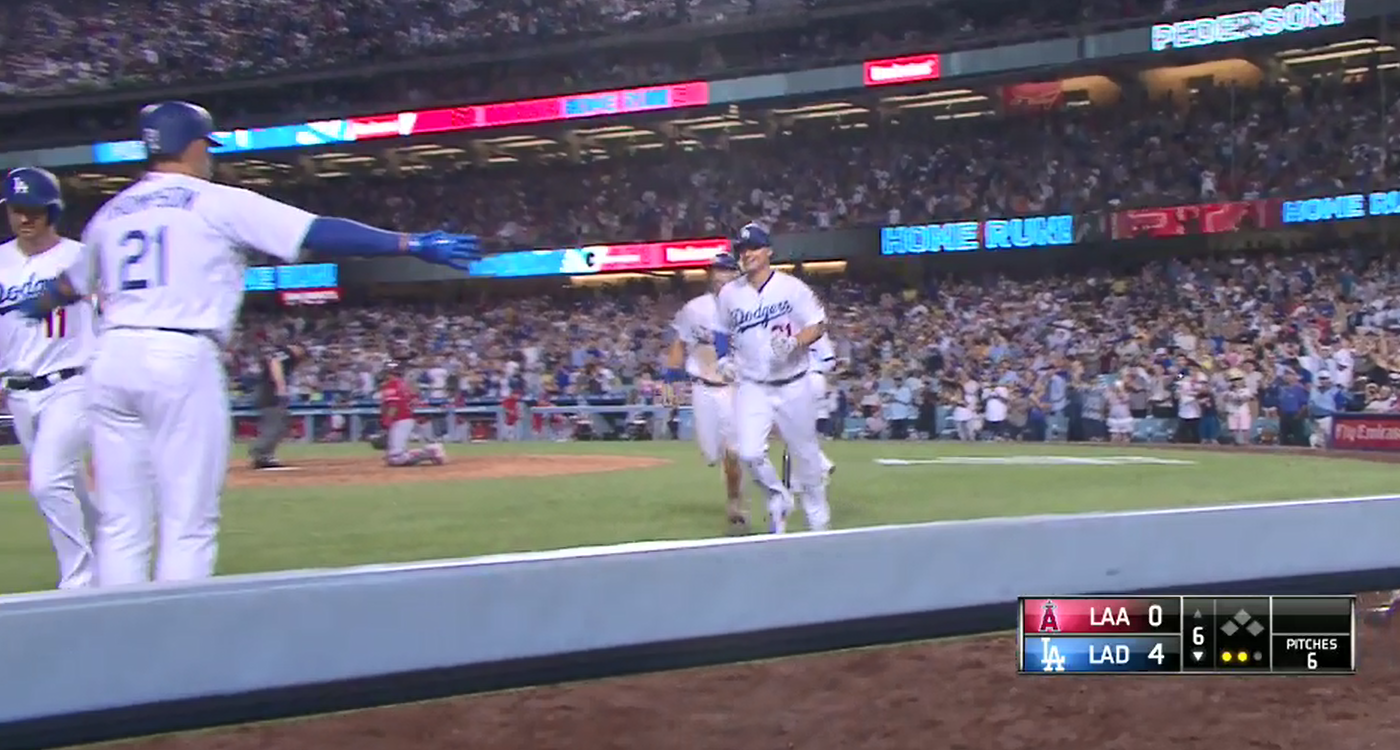 After having their winning streak ended yesterday, the Dodgers are working on starting a new one after a 4-0 victory today over the Angels behind a gem from Kenta Maeda in his return to the rotation and late heroics by Cody Bellinger and Joc Pederson.

Maeda has been in and out of the rotation this year, but he came into today having allowed just four runs in 14 innings in June. With Brandon McCarthy heading to the disabled list, he got another shot in the rotation and made the most of it.

He turned in one of the best starts of his career, going seven shutout innings on 92 pitches, walking none and allowing just four hits while striking out six. Maeda only put a single runner in scoring position in the fourth and didn’t allow anybody past second, so the threats were also minimal.

While Kenta had a rough April to the tune of a 6.58 ERA, in May and June he now has a combined 2.70 ERA. Safe to say that giving up on the guy who was the rotation anchor last year was probably not that wise, and based on merit he definitely deserves his rotation spot back at this point.

The offense was hampered by injuries to Corey Seager, Justin Turner, and Yasiel Puig, and they were also hampered by the fact that the umpire was calling pitches strikes that were up to nine inches off the plate outside.

Lasted one batter. This is honestly terrible. pic.twitter.com/SexWs5ch7I

It was consistent, but terrible because those are essentially unhittable, and the Dodgers were held scoreless for five innings.

Luckily then, the sixth happened. Chase Utley started things with a double and Logan Forsythe followed with a walk. With one down, Bellinger singled against the shift for the game’s first run.

Later in the inning, with two down, Joc came up with the big blow that essentially secured the win.

After that, Brandon Morrow took over for Maeda, and in his two innings of work to close out the game he struck out one and allowed just a single hit to secure the win.

The Dodgers are now 52-27 on the season and a whopping 33-11 at home. The Diamondbacks are tied with the Cardinals now, so the Dodgers are only back up on top of the NL West by two games.