Dodgers 1, D-backs 0: Alex Wood looked like an All-Star in his 7 stellar innings 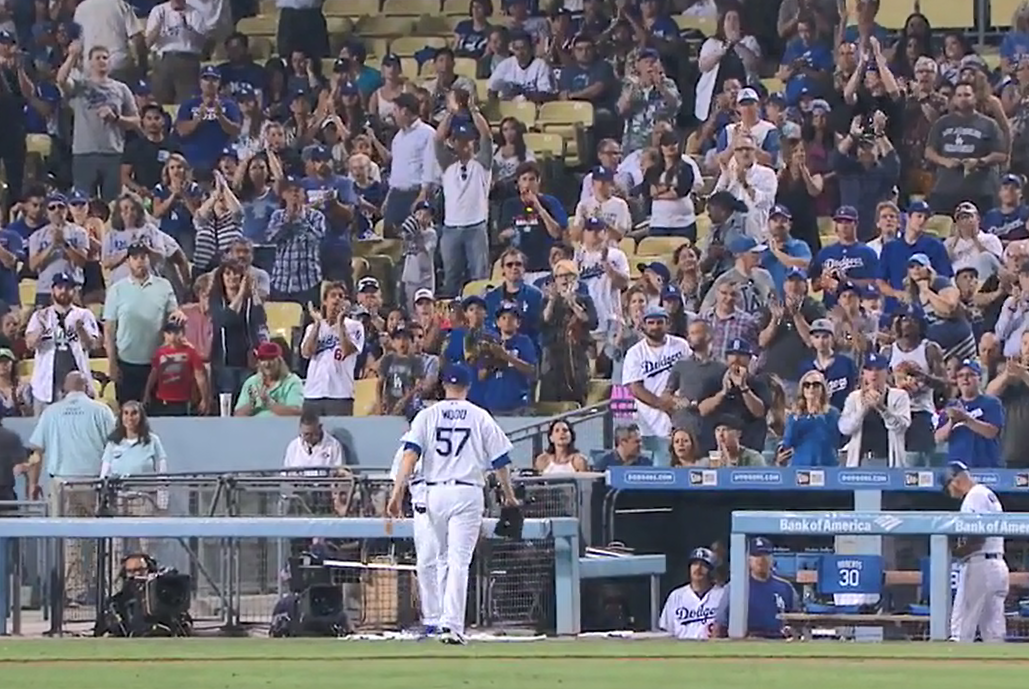 The Dodgers and Diamondbacks are the two best teams in the National League in 2017, and they played a tight one tonight with a playoff type of feel to it. The offense did, uh, enough for Alex Wood, Pedro Baez, and Kenley Jansen, who led the charge to a 1-0 victory.

Wood was dominating for most of the game, allowing just three hits and two walks, going seven scoreless innings. Wood also struck out 10 batters, as he had everything working again, particularly the slider.

He did get fortunate on some hard contact, but that’s something that you’re probably going to need if it comes to shutting down the powerful Diamondbacks lineup.

For whatever reason, Wood was removed in the eighth on 85 for Baez, which was rather confusing and still is. Baez made it more confusing by promptly walking the first batter of the inning on four pitches. But because of our complete faith in Baez, he bounced back with a strikeout and a ground out, then got another strikeout against Paul Goldschmidt to end the threat.

That pitching was important because the Dodgers sure as hell weren’t doing anything offensively.

They did manage to get a run in the second with back-to-back one-out hits, as Chris Taylor singled and Yasmani Grandal drove him in with a double.

But generally they struggled mightily, managing just four hits and three walks on the night, and failing to capitalize with a runner in scoring position in the first, second, sixth, seventh, and eighth innings.

That left just a one-run lead for the Dodgers in the ninth, but luckily Jansen was ready to hold it. After struggling last night by allowing a homer and a walk, Jansen bounced back by getting a scoreless ninth with two strikeouts to shut the door on the game and on the hopes of the D-backs of getting a series victory.

Chase Utley loves nothing more than getting hit by the baseball.