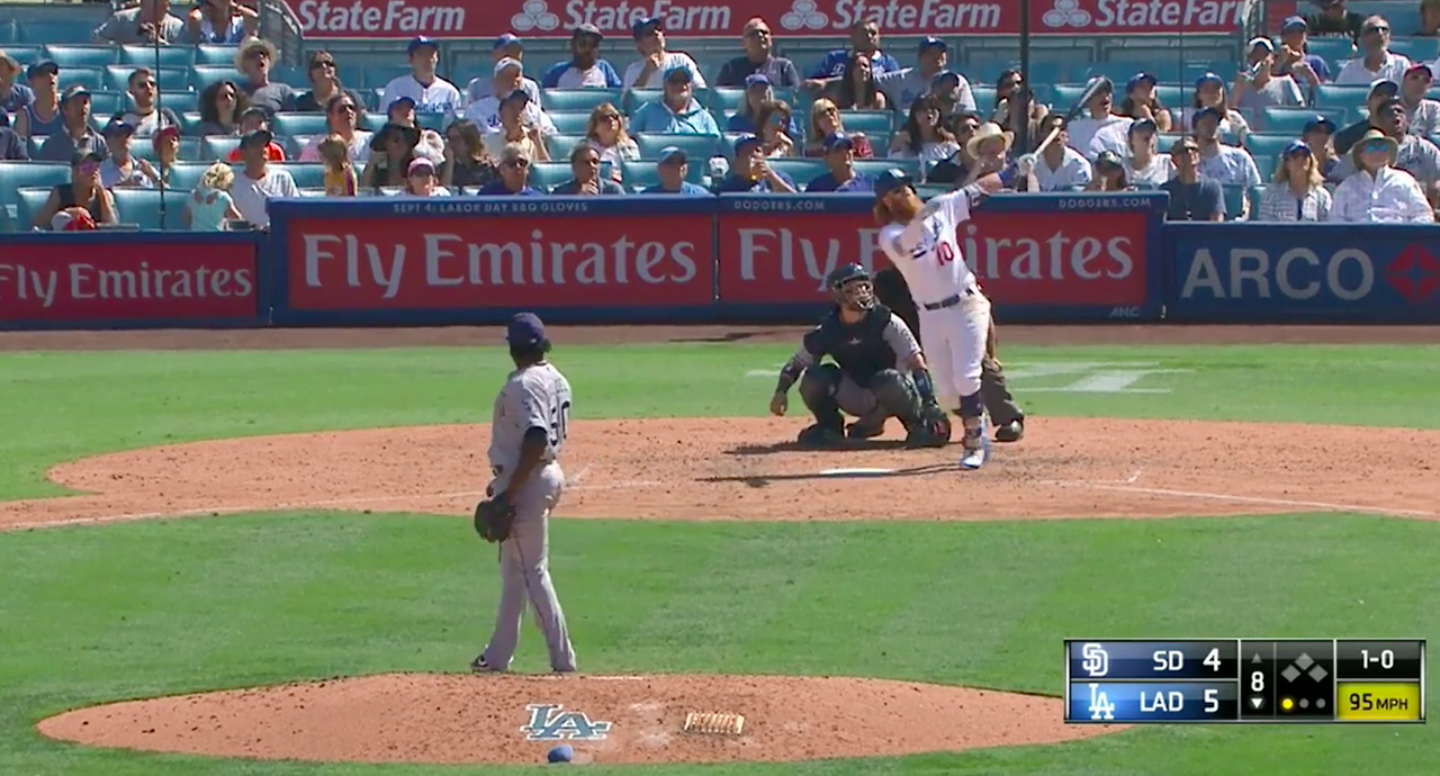 The Dodgers just keep rolling along, picking up another series victory and making it 19 consecutive series without a series loss.

The Padres got on the board in the first inning against Kenta Maeda with a one-out solo shot by Cory Spangenberg. They added to that lead when Jose Pírela reached on a throwing error by Justin Turner, took third on a Yangervis Solarte base hit, and scored on a Wil Myers sac fly.

San Diego starter Luis Perdomo began the game with three perfect innings, but lost his perfect game bid on the first pitch of the fourth inning, which struck Chris Taylor in the ribs. Corey Seager promptly ended the no-hit bid in the next at bat with a base hit up the middle. Turner ended the shutout bid in the next at bat with his 16th dinger of the year to make it 3-2 Dodgers. 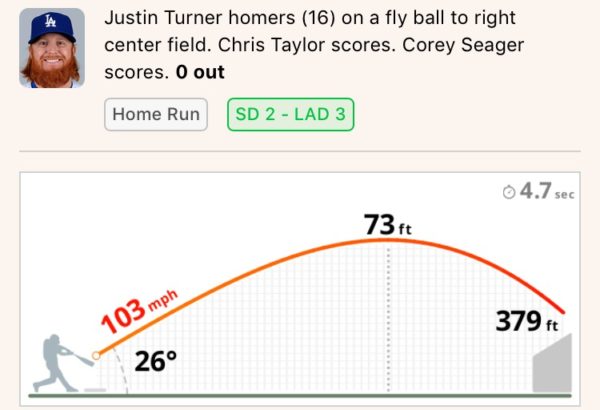 The Dodgers weren’t done, either. Cody Bellinger doubled up the right field line, and, with one out, Yasmani Grandal brought him home with his 15th #batdrop of the season: 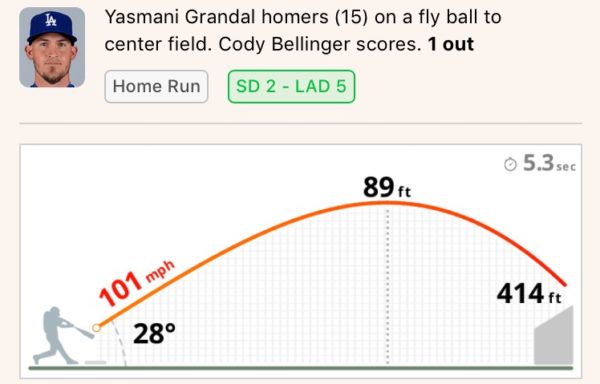 Maeda followed up that rough first inning with four clean frames, not allowing another base runner until the top of the sixth. Manuel Margot singled, and Spangenberg delivered his second home run of the day to make it a one-run game. Maeda retired Pírela, but walked Solarte, and, at 85 pitches, was lifted for Josh Fields. Fields proceeded to finish off the inning with no incident.

After that explosive fourth inning, the Dodgers went without another hit until the bottom of the eighth, when Turner delivered his second bomb of the day for a bit of insurance: 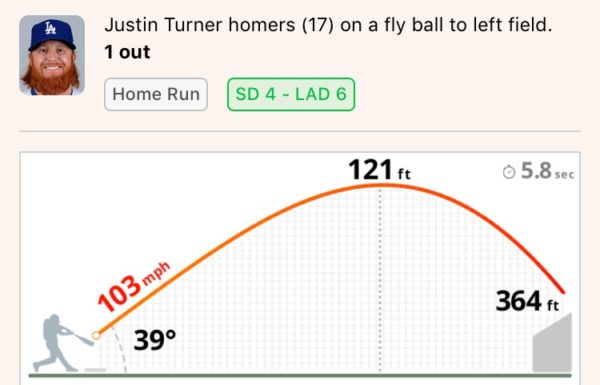 Have a day, Ginger Jesus Moses.

The Dodger bullpen closed out the afternoon with a strong performance. Pedro Báez, Luis Avilán and Kenley Jansen each delivered scoreless innings to shut the door on the Dodgers’ 83rd win of the season. It was Kenley’s 32nd save of the season, and he picked up yet another strikeout in the process. Taylor also made a nice catch:

That’s another come-from-behind victory for the Dodgers, who are now two games above .500 (36-34) in games in which they’ve trailed at any point.

Sarah Wexler is a native Angeleno and longtime Dodger fan. She began blogging about baseball in 2012 on her Tumblr, New Grass On The Field, where she covered an array of topics but especially enjoyed exploring baseball history. She is now a reporter/producer for MLB.com. She earned her master's degree in Sports Management from Cal State Long Beach. She graduated from New York University in 2014 with a bachelor's in History and a minor in American Studies. She's an avid Springsteen fan, which is a big boost to her baseball writer cred.
@sarahwexler32
Previous Padres @ Dodgers August 13, 2017: Perdomo vs Maeda
Next Podcast: ‘Dugout Blues’ episode 209 – Darvish, Turner, Bellinger, Hill, Joc