Dodgers 6, Pirates 5: Yasiel Puig homer in the 12th proves to be the difference 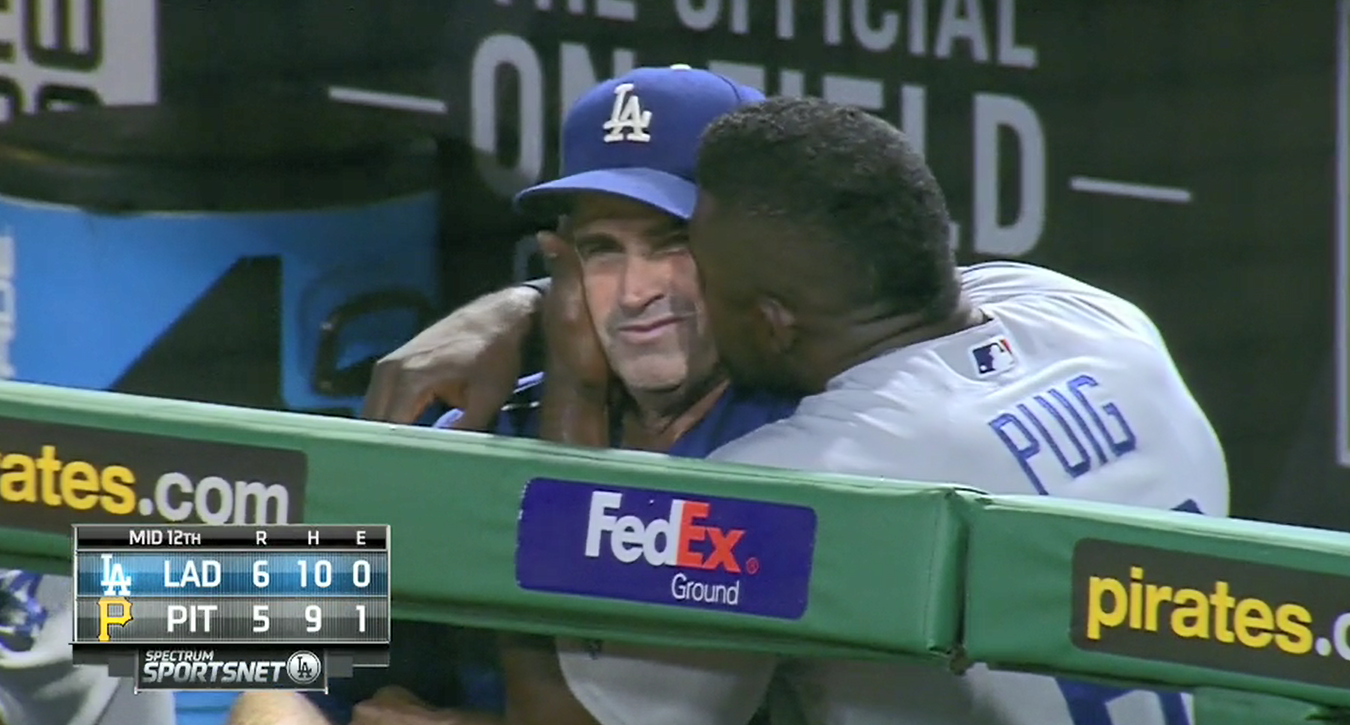 After having the audacity to lose a game yesterday, the Dodgers bounced back with a 6-5 win over the Pirates in 12 freaking innings to start the four-game series.

The Dodgers continue to do this with their top players out and finding regular rest for their starters. Helps that their reserves could definitely start on other playoff teams, much less any other teams.

Alex Wood probably should get rest in August regardless of his velocity or performance, simply for the sake of managing his innings and because the Dodgers can, and hopefully after today the Dodgers end up doing that. Honestly, it’s not that he was bad — three runs (three solo homers, granted) in six innings on five hits and no walks with five strikeouts — but his fastball being back in the 90-91 mph range plus his previous admission of fatigue just seems to make skipping a start or two the common sense thing to do in the Dodgers’ situation.

They are probably going to do that. 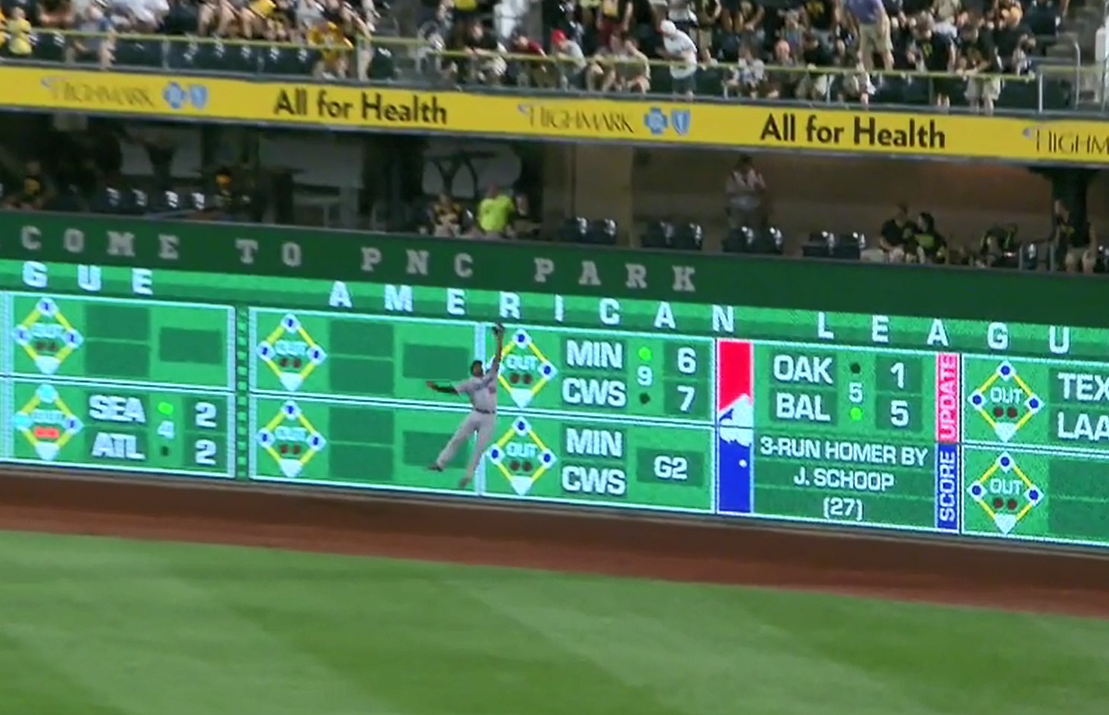 Pirates starter Gerrit Cole escaped bases loaded jams in the second and sixth innings in six scoreless to start, but couldn’t escape a third time in the seventh.

Chase Utley started the frame with a single and Logan Forsythe made it a rally with a walk. With one down, Corey Seager singled sharply to right to break the shutout and get the Dodgers on the board.

Justin Turner followed with a single of his own, which loaded the bases, and the Pirates left Cole in for whatever reason. I don’t know why they did that, but I’m grateful for it, and so was Curtis Granderson when he deposited a hanging slider over the wall in right-center for a go-ahead grand slam.

Granderson’s 21st homer of the season and his second in a Dodgers uniform. 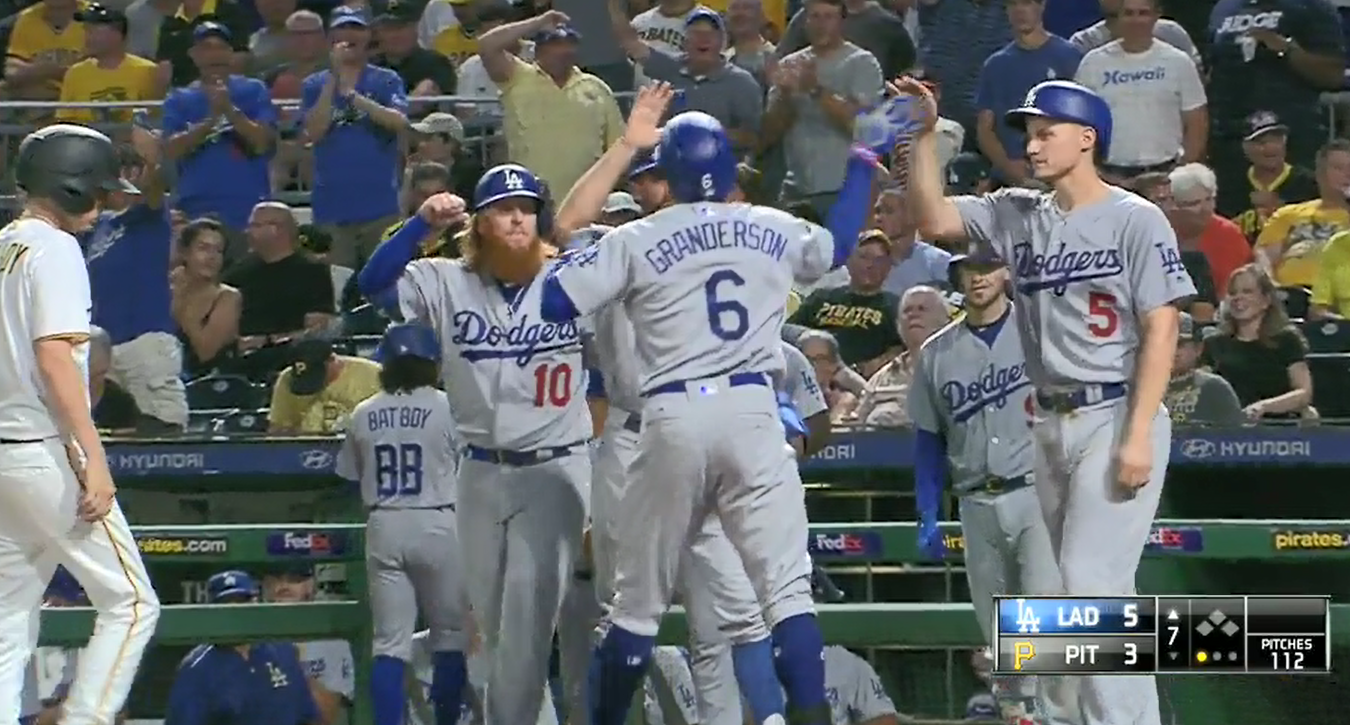 In relief of Wood, Josh Fields got a 1-2-3 seventh inning with a strikeout. After getting an ovation from his former home crowd, Tony Watson hit a batter and notched a strikeout in the eighth before being relieved.

Unfortunately for him, he was relieved by Pedro Baez, who promptly gave up a double for a run (charged to Watson) and then issued two consecutive walks to load the bases. Baez then gave up a game-tying ground out to second and then issued another walk to load the bases before being mercifully relieved. Using Baez in any high leverage situation is a grave mistake regardless of what his ERA is. Period.

Anyway, they had to summon Brandon Morrow, who induced a routine fly ball to end the inning with the game still tied. Despite him being made of glass, they extended him into the ninth, where he struck out a batter and induced two infield pop-ups after allowing a ground single.

Due to the offense being unable to score despite loading the bases in the 10th and getting a runner to second in the 11th, things trudged on. Kenley Jansen allowed a single, but got a scoreless 10th, striking out two. Luis Avilan was tasked with the 11th, giving up a single but getting out of it without much trouble.

That proved important, because on the second pitch in the 12th, Puig drilled a go-ahead dong to center.

Put the game on Puig. pic.twitter.com/uDRlGxjnLz

Ross Stripling was then brought in to get the save, and though he allowed a single and issued an intentional walk, he managed to get two ground ball outs and a fly out to nail down the save.

88-35 on the season means they’re back on their 116-win bullshit. 37-21 away from Chavez Ravine is a 103-win pace in itself. Decent. The idle Rockies are now 20.5 games back in the NL West race, while the idle Astros are now 12.5 games back in the best record in baseball race.

"A highly rational Internet troll." - Los Angeles Times
@ChadMoriyama
Previous Dodgers @ Pirates Aug. 21, 2017: Wood vs. Cole to start a 4-game series
Next Alex Wood’s velocity is down; it’s concerning and the cause of his issues