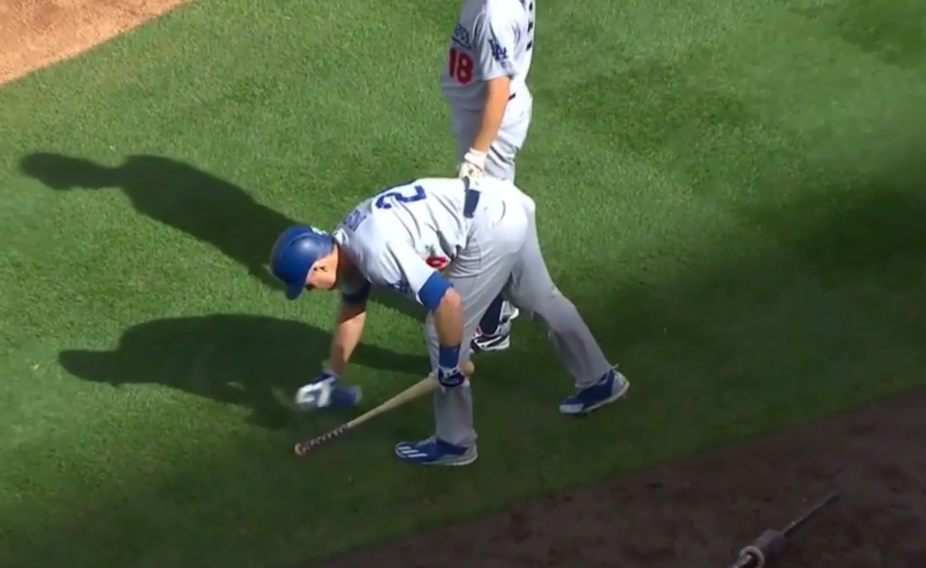 Both the Dodgers and Rockies had nothing to play for in Game 162, so both teams went with bullpen games, which can tend to end up messy. Fortunately, this one went relatively smoothly, resulting in an easy 6-3 win for the Blue.

With the win, the Dodgers have now finished the season on an 8-2 run. According to a certain school of thought, this is supposed to make them unstoppable due to momentum or whatever, but it’s not gonna stop me from feeling like puking while watching the postseason games.

The pen for the Dodgers faired better at Satan Field than the starters did, with Ross Stripling going two scoreless to start on 23 pitches, followed by a scoreless inning from Edward Paredes with two strikeouts. Kenta Maeda then entered to further acclimate to his postseason relief role, and though he gave up two hits and a walk, he did get two scoreless for himself.

The offense got things started in the first behind a pair of doubles, one from Corey Seager and one from Cody Bellinger.

They got another in the third behind a Seager single, a Justin Turner double, a Bellinger walk, and an Enrique Hernandez sac fly, but failed to get a big inning they seemed primed for. The fourth led to more scoring, this time behind a walk to Yasiel Puig, a single from Chris Taylor, and an infield single from Seager, which plated a run.

The Dodgers actually scored more than once in the fifth, and all the damage came with two outs. Walks to Enrique and Yasmani Grandal set the stage, with one run being cashed in on a double Joc Pederson ripped down the right-field line.

Wildness then led to another run, as a walk to Trayce Thompson loaded the bases and another walk to Charlie Culberson forced a run in.

The bats then got insurance in the seventh, as an Austin Barnes bloop single was followed by a double on a grounder by Joc to drive in a run.

That left things for Brandon McCarthy, who also got two innings but struggled. Brando surrendered five hits and a walk, giving up three runs and letting the Rockies get back into the game. Walker Buehler then had a bit of a rocky outing himself, giving up a hit and a walk, but getting out of the eighth without damage.

Josh Fields then finished up the season in the ninth with a 1-2-3 inning.

The Dodgers have finished the regular season with 104 wins. That is good, IMO.