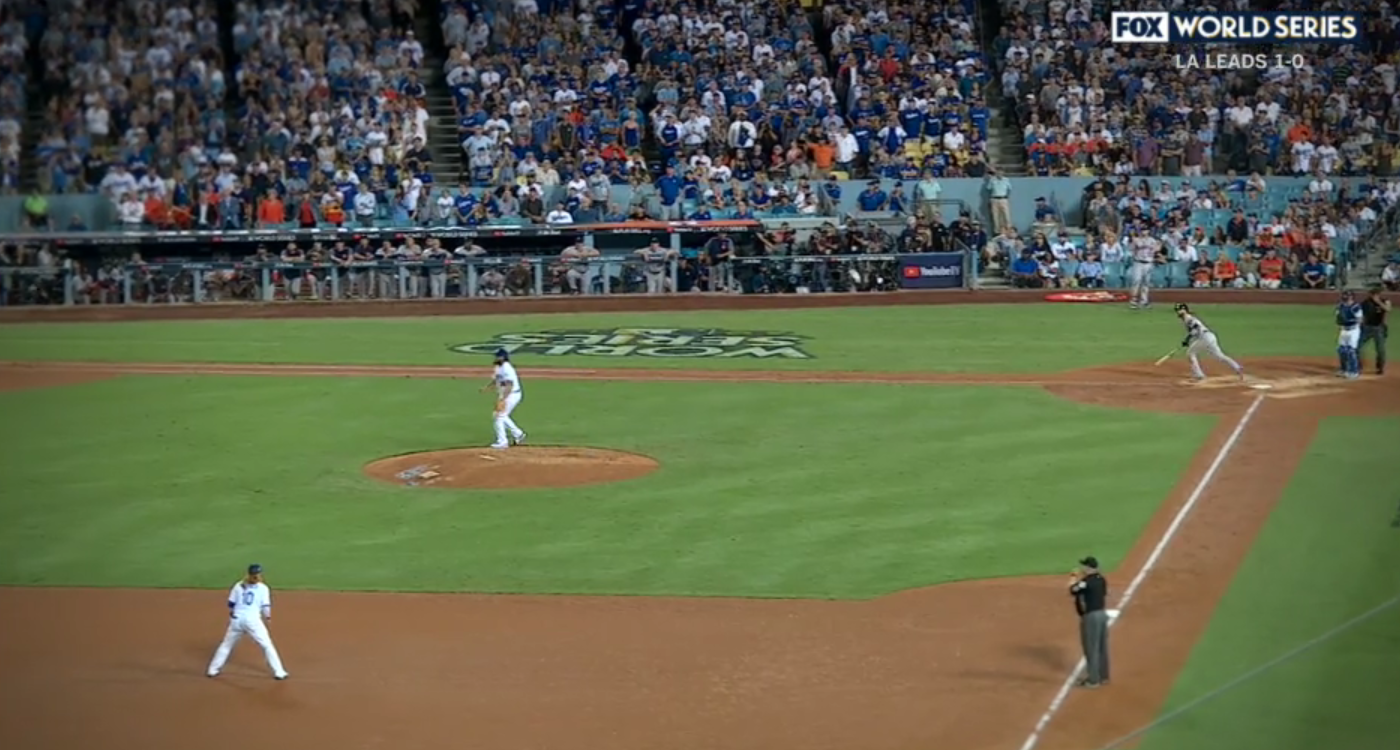 The Dodgers and Astros played a classic in Game 2 of the World Series, one that was chock full of homers and comebacks, but one that the Dodgers came out on the wrong end of in a 7-6 loss in 11 innings.

As a fan of baseball, this was amazing to watch. As a fan of the Dodgers, God this sucked.

Let’s rewind back to the start, though.

Rich Hill was on the mound for the Dodgers, and though he was up against a tough task in both the opposing lineup and opposing pitcher, he was also the best starter in the second half for the Dodgers. That didn’t necessarily show early, however, as he walked the first batter of the game and didn’t seem to have command of either his fastball or his curve. However, he eventually found it and did it quickly, managing to allow just a single run in his four innings of work.

The Astros did take the lead against him in the third, as Josh Reddick started things with an infield single to second that Chase Utley basically just missed (Logan Forsythe makes the play). Justin Verlander then bunted him over to second, and back-to-back singles on consecutive pitches by George Springer and Alex Bregman plated a run. Thankfully, Hill managed to avoid disaster in the inning to keep the Dodgers in the game.

Rich allowed just three hits and struck out seven, but did issue three walks (one intentional) before being removed with only 60 pitches due to Dave Roberts (correctly) not wanting Hill to face a lineup the third time and because the Astros are righty-heavy at the totp.

Since coming over to the Astros, Verlander has been utterly dominant. It’s been covered ad nauseam, and he was definitely the toughest test the bats have had to face this postseason. Verlander was as advertised, and was perfect through three innings and maintained a no-hitter through the fourth despite walking Chris Taylor. However, the Dodgers continued to fight and they finally got him after he hung a breaking ball to Joc Pederson, who skied a homer to right to tie the game, 1-1.

“Are you not entertained?” 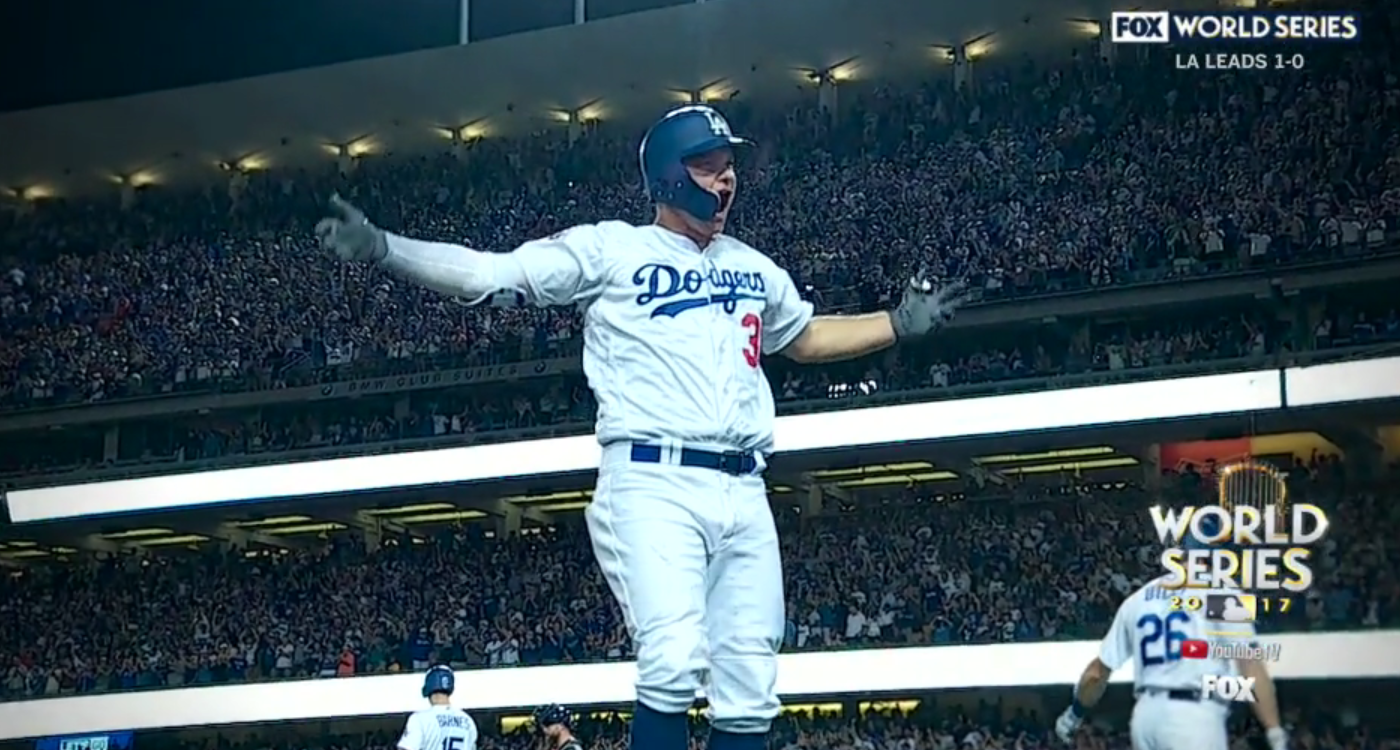 Oh we were, and that continued in the sixth. Two quick outs were followed by a CT3 walk, and after falling behind in the count, Corey Seager drilled a fastball to the opposite field for a homer and a 3-1 lead.

How significant was that? Corey actually showed emotion. 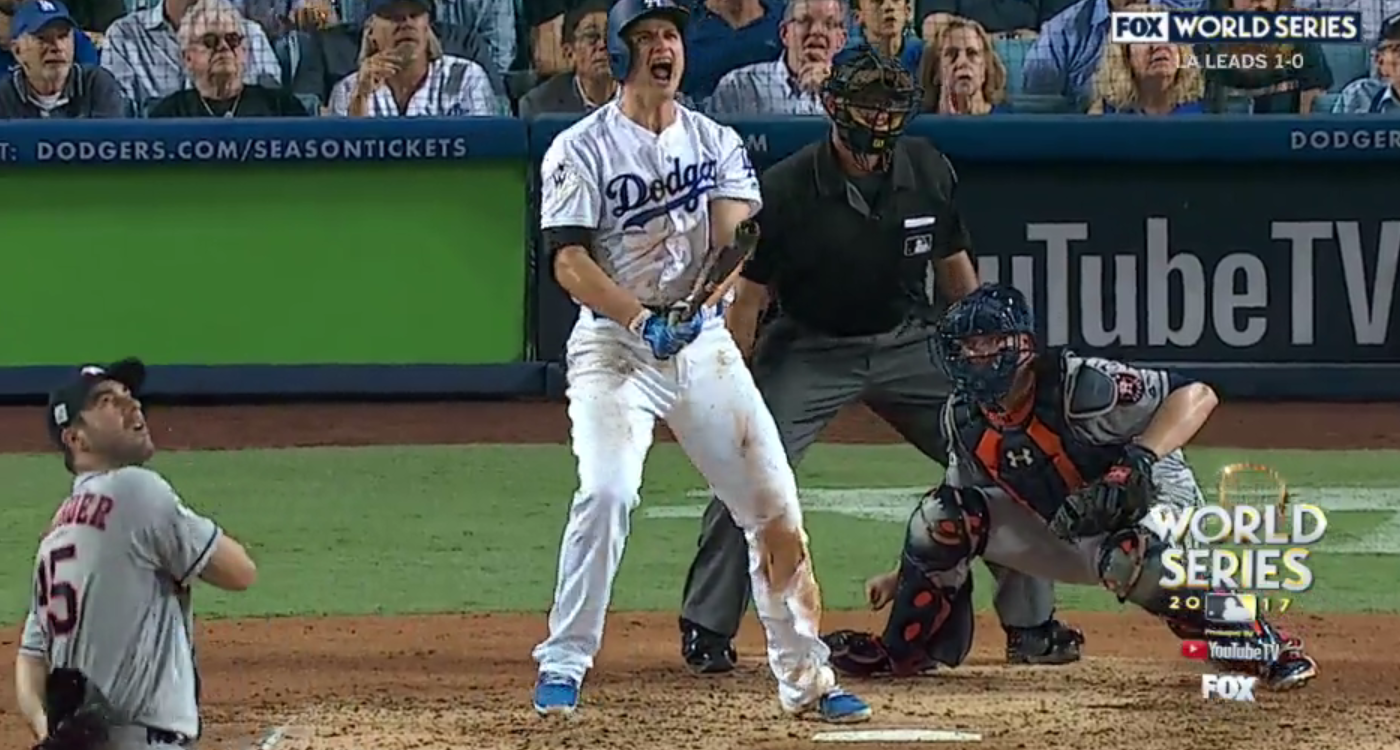 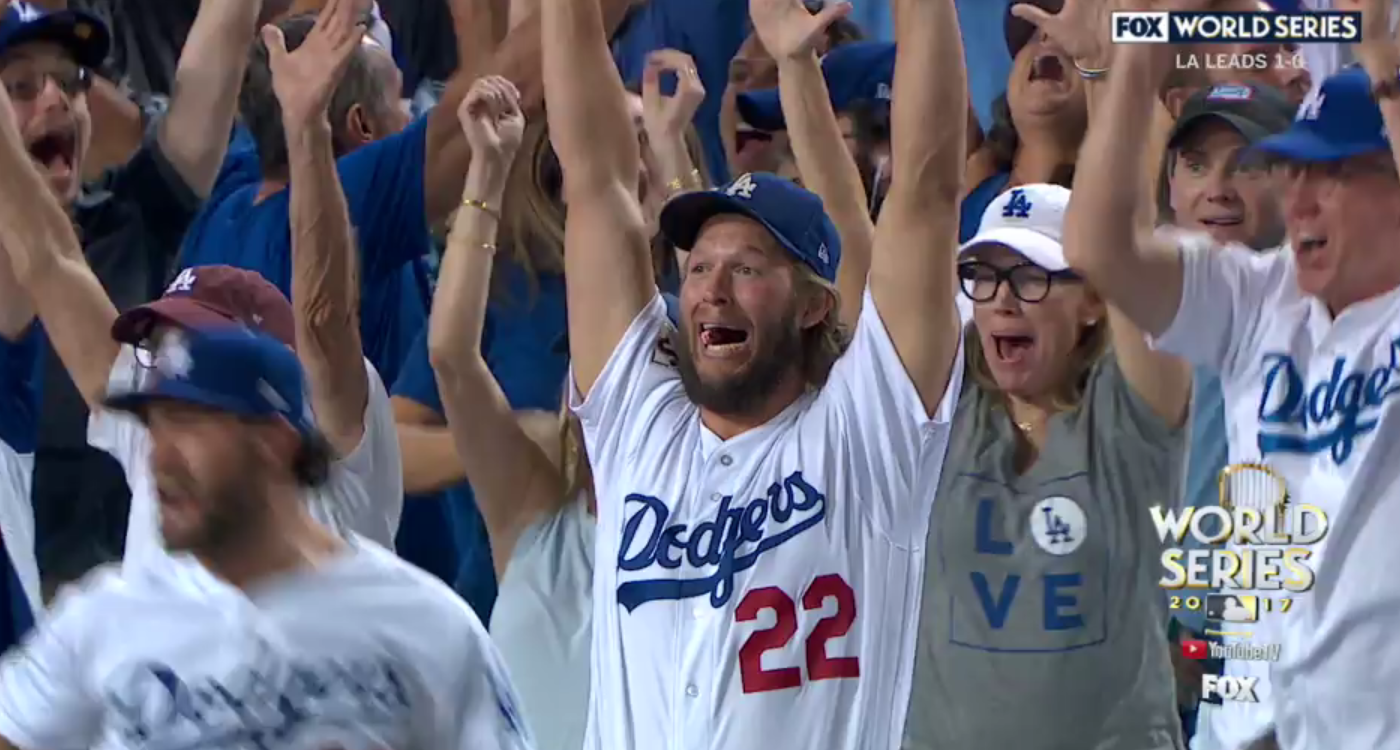 Verlander was done after six, pinch hit for because the Astros needed to score. Against the pen, the Dodgers blew a massive chance to add insurance in the seventh, especially after things started with Cody Bellinger being gifted first base on an error and then being gifted second thanks to a wild pitch. Yasiel Puig followed with a ground out to move him to third, but Joc and Austin Barnes both struck out to end the threat. That would prove to be a huge missed chance.

With Hill being removed early, the bullpen faced the tough task but one that they had to expect given how the postseason has been done thus far. Kenta Maeda, righty killer, was first out to face the slew of right-handed Astros. King Kenta got a relatively easy 1-2-3 fifth, but did give up a single to start the sixth before retiring the next hitter. With a lefty coming up, Tony Watson was brought in and he ended up throwing only one pitch to preserve the tie, inducing a rare 5-6-3 double play thanks to the shift to end the frame.

An odd decision came next, as Dave opted to go with Ross Stripling to start the seventh. One can only assume the reason for this was that Brandon Morrow was not yet warm and only started to get ready after the Dodgers took the two-run lead on Seager’s homer. However, it’s honestly almost worse that Stripling was going to enter a tie game there anyway. Making matters worse, Ross didn’t have it at all, issuing a walk on four pitches before being removed. Morrow then entered and immediately induced a double play to take some pressure off. He then gave up an infield single before getting out of the seventh with a grounder. Brandon also started the eighth, but things didn’t go as planned, as he immediately allowed a double and was relieved shortly after.

That meant Kenley Jansen was coming in for the tall task of a six-out save, but it’s something that he’s been preparing himself for since the off-season and was definitely doable. Kenley got a ground out to start, but that advanced a runner to third, and that runner scored on a single back up the middle by Carlos Correa to cut the lead to one at 3-2. Jansen thankfully escaped the threat with a pop out and a strikeout, but the Astros chipped away at the lead. That paid off immediately when Marwin Gonzalez squared up an 0-2 cutter left in the middle of the zone and hit it out to left-center to tie the game, 3-3. While Kenley also allowed a double later in the ninth, he escaped without further damage.

The Dodgers wouldn’t get scoring chances in the eighth or ninth, as the bats were set down 1-2-3 in both frames, though Belly did barely miss a walk-off homer in the ninth that definitely seemed like it would end the game.

The problem about extra innings after Kenley blows a save is the rest of the bullpen is quite soft and quite homer prone. Josh Fields entered in the 10th, and I’m not gonna say I called it, but it wasn’t that hard to guess how him facing the middle of the order would go.

Sure enough, Jose Altuve and Correa hit back-to-back shots to seemingly end the game at 5-3, and after a crushing double followed he was done. Mercifully, he was relieved by Tony Cingrani, who immediately got a fly out, issued an intentional walk, and induced a double play to escape without further mess.

I kinda assumed it was over at that point, but luckily the Dodgers sure as hell didn’t. Puig started things in the 10th by absolutely bombing a ball to left to make it 5-4.

After two outs, things seemed grim again, but Forsythe worked an impressive walk by battling back from 1-2 and then ended up advancing to second on a wild pitch. That left things to Enrique Hernandez, who struggled against righties all year, and now he was facing one that threw 100 with a wipeout slider. Well all he did was go against the shift the other way to score Forsythe and tie the game at 5-5 in dramatic fashion.

Enrique advanced to second on the play (and should’ve advanced to third if a pick-off attempt didn’t hit the umpire, yeesh), which was important as Taylor had a chance to end it. Unfortunately, he just missed a 2-0 pitch and flew out meekly to center to end the frame.

Brandon McCarthy then entered as the last man the Dodgers had in the pen for the 11th. Things went … poorly. Brando surrendered a lead-off single and then a stolen base, which proved unnecessary after Springer crushed a ball out to right-center to put the Astros up 7-5. McCarthy got the next three batters, but the damage was obviously done.

Things seemed over yet again, and you kinda knew it wasn’t the Dodgers night when Seager lined out to center and Justin Turner did the same except to third. Then, uh, the only arguable mistake Roberts made (besides Stripling) in removing Cody in a double switch ended up working out perfectly as Charlie Culberson hit one out to left.

That gave Puig a chance at tying the game, but unfortunately he eventually lost a nine-pitch battle, striking out on the fifth consecutive change in a row.

What a game … just an unfortunate result for the Dodgers.

Running list of the absolutely ridiculous things that happened in that game pic.twitter.com/58dq3ax967

The players simply didn’t execute when they could and they didn’t get the bounces they needed either, and that’s the way things go sometimes.

Vin Scully was there, which is always awesome. 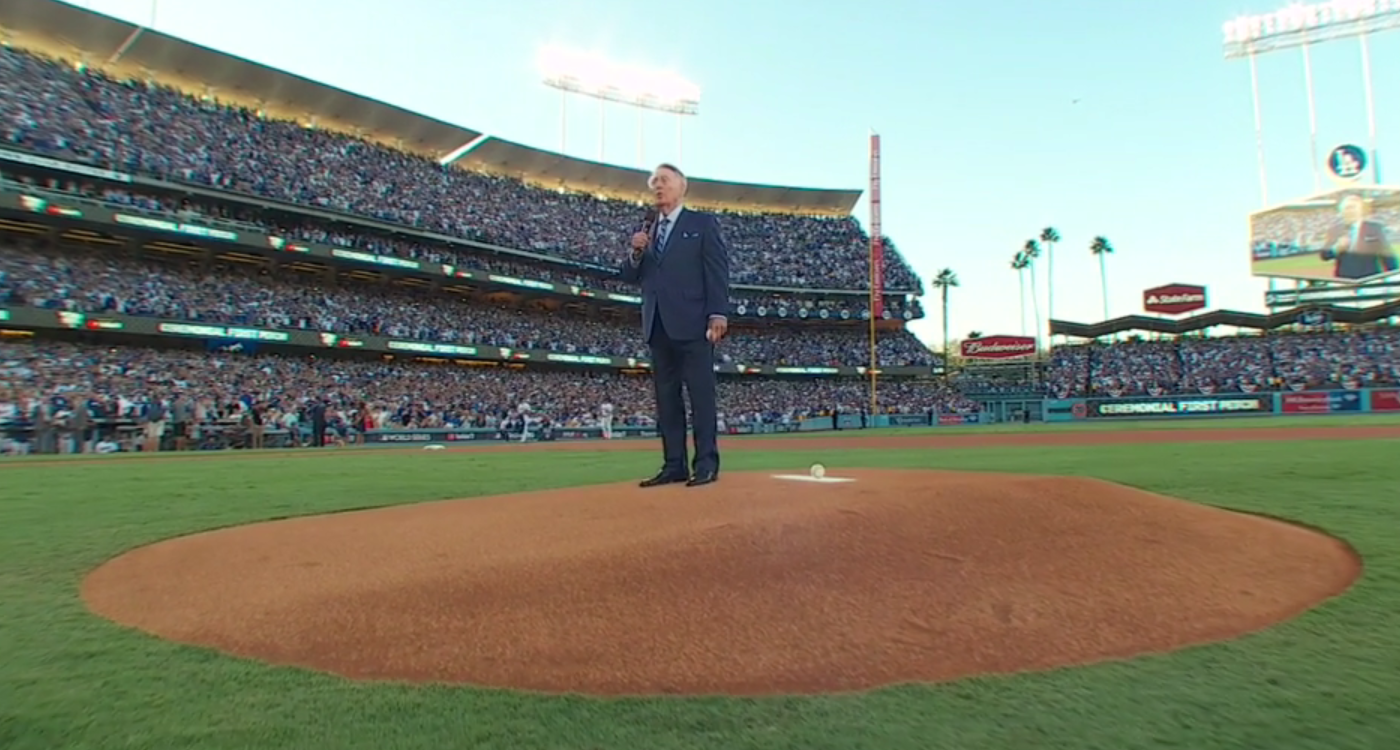 A Puig compilation courtesy of FOX. 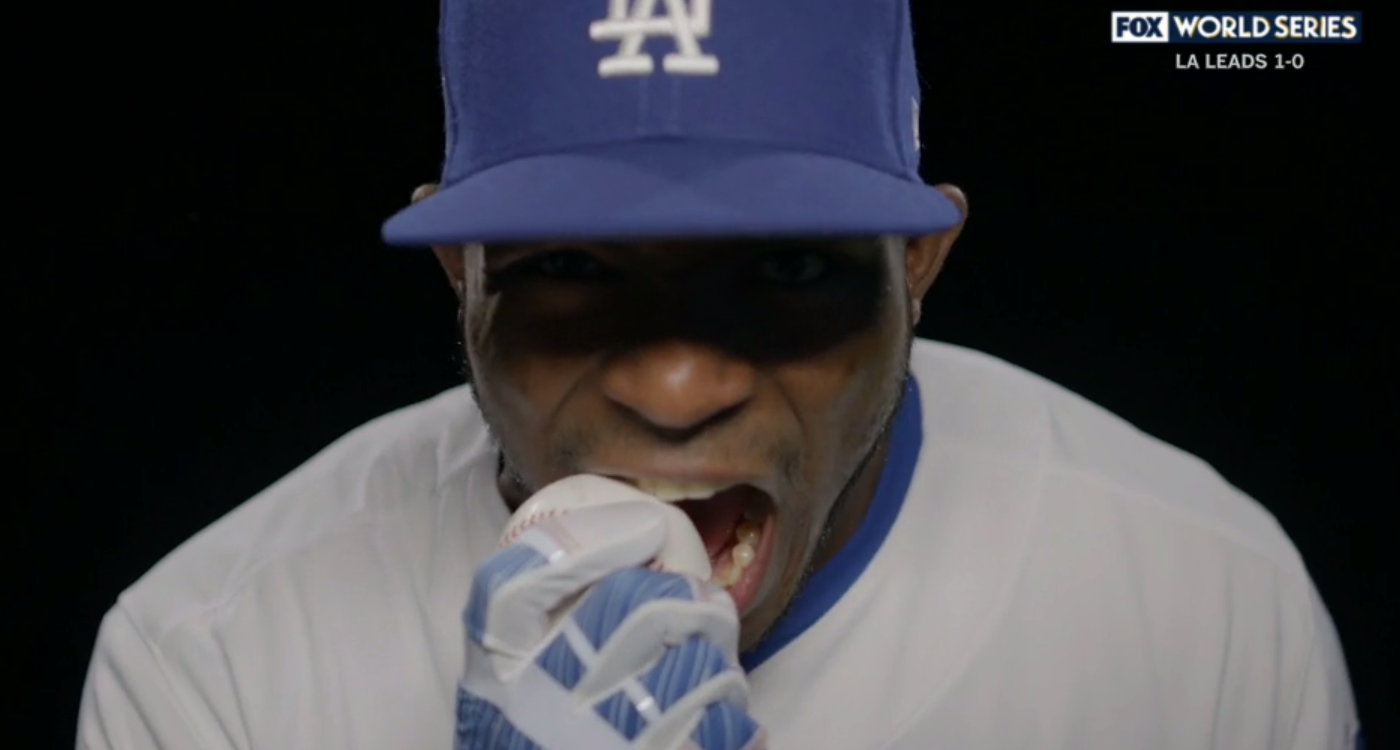 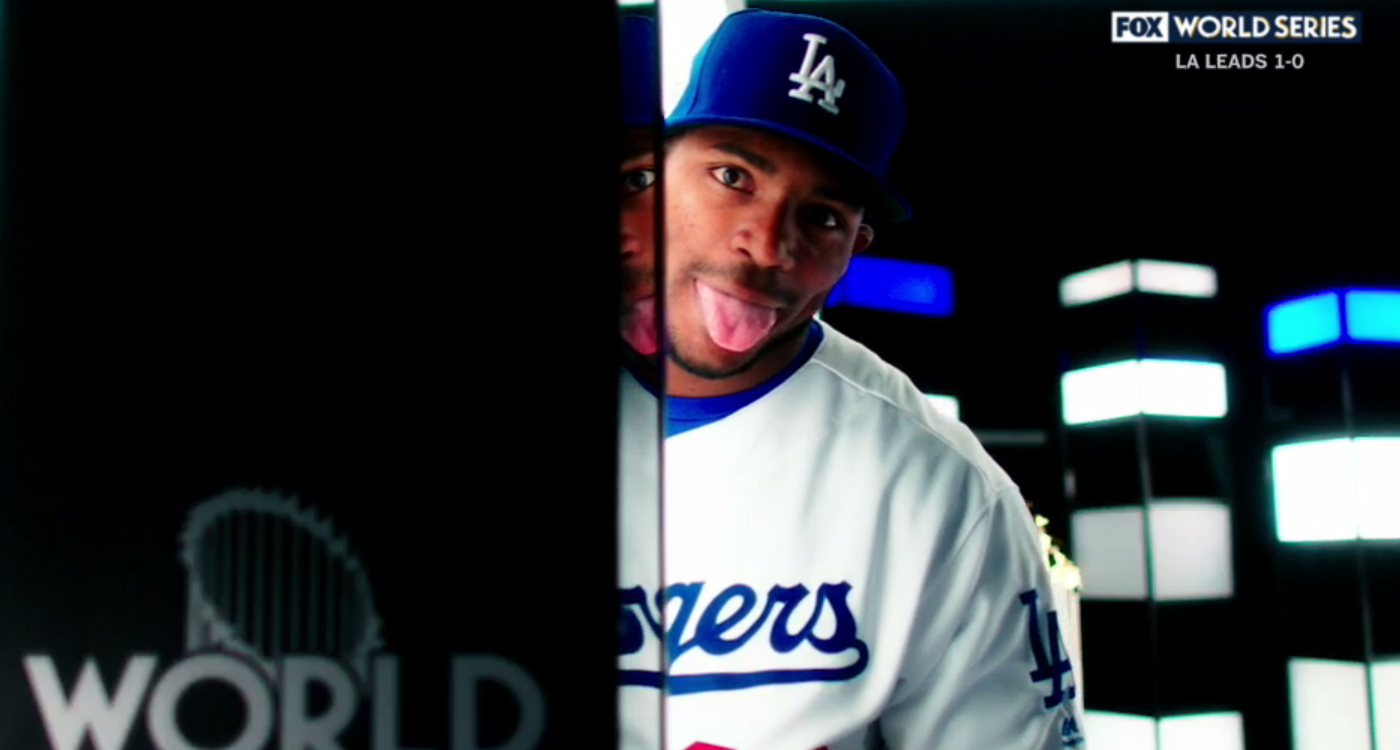 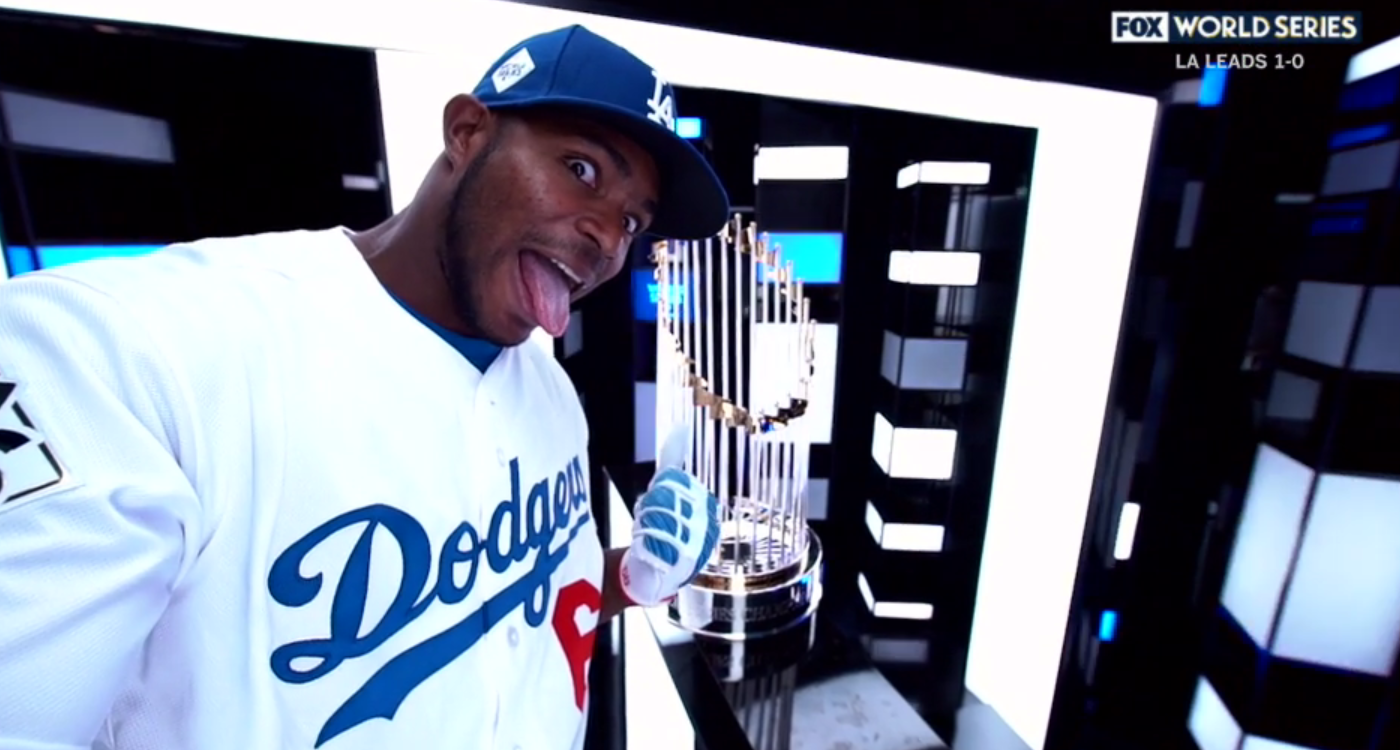 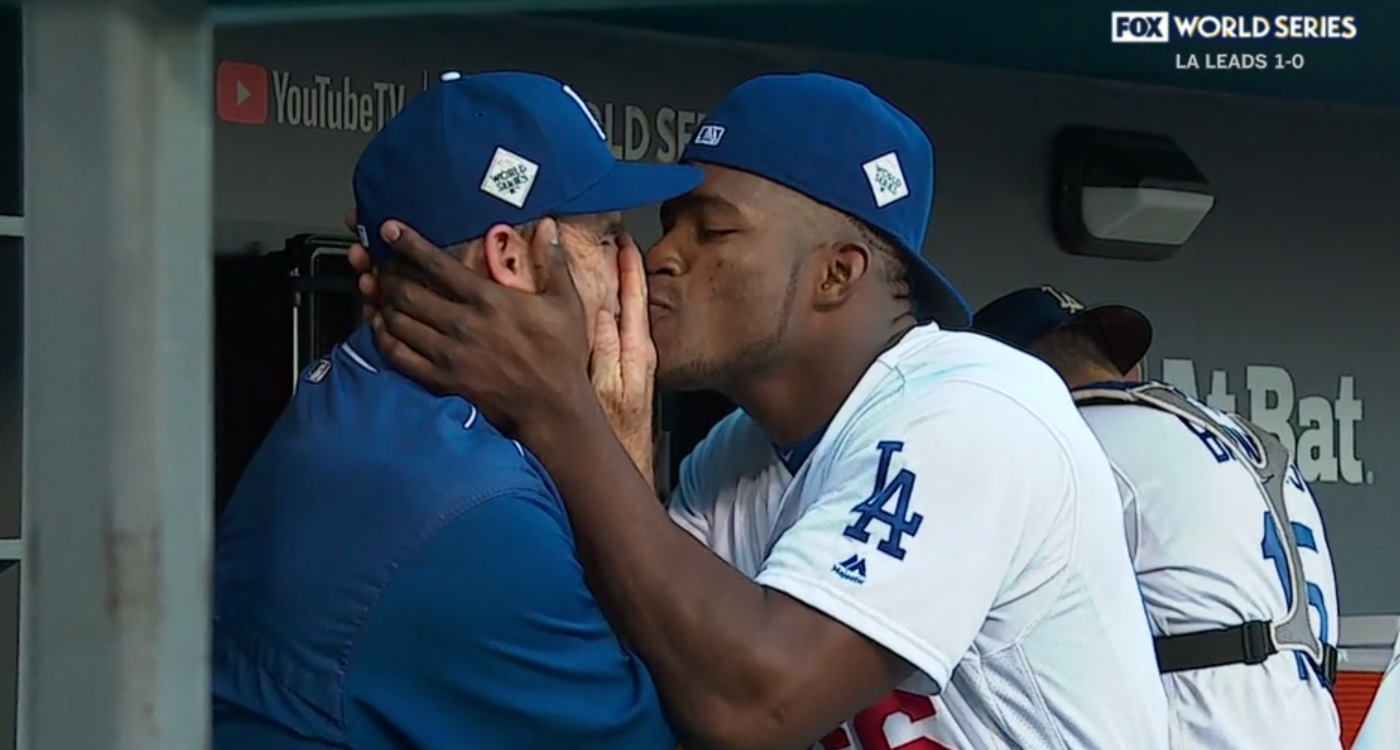 Though FOX had issues with other things.

Well, of all the times for a heartbreaking loss, Game 2 is as good a time as any. The Dodgers are now 8-2 in the postseason and the World Series is obviously tied and one game apiece.

After tomorrow off as they travel to Houston, and the Dodgers send Yu Darvish to the mound against Lance McCullers for the Astros.

Nobody said it was gonna be easy.