The swing that changed the World Series and the Dodgers’ season 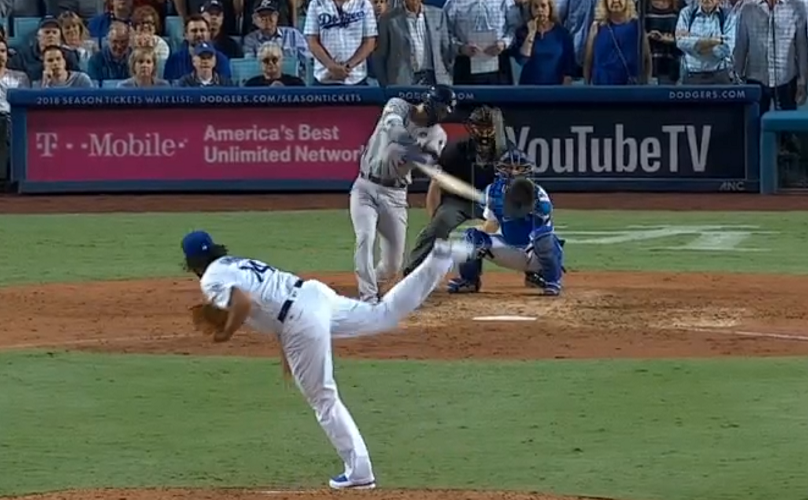 It was a wild World Series full of highs and lows. But there was one pitch, one swing — in hindsight — that completely changed the complexion of the Fall Classic.

In Game 2, with the Dodgers leading 3-2 in the ninth inning, Kenley Jansen began his second inning of work to try to record a 6-out save. First up was Marwin Gonzalez, who was hitting .150/.227/.200 in 44 postseason plate appearances and was 0-for-2 with a walk in this game. Hitting from his stronger side, Gonzalez still got down in the count 0-2 to Jansen. Players hit just .083/.098/.100 against Jansen in an 0-2 count in 2017. For his career, that number is virtually the same: .082/.088/.123. He had allowed just two home runs in his career on 0-2 pitches — both in 2016. One was to Melvin Upton in San Diego that resulted in a walk-off win for the Padres and one was at home against Denard Span and the Giants in a game in which the Dodgers were leading 9-4 at the time.

I honestly didn’t have a great feeling about Jansen coming into Game 2 when he did, or at least him being asked to record six outs. He had thrown 14 pitches the night before to close Game 1 and was coming off a 4-day break after the NLCS, so it isn’t like he was fatigued, but for some reason I was a little nervous.

On 0-2, Jansen made perhaps the worst pitch of his career. It was a cutter intended to be up in the strike zone. Instead, well, it wasn’t. 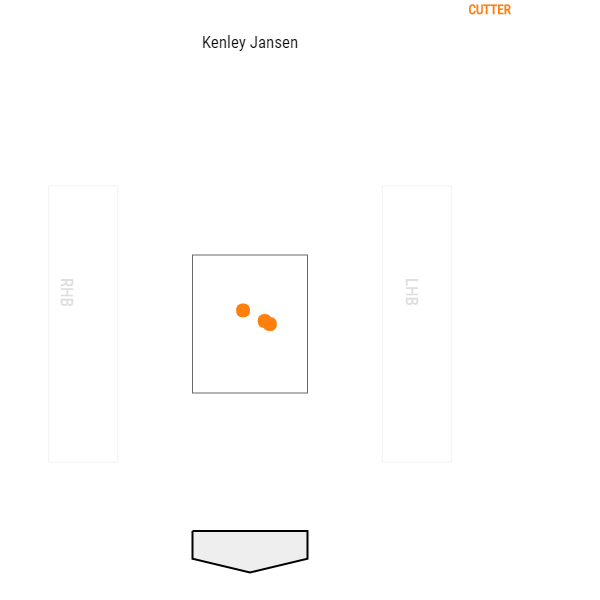 That orange (fitting) dot in the middle of the strike zone … yeah, that’s the one Gonzalez hit out. Even if Jansen had thrown it where the other two were on that plot, Gonzalez probably doesn’t tie the game and things might have ended differently. But, Gonzalez put a good swing on it and hit it out to left-center field. From that point on, it was an Astros-type game. They out-slugged the rest of the way to pickup the win — a win that changed the nature of the series. Teams down 0-2 in a best-of-7 series have won just 16.2 percent of the time, so the Astros avoided a huge hole with the Gonzalez home run that was the catalyst to their Game 2 victory.

The Dodgers had their chances throughout the series — numerous, actually. In that same game, they couldn’t score a runner from third with less than two outs to pad the lead. In Game 5, well, I’d rather not talk about that excuse for a baseball game. In Game 7, they left 10 runners on base and were 1-for-13 with runners in scoring position. It’s not like they couldn’t have figured out a way to get this thing done, they just didn’t. Credit goes to the Astros for that. Credit also goes to Gonzalez for being a really good MLB hitter and being able to do that against the game’s best reliever in such a high-leverage spot after having struggled so much for the month.

This isn’t going to make anyone feel better. The Dodgers didn’t get screwed. They didn’t get unlucky. The umpires didn’t lose the series. The series was, admittedly in hindsight, effectively lost when Jansen allowed that 0-2 pitch to be hit for a home run. We just didn’t know it at the time.

Dustin Nosler began writing about the Dodgers in July 2009 at his blog, Feelin' Kinda Blue. He co-hosted a weekly podcast with Jared Massey called Dugout Blues. He was a contributor/editor at The Hardball Times and True Blue LA. He graduated from California State University, Sacramento, with his bachelor’s degree in journalism and a minor in digital media. While at CSUS, he worked for the student-run newspaper The State Hornet for three years, culminating with a 1-year term as editor-in-chief. He resides in Stockton, Calif.
@DustinNosler
Previous Astros 5, Dodgers 1: Disaster start & missed chances lead to Game 7 & World Series loss
Next Resetting the Dodgers’ 40-man roster following the World Series