Dodgers 8, Rangers 4: 15 hits from bats & 4 scoreless from pen, but Kenley continues to be a worry 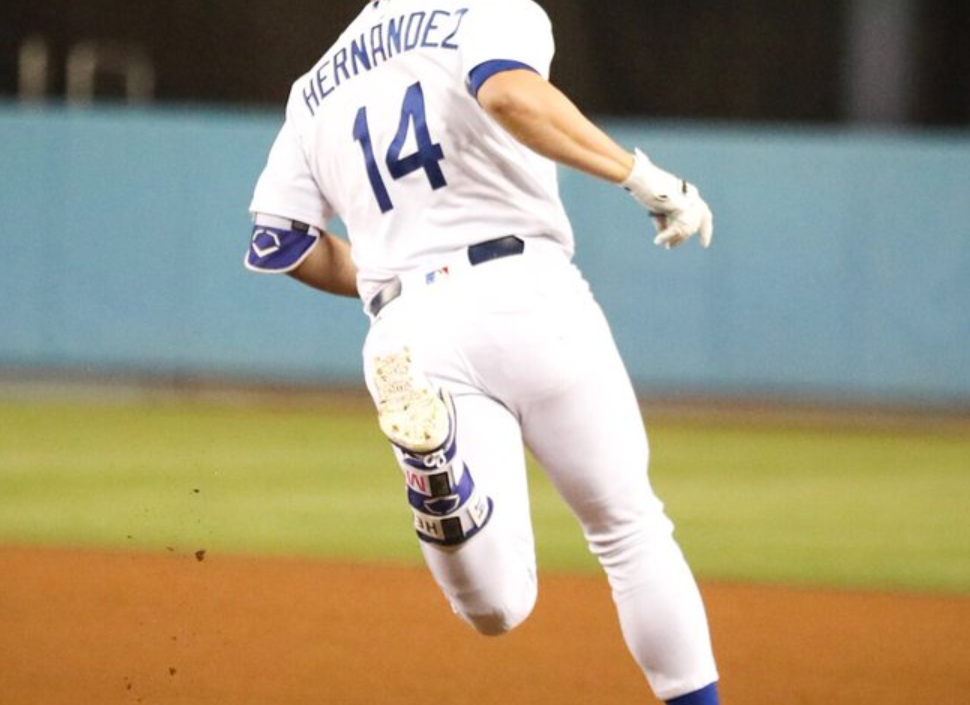 The Dodgers entered a short two-game series on the road in Texas against the Rangers feeling good, as they were coming off a series sweep of the Padres before a day off. Thankfully, they kept that feeling going with an easy 8-2 win mainly due to a 15-hit attack, and they are now winners of their last four.

Ariel Jurado was making just his sixth career start in the bigs, and he had a 6.40 ERA along with a 12/10 K/BB ratio in 32.1 innings. Naturally that had people shaking in their boots over facing him, but thankfully there wasn’t a ton to fret about.

After a quiet first two frames, the 3rd brought fireworks from the Dodgers bats that knocked out Jurado. Enrique Hernandez started with a walk, and with one down Joc Pederson, Justin Turner, and Manny Machado came up with consecutive singles, the latter of which was with the bases loaded and scored two. Then with two outs Brian Dozier yanked a single to left to plate yet another run, making it 3-0 early.

Unfortunately, fireworks were a theme for the inning. After Walker Buehler got two scoreless, he then labored through the 3rd, surrendering three singles and a walk for two runs to cut the lead to 3-2. Buehler did rebound in the 4th with a scoreless inning, but he had already thrown 84 pitches and was removed from the game.

Buehler ended up surrendering just the two runs on four hits and two walks, striking out four batters in four innings. It definitely seems like a positive that this outing was his worst one since late July.

Thankfully the offense continued to add on in the 4th, starting things off with three consecutive singles from Enrique, Chris Taylor, and Joc, with the latter scoring a run thanks to a bobble in left by Shin-Soo Choo.

Later, with one down, Machado hit a towering fly ball to center to drive in another and extend the lead to 5-2. The bats then scored again in the 5th after Dozier led things off with his 20th dong of the year and fourth with the Dodgers, making it 6-2.

They then put a number on the board for the fourth consecutive inning in the 6th, starting with a Turner fly ball double down the line in right and Manny smoking a single up the middle to drive him in to make it 7-2.

Amazingly, they ended up making it five in a row in the 7th after Cody Bellinger tripled to right to start and Enrique drove him in with a deep fly ball to left-center field, giving the Dodgers a 8-2 lead.

The much-maligned pen made sure the insurance runs were a non-story. Caleb Ferguson entered in the 5th and got four outs in a row, two of them coming on strikeouts. Pedro Baez then took over for him with one out in the 6th and got two outs of his own to move things along. Scott Alexander then entered for the 7th, getting another routine 1-2-3 frame, notching a strikeout as well. Pat Venditte took over in the 8th and broke the streak … by allowing an infield single while getting his scoreless frame, including a strikeout.

Kenley Jansen then got the 9th with a comfortable six-run lead to protect, looking to bounce back from his horrid stretch since returning from heart issues. Notably, Kenley is now off his medication (for better or worse), which he said felt like was sapping his edge. Well, that might’ve not been completely it, as he gave up two runs on three singles and a walk before escaping potential disaster and being able to end the game.

How do you not lose concentration on something like this? pic.twitter.com/o1nOEMzGTU

His velocity was generally normal for 2018 at 91-94 mph and the ball did seem to be cutting, but his command was once again the issue, as he either couldn’t get it over for strikes or when he did it tended to be right over the heart of the plate.

The Dodgers desperately need him to get right.

Alex Wood will face a tougher test tomorrow in Mike Minor, starting at 2:05 PM HST/5:05 PM PST/8:05 PM EST, as the Dodgers go for the season series sweep over the Rangers.