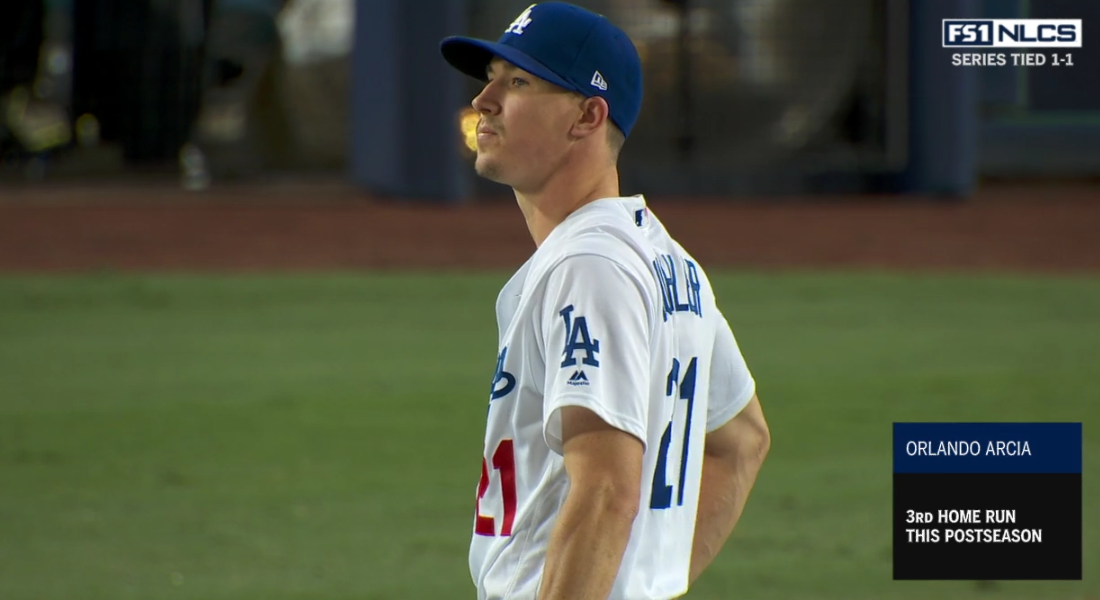 After splitting the first two games of the 2018 NLCS in Milwaukee, the Dodgers arrived home for three consecutive games in Los Angeles against the Brewers looking to take a commanding lead in the series. Instead, they put the Brewers in the driver’s seat, giving the home crowd a pathetically lifeless performance as the Dodgers got shutout, 4-0.

Things didn’t exactly start ideally for Walker Buehler, as he gave up a one-out walk and then a double in the 1st to get the scoring started. However he buckled down from there, getting 16 of the next 18 batters, giving up just a single and an error. With two outs in the 6th, things started to fall apart, not for him, but for the defense. Cody Bellinger seemingly misread a liner to center that resulted in a triple, and Yasmani Grandal failed to block a ball in the dirt to allow another run to score, making it 2-0. 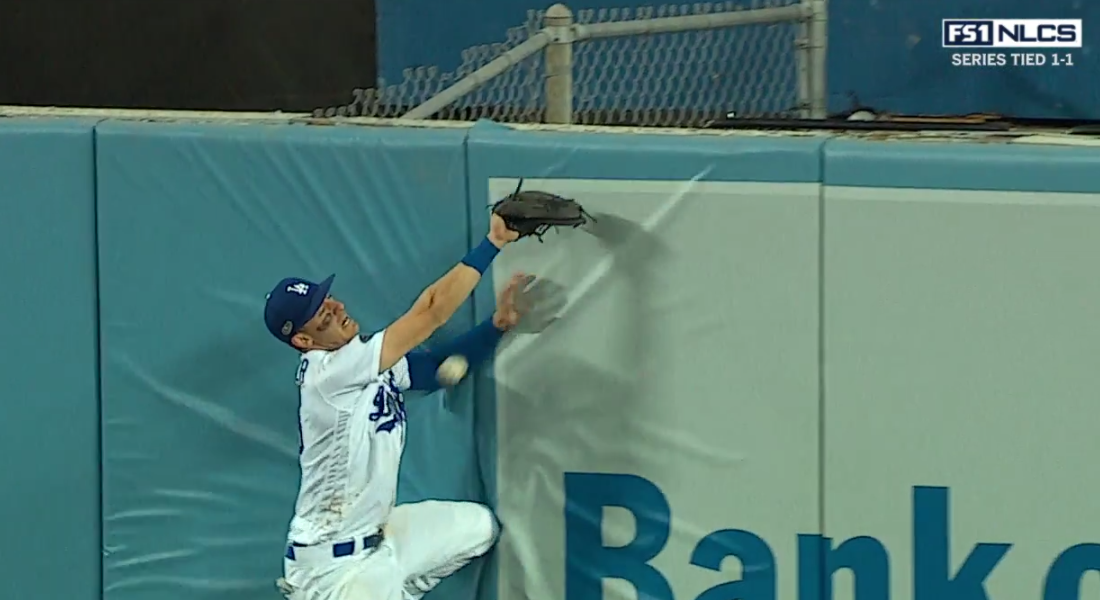 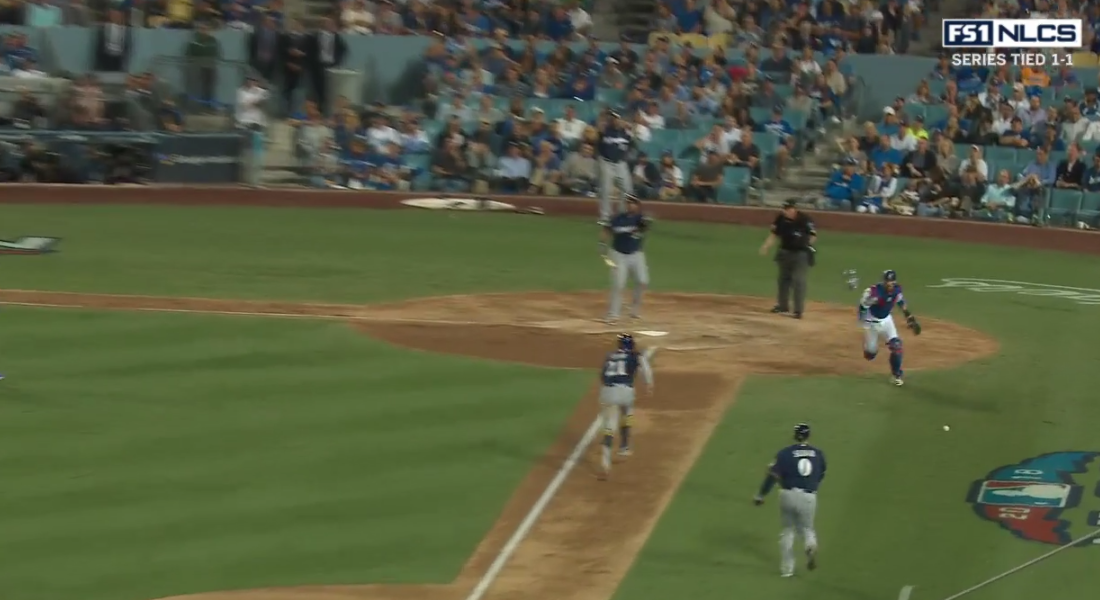 In the 7th, Buehler gave up a one-out double, which was then followed by Orlando Arcia swinging late at a fastball up in the zone and parking it down the right-field line for a two-run homer to make it 4-0. Buehler would make it through the inning, and he pitched better than his ending line, but he still gave up four runs on five hits and a walk. In his seven innings, he did strike out eight, looking dominant at times.

Facing Jhoulys Chacin, the offense didn’t do much, but they also wasted the chances they did get. In the 2nd, the Dodgers managed to put runners on second and third with one out, but Grandal had a key strikeout. That allowed Craig Counsell to issue an intentional walk to Enrique Hernandez, bringing up Buehler, who promptly struck out to end the threat. In the 5th, the bats had a runner on second and nobody out, but Enrique flew out, Buehler struck out again, and Joc Pederson hit a line drive but right at Lorenzo Cain. With one out in the 6th, they were gifted a runner on second through an error, which ended Chacin’s day but not the offense’s nightmare.

Corey Knebel entered in relief and promptly got Manny Machado to ground out and Bellinger to strike out to end yet another threat. He continued on in the 7th, striking out the side in order with ease. The Brewers pen cruised through the 8th, with Joakim Soria getting one out and Josh Hader getting two outs without any trouble.

Alex Wood got the 8th, and he gave up a bunt single, then Grandal gave up another passed ball, and Wood issued an intentional walk. However, in the end, he got a scoreless frame. Dylan Floro got the 9th, allowing a walk and a single, but getting out of it unscathed thanks in large part to a strike-em-out, throw-em-out double play.

The Dodgers did manage to give some hope in the 9th when Jeremy Jeffress entered, as he gave up a single and a double to start, but Bellinger popped out to the infield to help settle things. Still, after a walk loaded the bases, the Dodgers had a chance, but that was quickly killed off thanks to Grandal and Brian Dozier striking out to end it.

For a team as talented as this, there were so many games like this in 2018. Maddening.

Thanks to them laying this egg, the Dodgers are now down in the NLCS 2-1 to the Brewers and are faced with what is essentially a must-win Game 4. Rich Hill will take the mound against Gio Gonzalez on short rest, but it’ll basically be a pen game for them.