Crawford set for DL with ugly ankle injury, Kemp needs to speak up for playing time 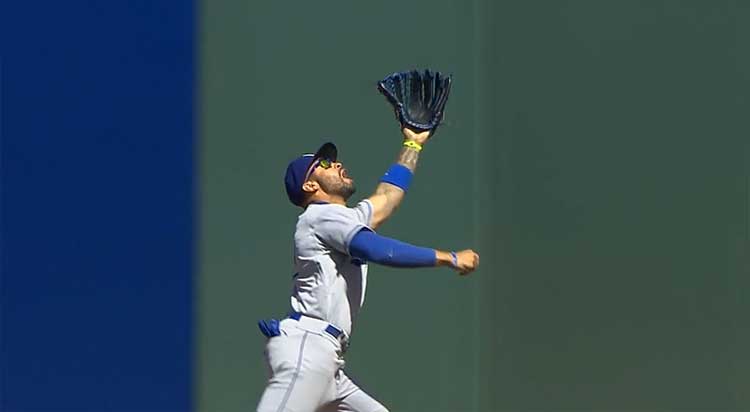 So many have been asking about what’s going on with Matt Kemp and his playing time given that he’s now gone five games without a start and has only pinch hit in two of those games. After all, even when he clashed with Joe Torre, he was only benched for three games. When Andre Ethier threw a fit and Don Mattingly called him out publicly last year, he only sat a game. And when Yasiel Puig showed up late this year and last year, he also only rode the pine for a game both times.

So what could the issue possibly be? Communication from Kemp to Mattingly, apparently.

On Tuesday, Mattingly said Kemp would have to come to him in to get back into the lineup.

“It’s a matter of him saying, ‘I’m comfortable, I’m ready to go,’ ” Mattingly said. “If he tells us he’s comfortable, we’ll go from there.”

I said on Twitter last night that Kemp seemed like a fifth outfielder at the moment, but he’s actually less than that because in Mattingly’s mind he’s simply not prepared to do anything else but pinch hit.

On the surface, Kemp’s playing time appears to simply be a matter of seeking out Mattingly and letting him know he’s ready to go. But given that Kemp has already told the media he’s ready to play, one would assume Kemp has also already told Mattingly he’s ready. However, it’s worth noting that Kemp has acted a bit like an emo kid at times in the past when things weren’t going great for him. So it’s likely that Kemp hasn’t been exactly the most receptive to this ego-bruising move and it’s just taking him time to deal with it before approaching Mattingly with commitment to the switch, much like what went down with Torre years ago. That could explain the divide between Kemp’s quotes and what Mattingly is waiting to see from him.

Why? Because of this nightmare fuel. 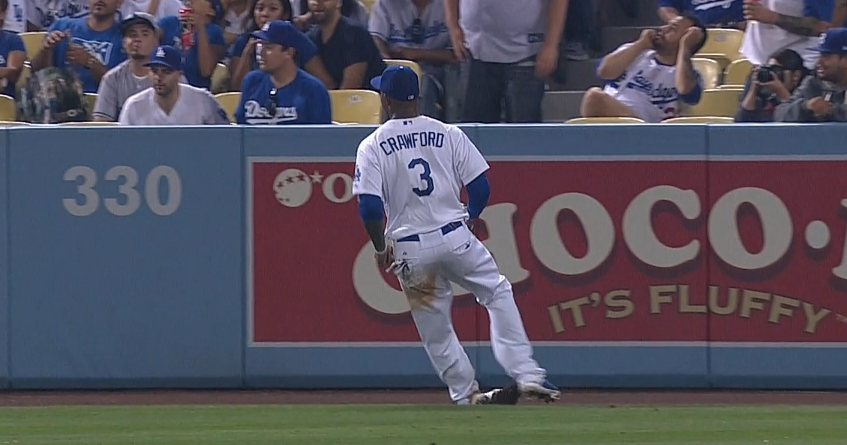 That’s Carl Crawford‘s ankle while chasing down a double in the left field corner last night, and while x-rays were negative, that was probably only because the ankle has been detached from his leg or something. Brutal.

Despite not having an MRI done yet or anything, Crawford’s already acknowledged as going to the DL with a sprained ankle, and he doesn’t sound optimistic about recovery time at the moment.

Dodgers left fielder Carl Crawford is headed for the 15-day disabled list after spraining his left ankle near the foul line while fielding a double in Tuesday’s eighth inning.

He was using crutches and a hefty boot as he spoke to the media almost an hour after the Dodgers’ 6-3 win.

“I think it’s going to take a while,” Crawford said. “It swelled up pretty bad on me.”

Crawford’s 2014 line is .265/.288/.401/.689, and he has posted one of the lowest walk rates of his career so far, so it’s not like he’s been awesome overall or anything (0.2 WAR). But it’s a blow at the moment because the team is playing well and he was finally starting to get rewarded for consistently putting his bat to the ball via a quickly rising BABIP and an .871 May OPS.

But now the reality is that Crawford’s out, seemingly for quite a bit of time, and it’s going to fall to Scott Van Slyke and Kemp to take over duties in left.

Looking at the big picture, regardless of whether Crawford’s healthy or not, the ideal lineup is probably Puig in right until the end of time, with Ethier/Kemp platooning in center and Kemp/SVS doing the same in left. For now, though, they’ll likely want Kemp to just stick to adjusting to left field. And hopefully Kemp soon agrees that the move is what’s best for him and his career, he talks to Mattingly about it, and he gets back in the lineup later today.

The Dodgers are going to need Kemp to step up now, and that starts with him accepting his new position as soon as possible.