Jake Peter is a thing, apparently 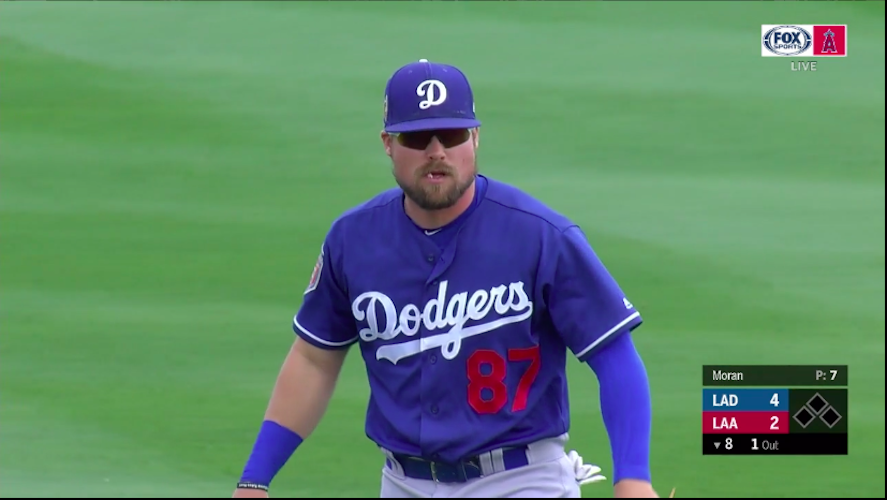 The Dodgers have found the new market efficiency, targeting players whose names are solely comprised of first names.
Chris Taylor was the breakout two-first-name star from last season, and in one trade this off-season, the Dodgers acquired two individuals who had a combined four first names.

The Dodgers traded Trevor Oaks and Erick Mejia to Kansas City and Luis Avilan to the White Sox in a three-team deal. The headliner of the deal for the Dodgers was Scott Alexander, who figures to be a key bullpen piece this season. They also received Jake Peter, who was the No. 10 prospect in the Sox’ farm system entering 2017, according to Baseball America.

Alexander was the prize, but Peter is starting to become well-known among Dodger fans. Dustin had Peter as the Dodgers’ No. 26 prospect on his 2018 prospect rankings. And here’s what Chad wrote when the trade went down.

The parallels to Taylor are almost too obvious, and it goes deeper than each having two first names and being versatile players. Last spring was Taylor’s first with the Dodgers. He made a name for himself by posting a .354/.483/.500 triple slash line in 60 plate appearances. While he didn’t crack the Opening Day roster, Taylor was called up in mid-April and stayed up all the way through the World Series. I wrote about him at length last week.

This spring, Peter has become a breakout star, with a .368/.381/.1000 triple slash. He’s only had 20 plate appearances, but five of his seven hits have gone for extra bases (three home runs, one double and one triple). He’s put the ball in play with regularity, as he only has two strikeouts and one walk so far this spring. Peter hit 24 home runs in four years before coming to the Dodgers’ organization, so his powerful spring might seem like a surprise. However, 13 of those 24 home runs came last year. Here’s a quote from a piece True Blue LA ran on Peter last Sunday.

“I made a lot of adjustments last offseason to my swing. I tried to have a more aggressive approach, put in a leg kick, and made some mechanical changes to my swing,” Peter said. “When I was on that hot streak, everything just kind of started to click and I got my timing down.”

The Dodgers are no stranger to the leg kick game. Both Taylor and Justin Turner added leg kicks before their breakouts, and while becoming a good hitter isn’t as simple as a leg movement, the Dodgers have had success with it in the past. The more familiar Peter gets with his new swing, the more consistent he should be at the plate.

Like Taylor last season, Peter has an extremely low shot of making the Opening Day roster. Barring a number of injuries, the Dodgers are already facing a major roster crunch. Crazier things have happened, but Peter’s chance of making the roster are slim. Peter also isn’t on the 40-man roster, meaning the Dodgers would need to open up a 40-man spot in order to have him on the 25-man roster.

Obviously, there are a number of potential outcomes for Peter. Having two first names and a leg kick doesn’t mean he’s going to become the next Taylor. However, he should be able to make an impact moving forward. His versatility is a nice bonus, and with Logan Forsythe entering the final year of his deal, second base should be wide open next season. Taylor and Enrique Hernandez are the obvious candidates to fill that role, and Dustin took a look at Austin Barnes as a potential second baseman long-term. If Peter continues his hot hitting in the minors, he should be able to force his way into the conversation moving forward.

At worst, Peter seems like an intriguing piece to keep an eye on throughout this year. He’s spent parts of the last two seasons at Triple-A, and figures to see most of his time there this season. If he continues to mash (and hopefully draw a few more walks), Peter could see big league playing time before September.

I've been writing about the Dodgers since I graduated from Long Beach State, where I covered the Dirtbags in my senior year. I'm either very good or very bad at puns.
@@ac3581
Previous Brock Stewart is charting a strange path
Next Dodgers make first cuts and trim 20 from camp, leaving 18 demotions left to go